In 2018, Democratic Sens. Bob Menendez of New Jersey, Dick Durbin of Illinois, and Pat Leahy of Vermont sent a letter to the Ukrainian general prosecutor accusing him of trying to “impede cooperation” with Special Counsel Robert Mueller’s investigation into collusion by the Trump campaign.

“On May 2, the New York Times reported that your office effectively froze investigations into four open cases in Ukraine in April, thereby eliminating scope for cooperation with the Mueller probe into related issues,” the senators wrote to General Prosecutor Yuriy Lutsenko. “The article notes that your office considered these cases as too politically sensitive and potentially jeopardizing U.S. financial and military aid to Ukraine.” 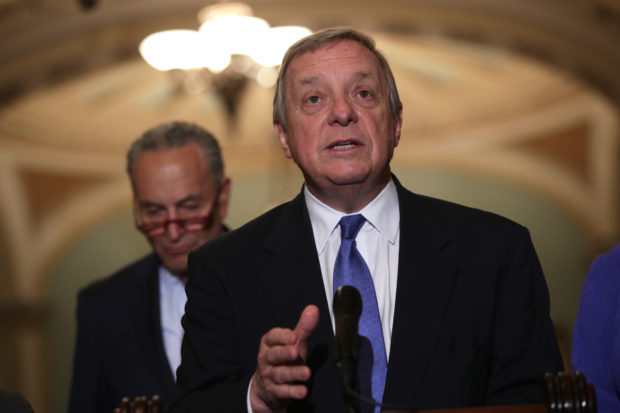 The senators also specifically add that it would be a mistake for Lutsenko to drop the investigations “in order to avoid the ire of President Trump.”

The letter also appears to dangle U.S. support for Ukraine as a reason for the country to continue cooperating with the investigation, stating, “In four short years, Ukraine has made significant progress in building [democratic] institutions despite ongoing military, economic and political pressure from Moscow. We have supported that capacity-building process and are disappointed that some in Kyiv appear to have cast aside these principles.” 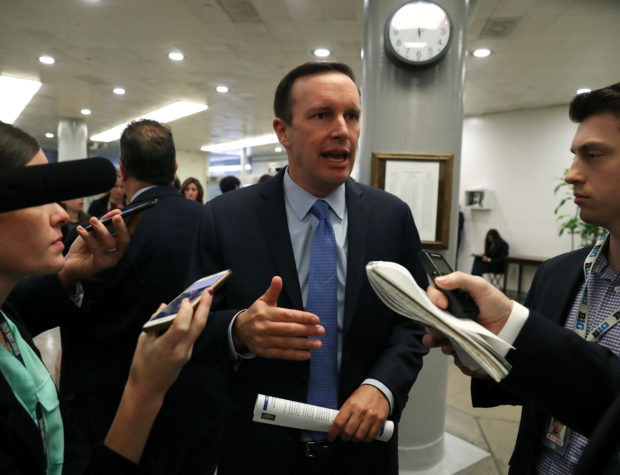 “I told Zelensky that he should not insert himself or his government into American politics. I cautioned him that complying with the demands of the President’s campaign representatives to investigate a political rival of the President would gravely damage the U.S.-Ukraine relationship. There are few things that Republicans and Democrats agree on in Washington these days, and support for Ukraine is one of them,” Murphy told The Hill’s John Solomon.

And, of course, in 2016, the Obama administration urged Ukraine to fire the prosecutor leading an investigation into Burisma Holdings, a Ukrainian oil company, or risk a $1 billion guaranteed loan from the U.S. Biden bragged about the move in January 2018, despite the fact that his son, Hunter Biden, was being paid by and on the board of Burisma at the time.

Meanwhile, Democrats are pursuing an impeachment inquiry because Trump asked Zelensky to investigate whether Biden called for the firing of the prosecutor in order to protect his own son. A transcript of Trump’s phone call with Zelensky in July confirmed the request, but did not demonstrate that he threatened to withhold aid if the investigation weren’t carried out.