Michigan Democratic Rep. Rashida Tlaib copied her viral video from earlier this year where she called President Donald Trump a “motherf****r” at an impeachment protest Thursday outside the United States Capitol.

At the protest, Tlaib said to the crowd, “We are ready to impeach,” before the crowd erupted repeating her past comments about Trump, “the mother f***er!,” according to Fox News reporter Chad Pergram. 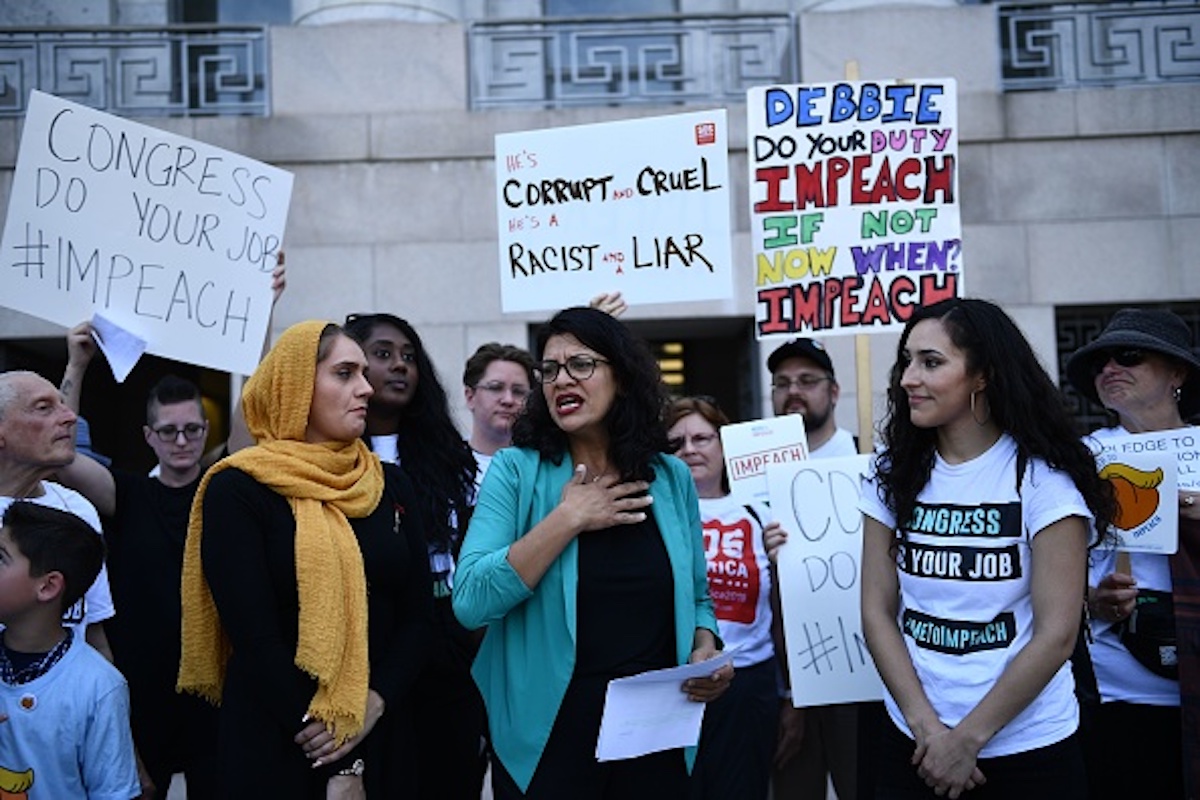 Tlaib came under fire just hours after being sworn into Congress in January for telling a group of left-wing supporters she would help Democrats “impeach the motherf****r,” referencing Trump. (RELATED: EXCLUSIVE: Does Rep Tlaib Still Want To ‘Impeach The Motherf***er?’ Here’s What She Said)

Tlaib also said “this is not about the 2020 election, it’s about doing what’s right now for our country. This is going to be a precedent that we set when we don’t hold this president accountable to the rule of the law and to the United States Constitution.” (RELATED: Tlaib Says House Democrats To ‘Demand’ Move Towards Impeachment)

Tlaib was sworn in as the first Muslim congresswoman alongside Minnesota Democratic Rep. Ilhan Omar in January.