Joe Biden’s campaign wrote to executives at ABC, CBS, NBC, CNN and Fox News to “demand” that Rudy Giuliani not be invited on the air to discuss Ukraine and President Trump because of what they called his misleading comments about the Biden family https://t.co/NM6rKtmVuu

According to a report published Sunday in The New York Times, a note authored by Biden advisors Kate Bedingfield and Anita Dunn alleged that allowing Giuliani to discuss the situation with Ukraine was simply giving him a platform from which to “spread false, debunked conspiracy theories.” (RELATED: Joe Biden, Donald Trump, And Ukraine: An Explainer)

We are writing today with grave concern that you continue to book Rudy Giuliani on your air to spread false, debunked conspiracy theories on behalf of Donald Trump. While you often fact check his statements in real time during your discussions, that is no longer enough. By giving him your air time, you are allowing him to introduce increasingly unhinged, unfounded and desperate lies into the national conversation.

The letter blasted Giuliani for two full pages, arguing that he was “certainly not adding new facts, since his relationship with the truth is casual at best” and suggesting that he did not deserve a platform because he was not an elected official.

“Simply saying that you will put a Democrat on, at a time when there are many declared candidates for the Democratic nomination for the presidency, is neither fair treatment nor equal treatment,” they explained. 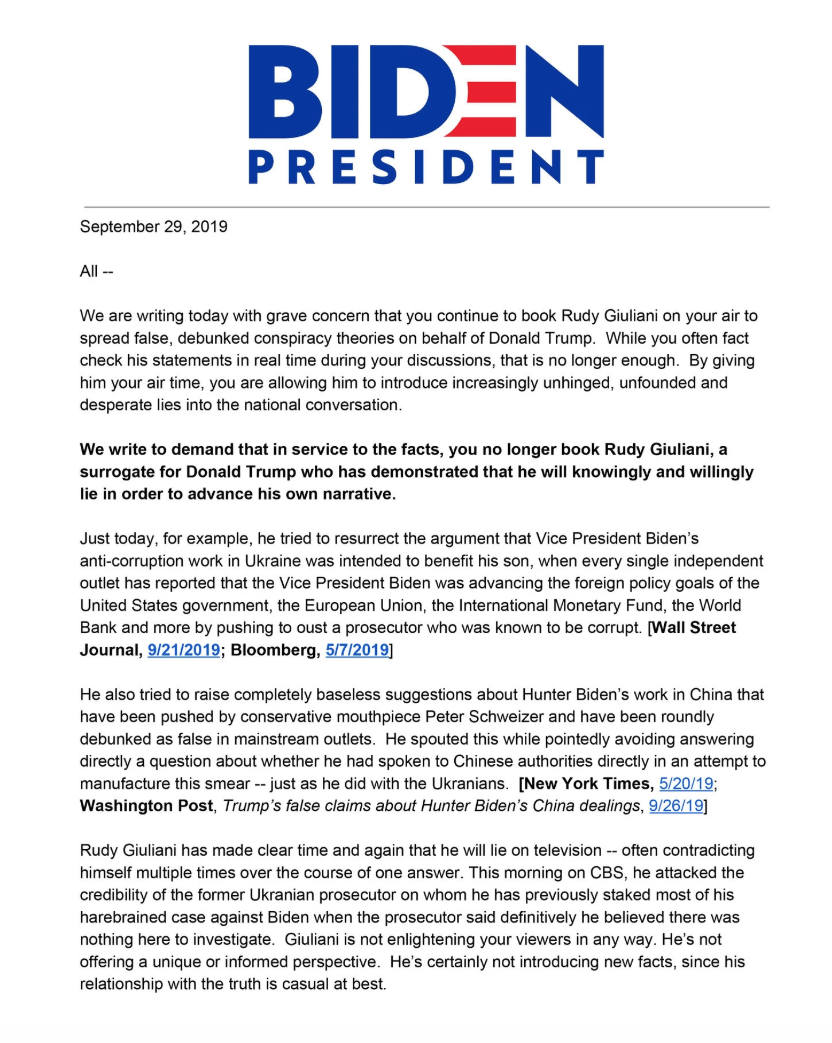 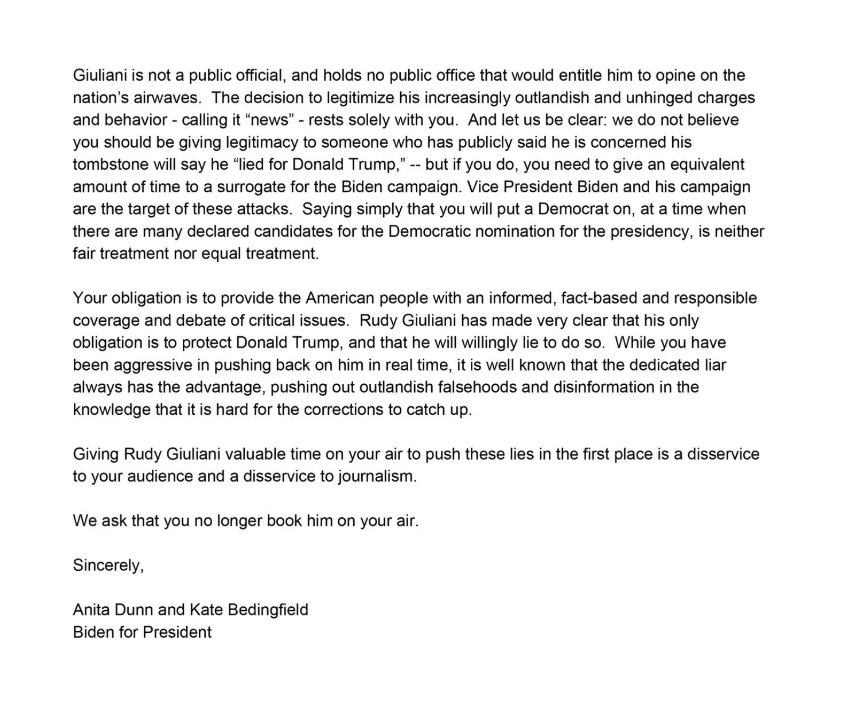 The two-page letter was reportedly sent to executives at ABC, CBS, NBC, CNN and Fox News as well as a number of top anchors at those networks.

Giuliani has appeared on a number of networks to discuss President Donald Trump’s July 25 phone call with Ukrainian President Volodymyr Zelensky, and he has repeatedly turned the conversation to Biden and his son Hunter, who were mentioned by Zelensky in reference to his own efforts to “drain the swamp” in Ukraine.