Democratic presidential candidate Julian Castro traveled to Mexico to escort a group of LGBT migrants to the U.S. border, an attempt to showcase how the Trump administration’s immigration policy hurts vulnerable immigrants.

Castro traveled to Matamoros, Mexico, home to a large base of migrants hoping to enter the U.S., and led a group of asylum seekers to the border Monday. The group of migrants were made up of LGBT and other vulnerable individuals who should be exempt from the Trump administration’s Remain in Mexico policy, Castro said, because they are allegedly being subjected to persecution.

“What I saw in across the border in Matamoros, Mexico is a national embarrassment — one entirely of [President Donald] Trump’s creation,” the former Housing and Urban Development secretary wrote Monday on Twitter. “Make no mistake: his agenda is killing people — and it’s on purpose.”

Castro escorted 12 LGBT and disabled migrants to the Texas border, where Customs and Border Protection (CBP) agents placed their cases under review. A statement from the agency confirmed that the Democratic candidate reached the border.

“He was processed without incident and entered the U.S.,” CBP media spokesman Richard Pauza said to the Daily Caller News Foundation.

However, CBP ultimately sent the 12 migrants back to Mexico.

“[H]ours after we were told LGBT and disabled asylum seekers would have their cases heard, they have been returned to Mexico. By law, these migrants are supposed to be exempt from the Remain in Mexico policy — but [CBP] had decided to ignore their due process,” Castro tweeted Monday. “Outrageous.” 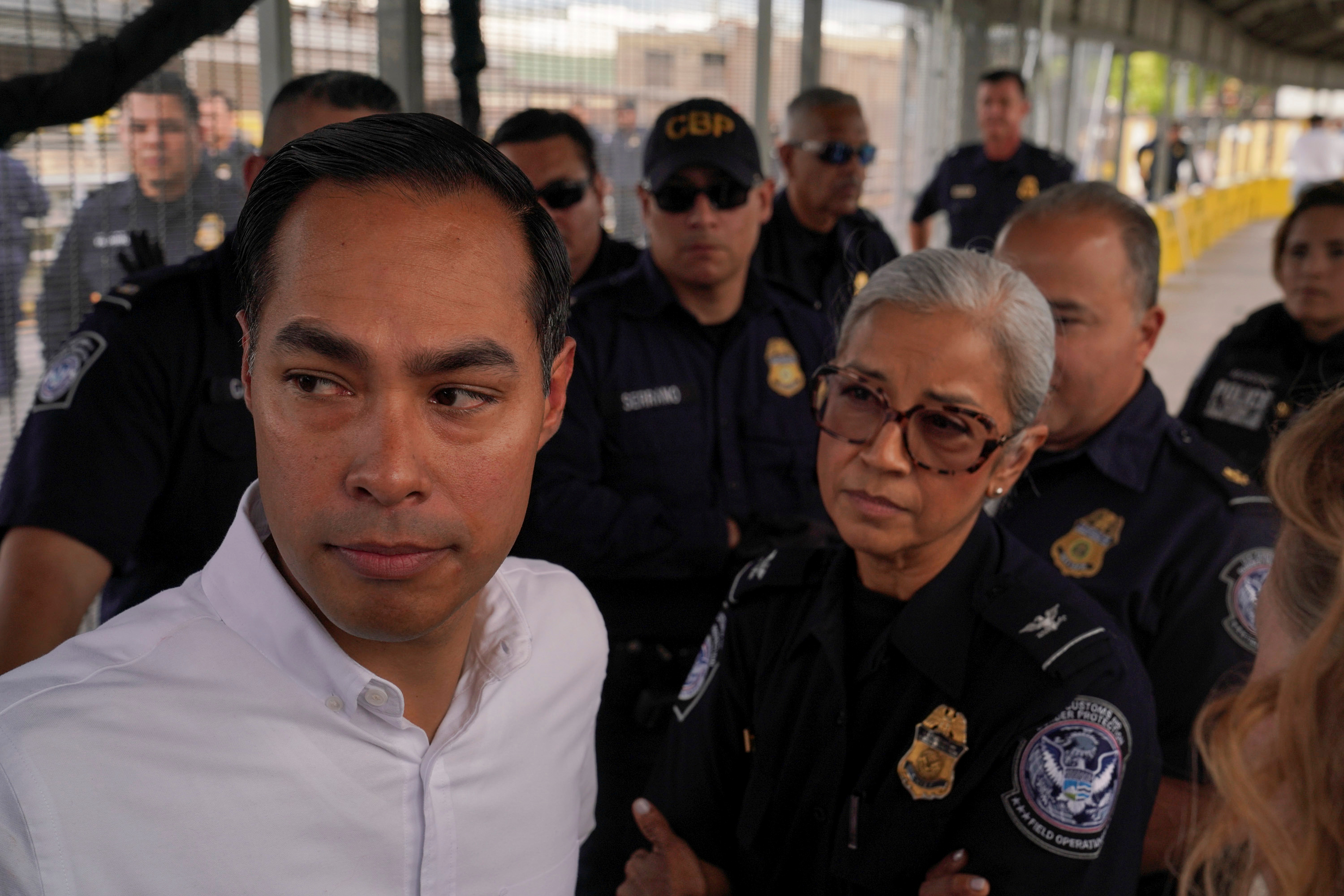 Democratic U.S. presidential candidate Julian Castro waits for 12 of the asylum seekers that have been sent back under the Migrant Protection Protocols (MPP) to walk them over to try to have them exempt so they can continue their asylum case in the U.S. in Matamoros, Mexico, Oct. 7, 2019. REUTERS/Veronica G. Cardenas

Remain in Mexico — also known as Migrant Protection Protocols — is a program the Trump administration spearheads that requires U.S. asylum seekers who arrive at the U.S. southern border to wait in Mexico as their claims are processed through the immigration court system.

The policy aims to reduce fraud by eliminating what’s known as “catch and release,” the release of migrants into the U.S. interior shortly after they are apprehended and claim asylum. Keeping asylum seekers in Mexico until a judge adjudicates their claims, the administration argues, mostly eliminates the incentive for migrants hoping to exploit the U.S. immigration system and provides relief to government resources.

The program, officially launched in January, has successfully booted tens of thousands of migrants back into Mexico to wait for asylum claims to be processed. Matamoros is one of several Mexican border towns with a large population of U.S. asylum seekers. (RELATED: Ocasio-Cortez Wants To Give Illegal Immigrants Access To Welfare)

Castro, who has introduced a number of far-left immigration proposals, says he would immediately end the Trump administration’s Remain in Mexico policy by way of executive order if he were elected to the White House.

“It’s a disaster of a policy. It flies in the face of the way the United States has honored asylum claims in the past,” he said of the directive. “I would actually go back to how we used to do this, which was more effective.”