The wife of a convicted hacktivist said the Federal Bureau of Prisons is punishing her husband for speaking about poor prison conditions.

Marty Gottesfeld was sentenced in early 2019 to ten years in federal prison for hacking into the website of Boston Children’s Hospital in 2014.

At the time, Boston Children’s Hospital was working with Child Protective Services to hold Justina Pelletier, who had been treated at Tufts for a rare mitochondrial disorder.

Pelletier’s parents took her to Boston Children’s Hospital because their regular doctor was unavailable. The BCS doctors and staff refused to accept her rare diagnosis, arguing that Justina wasn’t sick but rather psychosomatic, with thoughts being placed into her head by her parents. She was held at the hospital against her family’s will for 16 months. 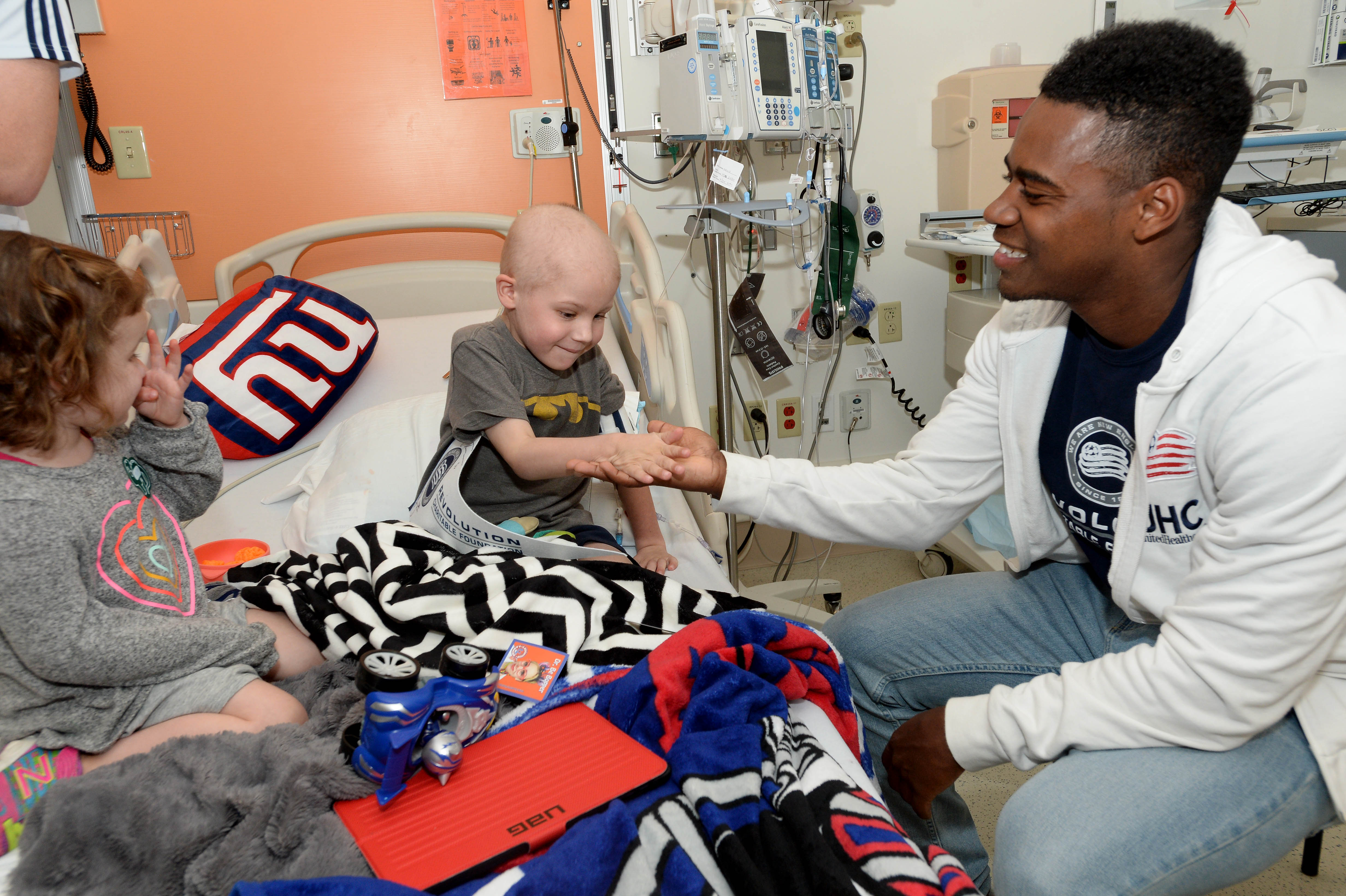 “We’d first been fighting institutional child abuse against an abusive behavior modification program named Logan River Academy in Utah, so it was already on our radar that ‘professionals’ could abuse children under the guise of ‘treatment,’” Dana Gottesfeld said in an email.

Logan River has been exposed by former patients for beatings, isolation, and indoctrination, and even faced the wrath of the hacking group Anonymous.

Logan River did not respond to an email for comment.

“When Marty started to hear about Justina’s case on social media, he was concerned to learn that the abuse was happening at a world renowned institution in our own backyard of Boston, when Justina was just a guest in the state,” Dana Gottesfeld added.

She said that her husband shut down the main Boston Children’s Hospital website and never put any patients in danger.

Boston Children’s Hospital did not respond to an email for comment.

Dana Gottesfeld said her husband was concerned for Justina’s safety and his hacking had an effect.

“The effects were that Justina was moved to a new facility in Connecticut AND the ridiculous visiting rules were more relaxed. Being moved to the new environment afforded her the opportunity to record a video with her sister in which she begged the governor and her judge,” Dana Gottesfeld said. “’All I really want is to be with my family and friends’ and, ‘You can do it. You’re the one that’s judging this. Please let me go home,’ and shortly later she was released.”

Dana said after her husband looked into the case, his worst fears were confirmed, “In the course of his due diligence, he verified a couple of things that raised serious red flags. One was Family Court Judge Joseph Johnston gagging her parents from talking to anyone, including the media, about their own daughter’s case. Another was from Bader 5 psych ward whistleblower nurse Katie Higgins who wrote, ‘It would be far more accurate to call the ‘treatment’ forced on Justina by its more proper term, ‘torture.'”

Marty’s 86-page affidavit detailing Judge Gorton’s financial and other connections to Justina Pelletier’s tormentors finally appeared on the docket today. So did 604 pages of exhibits of supporting the documentation. You can view all that for free below: https://t.co/d8idsRRyah

Judge Johnston received criticism, particularly for issuing a gag order on the Pelletiers. Mark Steyn, writing on his blog, noted, “Since then he has been under a “gag order’ imposed by Suffolk County judge Joseph Johnston. Initially, Mr. Pelletier abided by the terms of the gag order, and didn’t talk about what had happened to his daughter. Only when he broke the order and began discussing the case on TV and radio did the tide begin to turn.”

After the media firestorm, Justina was released and her parents have since sued, alleging Justina was used for medical experiments and research.

Marty Gottesfeld remained a target. In February 2015, he and Dana were married and less than a year later he was taken into custody, denied bail, and he’s remained incarcerated since.

Gottesfeld, in appeals, has argued that he was only convicted because he was not allowed to present evidence that he hacked only because he was concerned for Justina’s life.

Marty Gottesfeld, writing for the website News Wars, also alleged the judge in his case, Nathaniel Groton, had a conflict. “Some of the highlights (or perhaps in this instance it would be more fitting to coin the term “lowlights”) include financial and organizational relationships shared between Judge Gorton, the first witness for the government, and one of the jurors in my case, a 3-way money triangle comprised of The Clinton Global Initiative, Judge Gorton’s family seafood business(es), and some of the Harvard doctors who were allegedly affected by my efforts to save Justina’s life,” he wrote.

A voicemail left with, Christine Lima, the clerk for Judge Groton, was left unreturned.

Since being incarcerated, Marty Gottesfeld has been moved to several facilities, even spending some time at the Metropolitan Correctional Center in New York City where he got to know Nicholas Tartaglione, the roommate of Jeffrey Epstein. 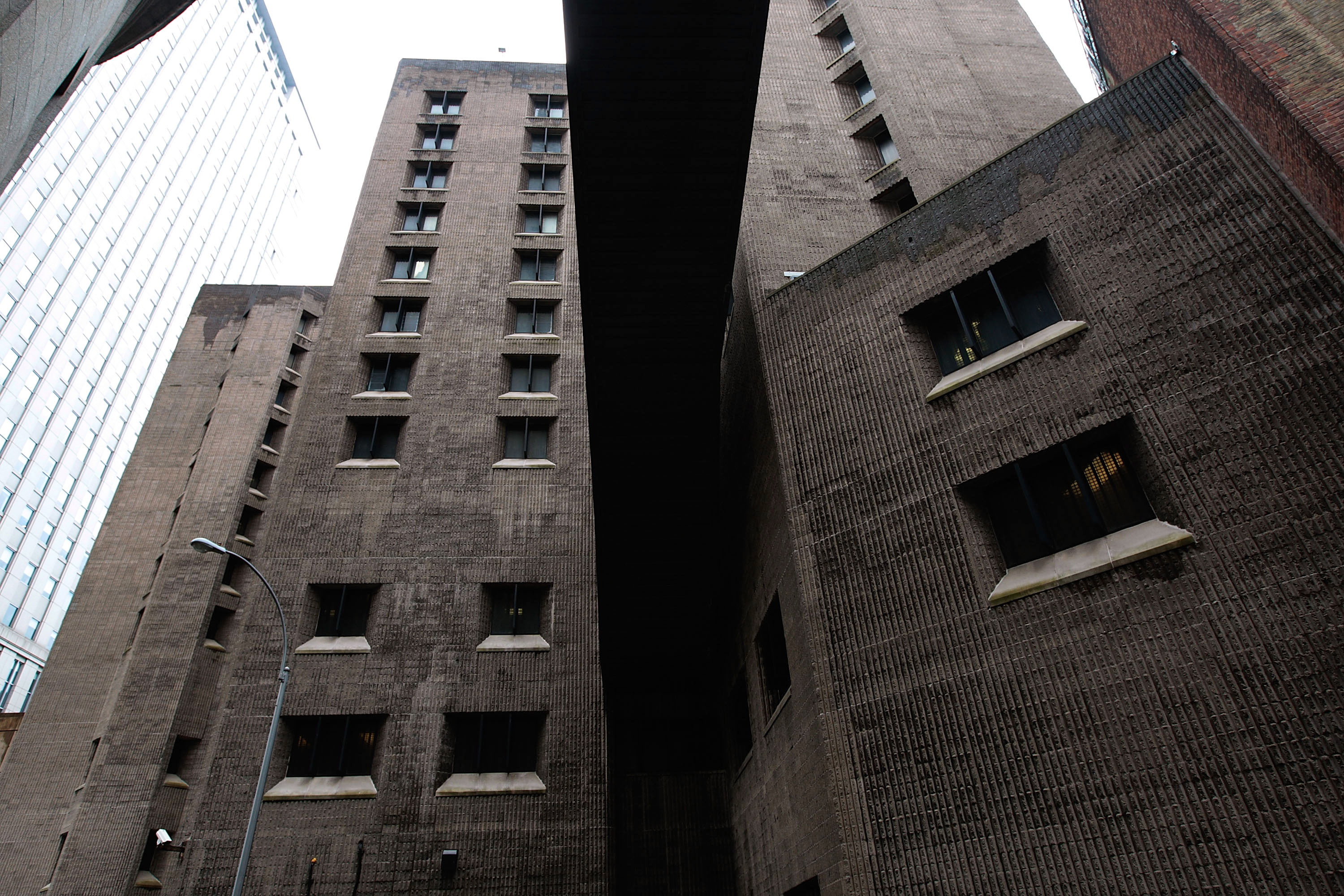 NEW YORK – JUNE 09: The side of the Metropolitan Correctional Center is seen June 9, 2009 in New York City.  (Photo by Chris Hondros/Getty Images)

In 2016, he went on a hunger strike in prison. (RELATED: The Prison Where Jeffrey Epstein Was Housed Is Understaffed, Has Awful Living Conditions And Corruption Problems)

He’s also become a journalist, having numerous articles published in both the Huffington Post, Red State, and others.

Dana Gottesfeld said that her husband will sometimes dictate or send in paper form articles he has written and she and others will reach out to media to have them published.

Since March 2019, he has been held at the Communication Management Unit in Terre Haute, Indiana.

CMUs were designed to house suspected terrorists and other inmates who “might coordinate crimes from behind bars,” according to the Marshall Project.

The Federal Bureau of Prison declined to comment on why Gottesfeld is being held, “For privacy and safety and security reasons, the Bureau of Prisons (BOP) does not discuss information regarding an individual inmate’s conditions of confinement such as an inmate’s housing quarters or writings, nor do we comment on lawsuits.”

Gottesfeld has filed a lawsuit and argued that he is held in the CMU because he is “politically inconvenient.”

Gottesfeld has written about his treatment while incarcerated and he argued that he is being held with little communication to silence him.

“Efforts to protect American children like Justina Pelletier and Paula Roberds from dangerously well-connected moneyed influencers,” Marty Gottesfeld said, “resulted in our placement here alongside many similarly situated while those guilty of child torture and child predation enjoy above the law status.”

Dana Gottesfeld said she has not had any communication with her husband since April 2019.

Marty Gottesfeld has become a cause célèbre; among his supporters is Michelle Malkin, who not only featured him on her then CRTV show but recently wrote to the judge in August 2019.

Dana Gottesfeld said the media coverage has brought out the best and worst.

“Some media outlets like The Daily Wire, The New American, Infowars, The Western Journal, RedState, Shadowproof, CRTV, some local Fox news, HuffPost, and our site freemartyg.com have been very professional and showed high regard for capturing details accurately,” Dana Gottesfeld said in an email, “The government has local Boston media under their thumb, for example when emailed with factual corrections, Boston Globe reporter Jackson Cote wrote back, ‘I just talked to my editor. Unfortunately, I can’t add any legal information that wasn’t stated in the release.’”

Dana Gottesfeld also singled out the Associated Press and Reuters for biased coverage.

Cote now works for WBUR and did not respond to an email for comment; another email to Felice Belman, Deputy Managing Editor for local news at the Boston Globe, was also left unreturned.

Both the Associated Press and Reuters provided statements to the Caller standing by their reporting.

Dana Gottesfeld, in an email provided to the Caller, was particularly upset by an October 2016 AP article which referred to Pelletier’s case as, “a custody dispute following conflicting medical diagnoses.”

In the same email, she also noted that the AP failed to write about the conflicts of interest of the judge or that Marty would not be able to argue that he hacked to try and save Justina’s life.

A Reuters story quoted a prosecutor who said Marty Gottesfeld’s actions as, “a ‘self-aggrandizing menace’ whose cyberattacks put children’s lives at risk.”

However, the jury found no such thing.

Marty Gottesfeld, in an interview with the Daily Wire, stated, “Yeah, an underreported aspect of this, which is kind of a silver lining, is that the jury didn’t go with the government’s narrative of potential harm to patients.”

Dana Gottesfeld hopes that President Donald Trump will commute or pardon her husband.

In a message to the president, she said, “Marty has been treated very unfairly by Obama-holdovers in the DOJ. Many conservatives consider him a hero for risking his life and liberty to defend a learning disabled girl who was being tortured in a psych ward and more in a socialist healthcare nightmare.”