Former CIA whistleblower John Kiriakou says the current whistleblower who helped ignite the current impeachment inquiry is nothing but “an anonymous source for Democratic Staff in the House of Representatives.”

Kiriakou, who divulged that the CIA was conducting covert torture programs, spent 23 months in prison on a variety of charges and was dubbed a “CIA leaker” by much of the media. “I do not think this is a whistleblower,” Kariakou told Fox News’ Tucker Carlson Tonight Wednesday.

He told Carlson, “The same people that attacked me are attacking the president. [Former FBI Director] Robert Mueller set it up, [Former CIA Director] John Brennan petitioned Attorney General [Eric] Holder to charge me with five felonies of espionage — all of it dismissed. Ironically it was Peter Strzok who put the cuffs on me in 2012.”

Strzok was the FBI agent who was fired from the Mueller investigation because of a series of anti-Trump texts that he sent to his girlfriend. (RELATED: Report: Whistleblower Was White House-Seconded CIA Agent)

Kiriakou told Fox that the current “so-called whistleblower” doesn’t resemble one. “A whistle-blower is anybody who brings up waste, fraud, abuse, threats to public health or safety, and they do this almost always with a great personal cost attached to it. This so-called whistleblower at the CIA is someone who is acting anonymously … By all accounts, this is an analyst who is not undercover. You can’t hide this person’s name, identity, just to save him from embarrassment or the trouble of being recognized …or something like that.” 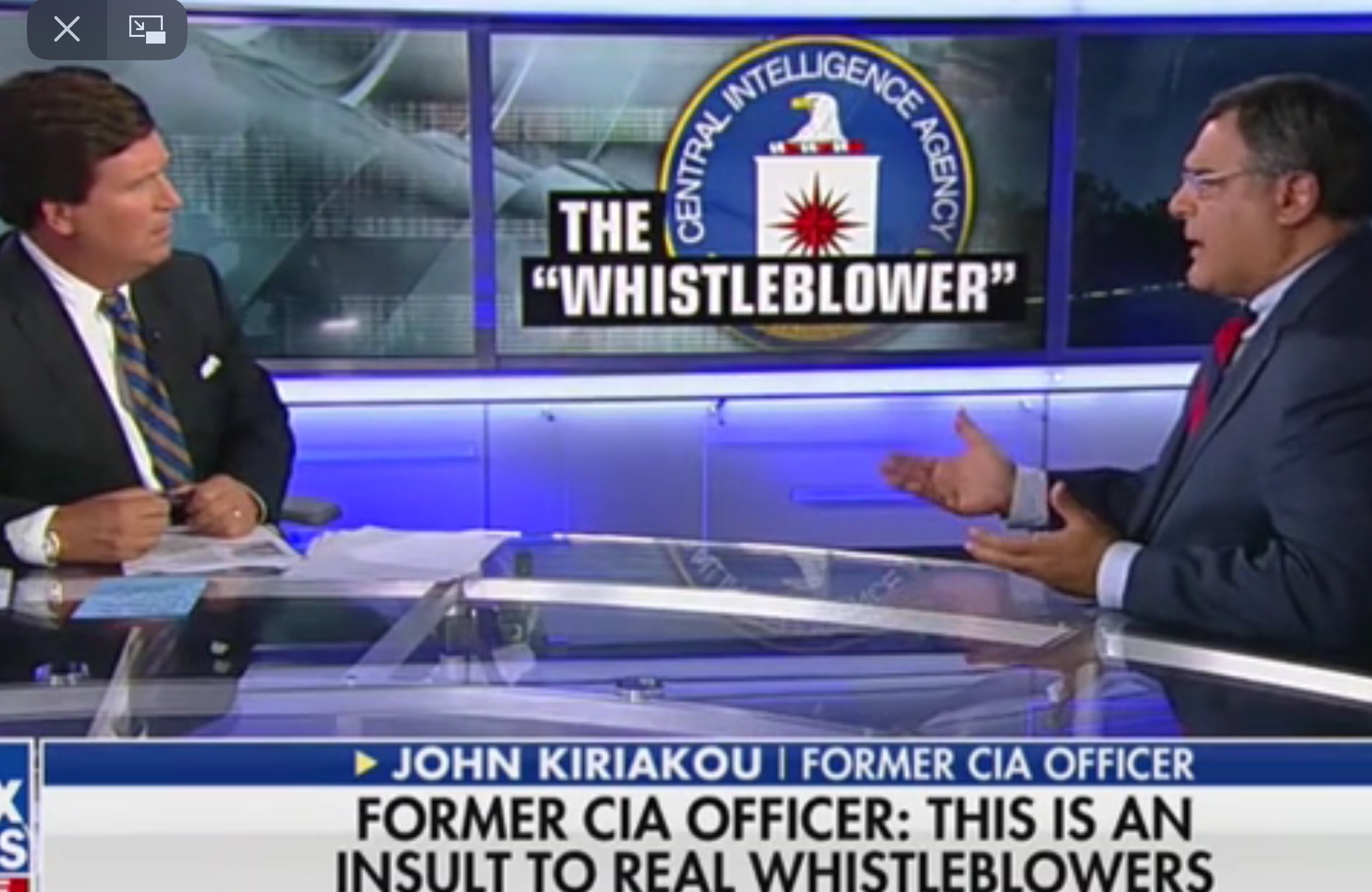 The CIA whistleblower told Carlson that few in the media defended his actions. “Actually only Fox came to my defense … MSNBC never called me a whistleblower. They called me a ‘CIA leaker.’ It’s tough being a whistle-blower. Political lines are drawn, and that’s really where these things usually turn.” (RELATED: Trump Calls Whistleblower ‘Highly Partisan,’ Denies Wrongdoing)

Kiriakou said he doubts very much that the current whistleblower will spend any time in prison and cited the fact that he is well represented by a well-connected team of lawyers, one of whom, Kiriakou says, has deep connections to the CIA.