Workers will begin to remove the melted scaffold on top of Paris’s Notre Dame Cathedral “in the coming weeks” according to France’s culture minister.

An April 15 fire largely destroyed the medieval cathedral as it was undergoing renovations. Engineers have worked to determine if removing some of the ruined parts would weaken the structure after the blaze, the Associated Press reported.

“Our Notre Dame de Paris is not yet totally saved,” French Culture Minister Franck Riester told reporters according to the AP.

Several more months of work has to be done to conserve the building and evaluation the soundness of the remaining structure before the cathedral can be rebuilt, Riester said. 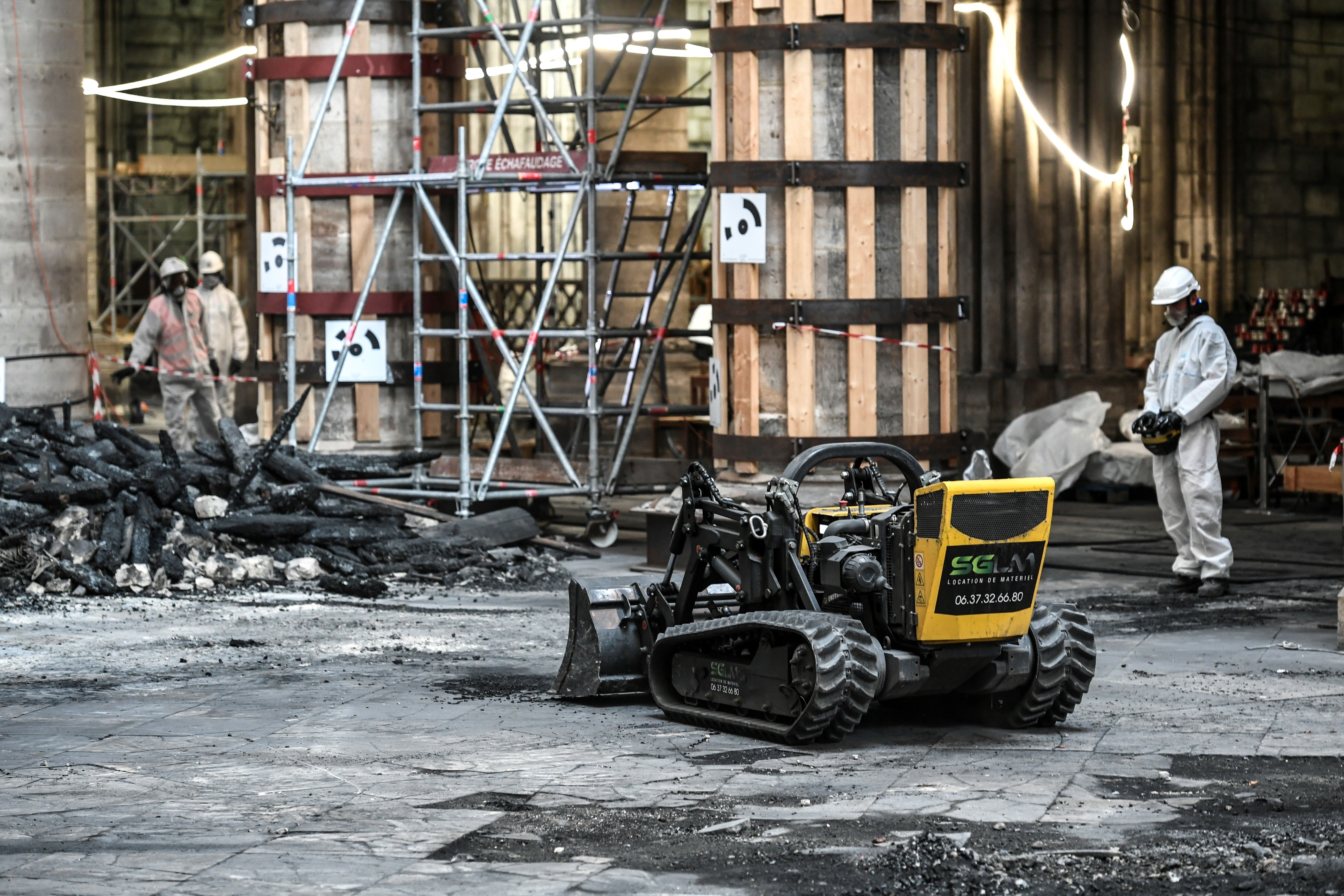 “For us, the top priority is to do a quality restoration that captures the height of what our history represents for our country, for Paris, for the Catholic religion, for Notre Dame,” the culture minister added. “We are determined to do things in a totally transparent manner.” (RELATED: Flames Light Up Paris As Notre Dame Cathedral Burns)

Around 350,000 donors have either pledged or given a total of $1.02 billion to help restore the historic building, Riester noted. The budget for the renovations are not yet decided, but donations poured in from around the world as the fire burned.

The French landmark will be restored within five years according to President Emmanuel Macron. Critics have said this timeline is too aggressive and Riester did not give too many hard deadlines when discussing the project, the AP reported.