Former national security adviser Michael Flynn’s attorney made a surprising request in a court filing Tuesday for two phones that she says belonged to Joseph Mifsud, a Maltese professor whose contacts with former Trump campaign adviser George Papadopoulos are at the heart of the Trump-Russia probe.

Sidney Powell, a Flynn lawyer, asked the judge presiding over Flynn’s case to order prosecutors “to produce evidence that has only recently come into its possession.”

She listed two Blackberry phones she asserts Mifsud used and requested data and metadata from the devices.

Powell did not explain in the filing how the Mifsud phones might be relevant to Flynn’s case, but she wrote that “this information is material, exculpatory, and relevant to the defense of Mr. Flynn.”

Flynn, who served as President Donald Trump’s first national security adviser, has been awaiting sentencing on a charge that he made false statements to the FBI on Jan. 24, 2017 regarding his conversations in December 2016 with Russian Ambassador Sergey Kislyak. Flynn pleaded guilty to the charge on Dec. 1, 2017 and has been awaiting sentencing for nearly 10 months. (RELATED: Here Is The Most Recent Known Photo Of Joseph Mifsud)

Powell has said that Flynn is not planning to try to withdraw his guilty plea. Instead, she has argued that the case should be dismissed against the retired lieutenant general altogether.

Prosecutors have rejected some of Powell’s previous requests for a variety of documents from the special counsel’s probe, arguing that they are immaterial to the false statements charge to which Flynn pleaded guilty.

Powell told the Daily Caller News Foundation she was unable to comment beyond the court filing about the Mifsud phones. The U.S. attorney’s office in Washington, D.C., did not respond to a request for comment. 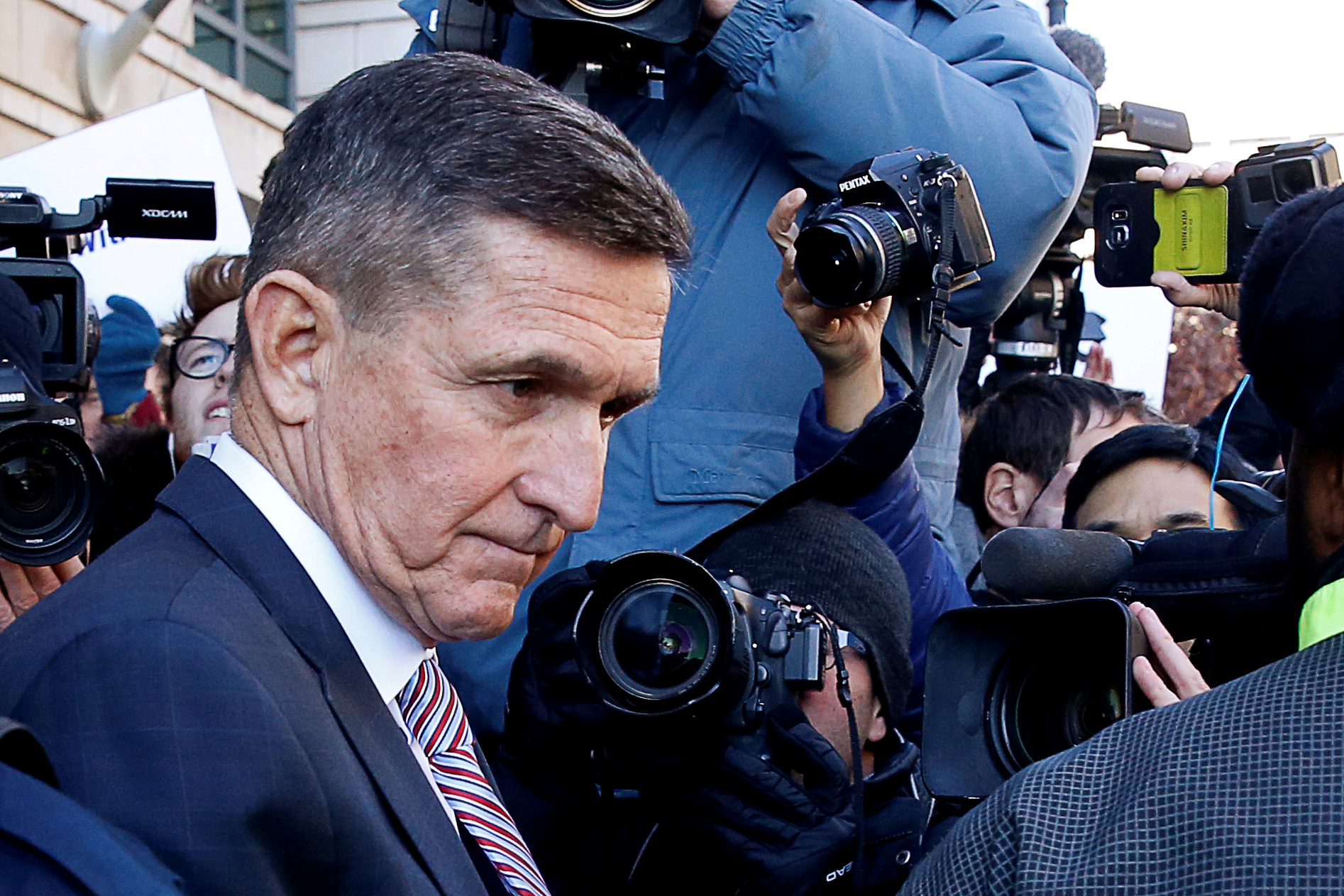 Former U.S. national security adviser Michael Flynn passes by members of the media as he departs after his sentencing was delayed at U.S. District Court in Washington, U.S., Dec. 18, 2018. REUTERS/Joshua Roberts

Powell said in the filing that prosecutors responded to her request for access to the phones Tuesday.

“If we [the prosecutors] determine that they contain information that is discoverable or that is relevant to sentencing, we will produce them to you,” prosecutors wrote, according to Powell.

It is unclear if the phones were obtained during the early phases of the FBI’s Trump-Russia probe, the special counsel’s investigation or more recently.

Attorney General William Barr and U.S. Attorney John Durham traveled to Italy late in September, where they reportedly asked Italian intelligence officials about Mifsud. They reportedly listened to a deposition Mifsud gave to Italian authorities while applying for police protection.

Mifsud, a former Maltese diplomat and professor, first surfaced in the special counsel’s probe in connection with Papadopoulos. None of the documents released in the investigation have linked Mifsud to Flynn.

Papadopoulos claimed in his plea deal with the special counsel that Mifsud told him during an April 26, 2016 meeting that Russian government officials had told him that they had “dirt” on former Secretary of State Hillary Clinton in the form of “thousands” of her emails.

Papadopoulos, who a judge sentenced to 14 days in jail in his case, has denied seeing or handling any Clinton emails. No Trump associates were accused in the special counsel’s probe of handling Democrats’ emails or conspiring with Russians to release them.

Mifsud has not been seen publicly since November 2017, after Papadopoulos pleaded guilty to false statements charges of his own. Italian journalists have reported that he lived at an apartment in Rome for at least six months after going into hiding.

The special counsel’s report portrays Mifsud as a possible Russian asset, but did not provide any evidence to support the claim.

Mifsud had contact with Russian nationals and put Papadopoulos in touch with Ivan Timofeev. But he also rubbed shoulders with Western diplomats and government officials. He was in the U.S. to attend a State Department-sponsored event when he was interviewed by the FBI in February 2017.