An 18-year-old woman struggling to pay for school replied to an advertisement on Craigslist for a modeling gig. The advertiser offered to pay her up to $2,000 for a purported photoshoot. He later informed her the photoshoot was five sex scenes to be sent in DVD format to one individual overseas. Believing only one foreign man would see the video, the 18-year-old agreed and flew to San Diego to record the tape.

In San Diego, she was hurriedly made to sign a contract she did not read. During filming, she cried out in pain and told the male actor to stop, but he refused. The male actor told her she needed to perform certain sexual acts, or he would not take her back to the airport. She relented, she says, because she did not have enough money to purchase her own flight home.

A few months later, the pornographic film was posted online on a popular site. Following the publication of the video, the 18-year-old was harassed, and she soon left school.

Another employee, Valorie Moser, 37, was charged with one count of conspiracy to commit sex trafficking by force, fraud and coercion. 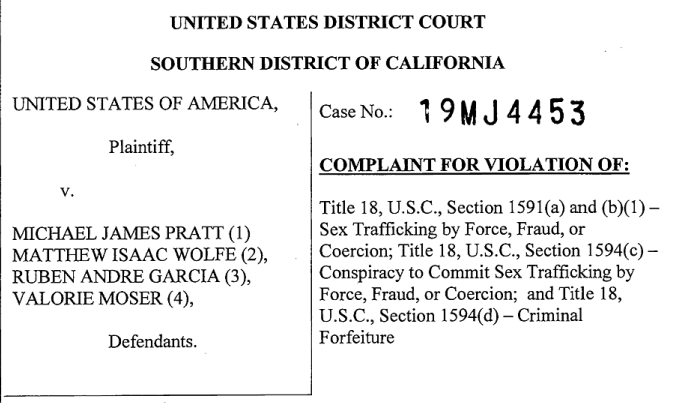 The criminal complaint against Pratt, Wolfe, Garcia, and Moser filed by the United States District Court in the Southern District of California October 10.

The criminal complaint follows claims in recent years of widespread coercion and abuse in the pornography industry, signaling this case could be putting the industry on notice. The case is the first in more than a decade to bring significant charges against pornography producers. But if the allegations of widespread coercion and abuse have any validity, this case may not be the last.

Bull said his organization has been encouraging the Department of Justice to pursue sex trafficking charges against some pornography producers for years.

Allegations of mistreatment and coercion in the pornography industry have abounded recently.

In 2015, a popular Netflix documentary titled “Hot Girls Wanted” chronicled the lives of young women working in the pornography industry. The co-producer of the documentary, Mary Anne Franks, wrote that she uncovered the lives of these pornography actresses “often include unscrupulous agents, unconscionable contracts … feeling powerless to halt scenes or walk away from sets even when they are frightened or in pain.” 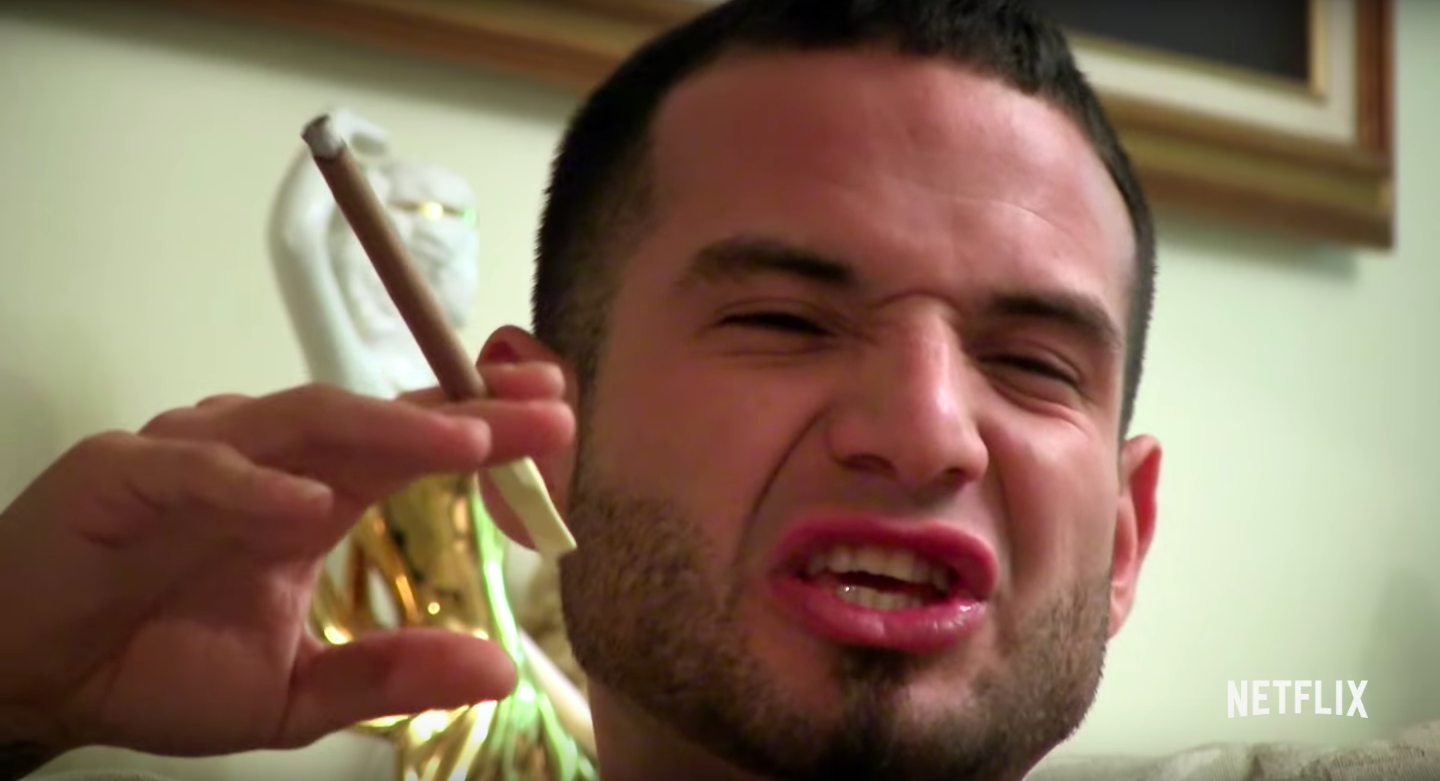 The legal line between pornography and sex trafficking is sometimes blurry.

“Some types of pornography actually are sex trafficking, specifically as the production of pornography often involves the use of force, fraud or coercion to prompt the performance of those shown in the pornography,” Donna Rice Hughes, President and CEO of Enough is Enough, an internet safety and anti-trafficking nonprofit, told the Caller.

Sex trafficking is officially defined by the Trafficking Victims Protection Act as a “modern-day form of slavery in which a commercial sex act is induced by force, fraud, or coercion, or in which the person induced to perform such an act is under the age of 18 years.”

“The government has a pretty high burden … They have to be able to show that someone knowingly recruited, enticed, harbored and patronized a person and then gained value from it,” said Silverstein.

However, Bull, who is a former prosecutor, said “Clearly multiple state and federal criminal laws have been violated, including the Mann Act, prohibiting the transport of persons across state lines for purposes of prostitution.”

FBI Special Agent Lana K. Sabata says in the criminal complaint that the actions of Pratt, Wolfe, Garcia, and Moser constitute sex trafficking because they deceived the women “about the nature of the sex acts, the compensation they would receive for performing said acts, and the nature and scope of the distribution and publication of said acts.” Sabata said the actions also constitute sex trafficking because the defendants “used coercion and threats.”

Lawyers for the defendants argued in civil court that the women “knew what they were signing up for when they agreed to be flown from their homes around the country to San Diego, where they were paid thousands of dollars, given written release forms and recorded on camera agreeing that they were making the videos willingly,” according to the San Diego Union-Tribune.

“We need to see charges of sex trafficking brought about by anyone who uses means of force, fraud or coercion to lure anyone into a sexual encounter or performance.”