McKinnon set a women’s world record in the qualifying event, the BBC reported. McKinnon, a philosophy professor at the College of Charleston, won the same event in 2018.

McKinnon told Sky News in an interview that aired Friday that it would be unfair if the cyclist was kept out of women’s events.

“So, if we want to say, that I believe you’re a woman for all of society, except for this massive central part that is sport, then that’s not fair,” McKinnon said.

McKinnon said in a tweet Sunday that a “real champion” would accept biologically male athletes competing in female athletics.

“I have yet to meet a real champion who has a problem with trans women. Real champions want stronger competition,” McKinnon wrote. “If you win because bigotry got your competition banned … you’re a loser.” 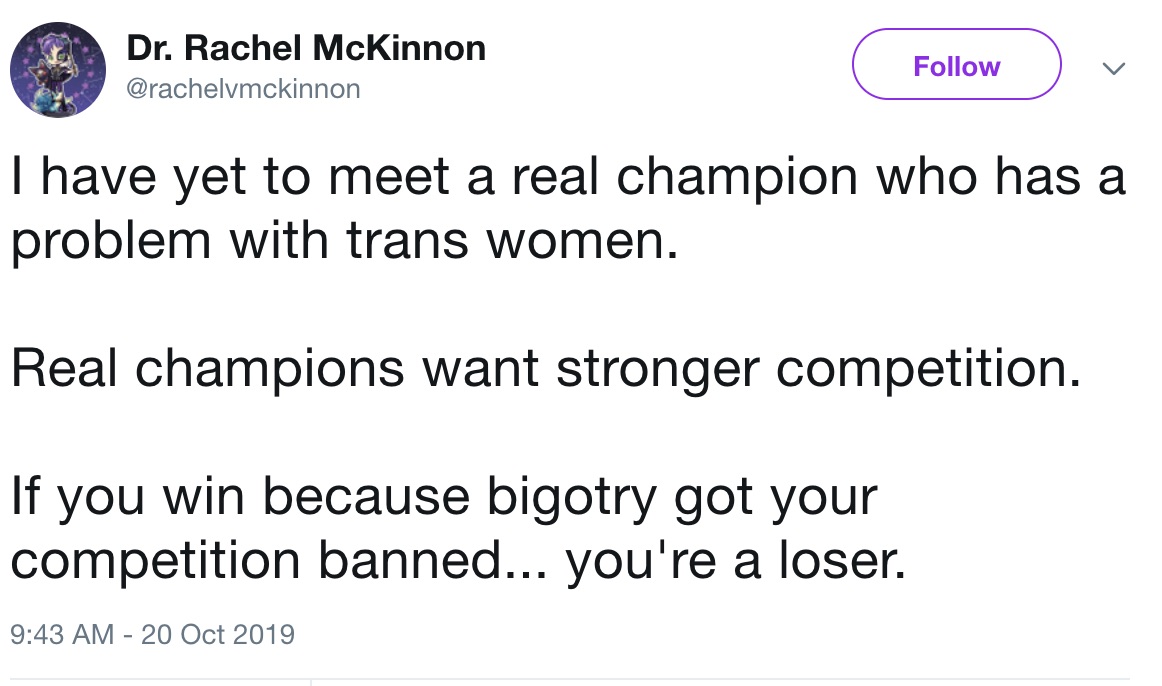 “The thing is, the people who oppose trans women’s full and equal rights think that the ‘facts’ are on their side,” McKinnon wrote. “This is why they always come back to ‘common sense.’ That’s not an argument, loves. It’s the last refuge of the ignorant. It means you’ve already lost, bad,” added McKinnon, who did not return an email seeking comment. 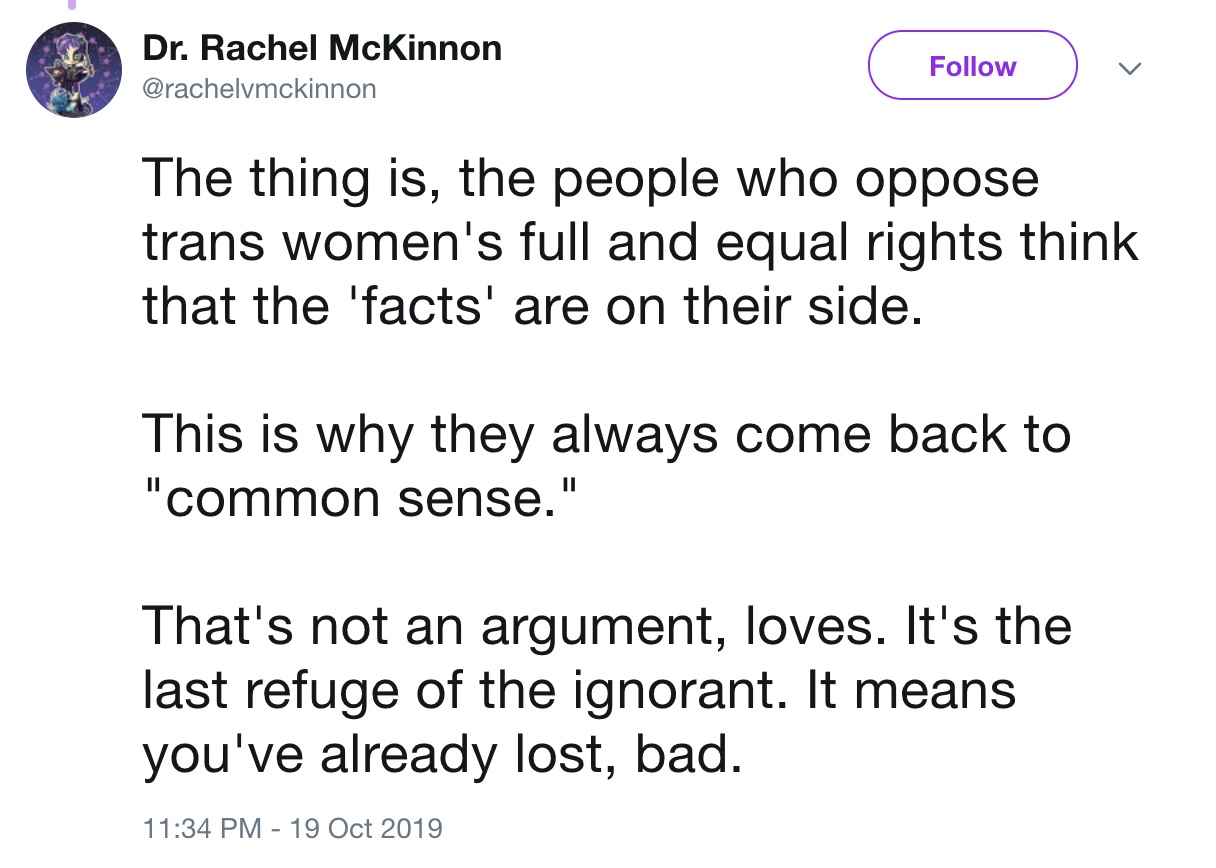 Two biologically male runners have dominated girls’ high school track in Connecticut, which allows self-identified transgender athletes to compete as the opposite sex.

At the NCAA level, a biologically male runner who identifies as transgender won an NCAA women’s track championship in May after previously competing on the university’s men’s team.