The nonprofit Rock the Vote sponsored a petition bashing the electoral college and pushing the National Popular Vote Compact, though the organization advertises itself as “non-partisan.”

Rock the Vote sponsored the petition, which urges voters to “Fix the broken Electoral College with National Popular Vote,” alongside a slew of other groups, including liberal groups Common Cause, Daily Kos, Progress America, and RootsAction.

“In two of the past five presidential elections, the candidate who won the popular vote lost the election,” the petition reads (emphasis theirs). “And in every presidential race, candidates are forced to focus their attention on only a handful of swing states — ignoring the vast majority of voters nationwide.” (RELATED: Impeachment Could Keep Senators Running For President Off The Campaign Trail For Weeks)

The National Popular Vote Compact would “guarantee the Presidency to the candidate who receives the most popular votes across all 50 states and the District of Columbia,” according to the compact’s informational website.

Rock the Vote advertises themselves as a “nonpartisan nonprofit dedicated to building the political power of young people.” The organization was founded in the ’90s to combat censorship of rap and hip hop artists and boasts that it uses the arts to bring young people to politics.

“We’ve registered and turned out millions of young voters on campuses, in communities, and online,” Rock the Vote says, according to the organization’s website. “We’ve successfully fought for — and defended — voting rights and increased access to democracy.” 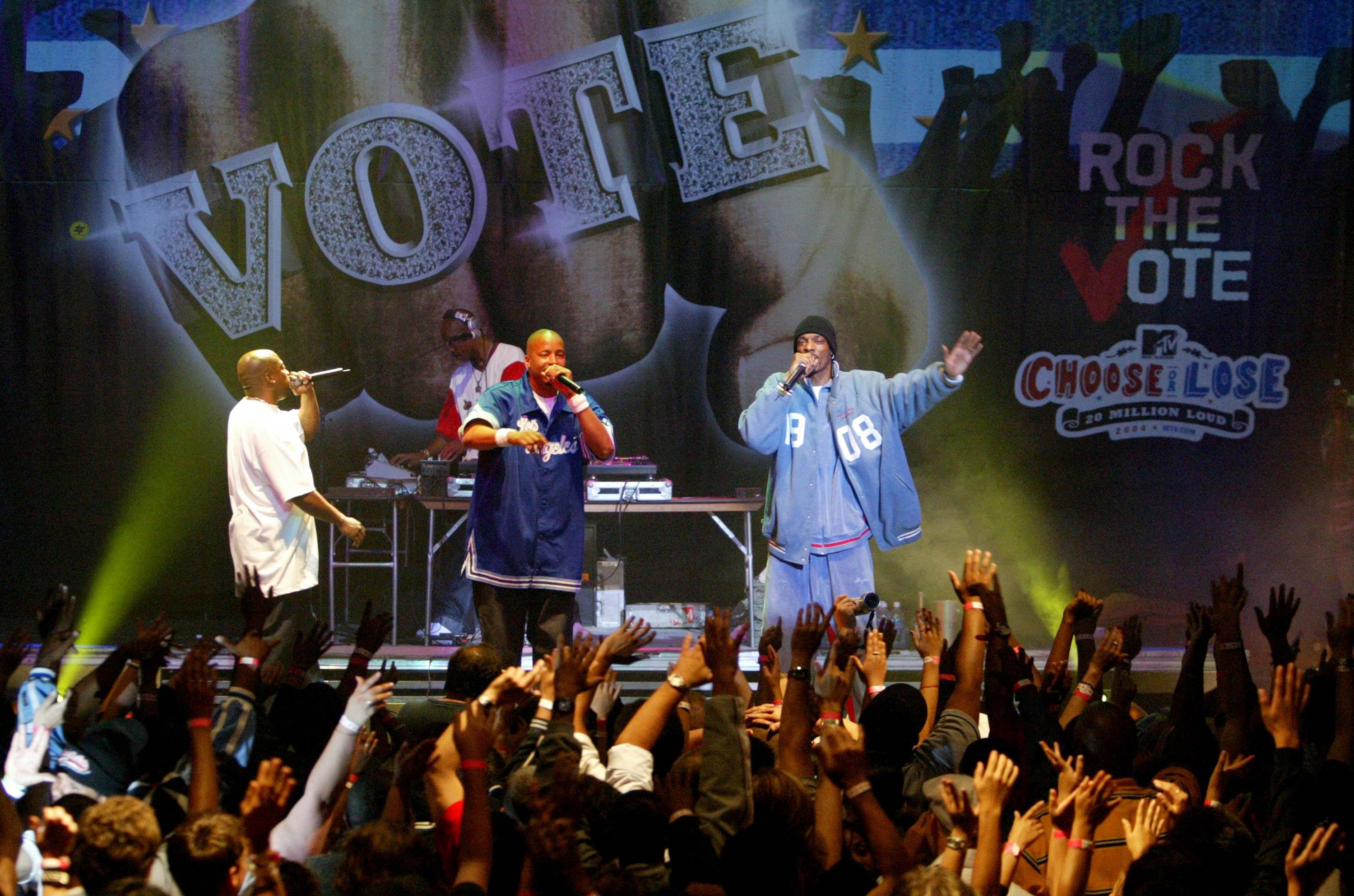 HOLLYWOOD – JUNE 16: (US TABS AND HOLLYWOOD REPORTER OUT) Members of 213, Nate Dogg, Warren G and Snoop Dogg perform during the Rock The Vote Bus Tour Launch Concert on June 16, 2004 at the Avalon in Hollywood, California. (Photo by Vince Bucci/Getty Images)

Rock the Vote’s website offers a variety of informational materials to young voters on their state voting requirements.(RELATED: Warren Wants To Get Rid Of The Electoral College)

The website also offers a page of petitions for young voters to sign, including petitions titled, “Healthcare Is A Human Right!” and “Support the DREAM Act to protect young immigrants!” The links to these petitions do not work, saying the page is “not accepting submissions at this time,” and including a caption that reminds readers that “Rock the Vote is a nonprofit organization, not affiliated with any political party or candidate.”

Former Democratic presidential nominee Hillary Clinton said that she had the election “stolen” from her after beating Donald Trump in the 2016 election’s National Popular Vote but losing to him in the Electoral College.

“You can run the best campaign, you can even become the nominee, and you can have the election stolen from you,” Clinton said in May.

Democratic Rep. Steve Cohen of Tennessee has said the Electoral College was “conceived in sin” and invented to keep black people down.

Rock the Vote did not respond to a request for comment from the Daily Caller News Foundation.