Former Homeland Security Secretary Kirstjen Nielsen on Tuesday defended her involvement in a policy that led to the separation of migrant families at the U.S.-Mexico border.

Nielsen on Tuesday participated in the Fortune’s Most Powerful Women Summit, a conference that brings together many of the successful women included in the Fortune 500. Including the former Department of Homeland Security chief drew major backlash among opponents of the Trump administration.

The interview with Nielsen centered entirely around her time leading the department.

More specifically, the interview related to the Trump administration’s now-axed “zero tolerance” policy, which led to an increased number of migrant family separations. Amna Nawaz, a host of PBS NewsHour, asked Nielsen if she regretted signing the memo that led to family separation.

“I don’t regret enforcing the law because I took an oath to do that, as did everybody at the Department of Homeland Security,” the former DHS secretary said in response. “What I regret is that we haven’t solved [the border crisis], and what I regret is that information flow and coordination to quickly reunite the families was clearly not in place, and that’s why the practice was stopped through an executive order.”

The exchange between Nawaz and Nielsen appeared to grow heated at times.

When Nawaz said that the discovery of fraudulent families was “statistically insignificant,” Nielsen said repeatedly that such a claim was “incorrect.” The two also disagreed over how many migrant parents were deported while their children were allegedly left behind in the U.S. 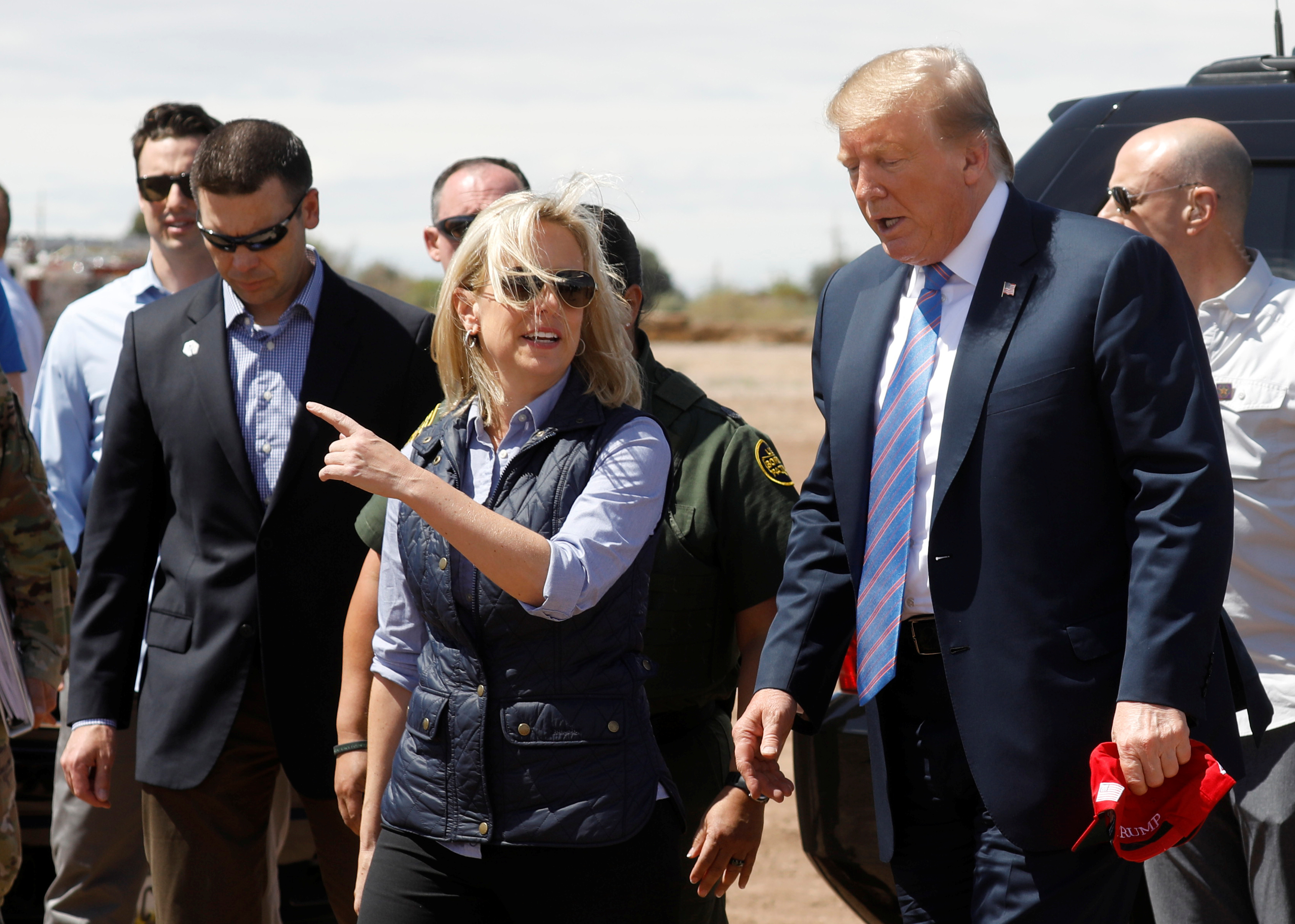 Nawaz also argued that Nielsen had since re-joined the Trump administration. However, the former DHS chief pointed out that her appointment to the National Infrastructure Advisory Council earlier this month was simply an advisory role for infrastructure and cybersecurity issues.

“None of us are paid. None of us work for the White House. We use our expertise to try and advise government on what we need to do,” Nielsen said Tuesday. “And by the way, so are other CEOs. I mean, are you telling every CEO in here that they should never advise the government on how to make something work?”

The question drew applause from the audience.

Nielsen’s inclusion in this year’s Most Powerful Women Summit drew backlash before she even spoke. Dream Hampton, a notable filmmaker, backed out of speaking at the Washington, D.C., conference over Nielsen’s appearance. Other women also withdrew from the event, and there was a petition asking that the former DHS chief be removed entirely. (RELATED: White House Deems Ken Cuccinelli, Mark Morgan Ineligible To Lead DHS)

President Donald Trump picked Nielsen to lead the Department of Homeland Security early into his administration, but she resigned in April, leaving now-acting DHS chief Kevin McAleenan to fill the role.