The Times writer recounts how Clinton has upped her rhetoric against President Donald Trump and accused Democratic Hawaii Rep. Tulsi Gabbard of being a Russian agent. 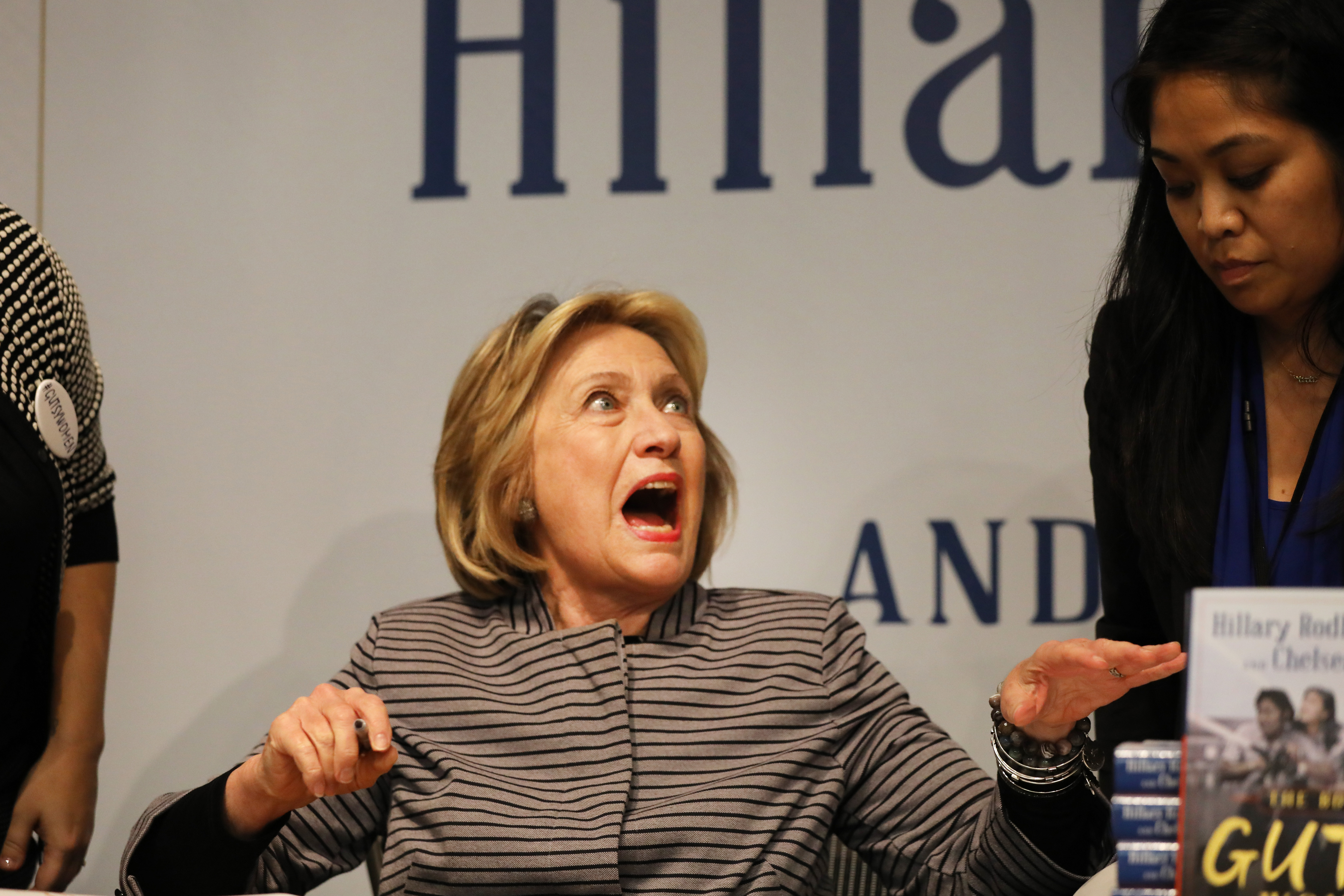 Gabbard seemed at least irked when Clinton, without evidence, said in a podcast that the congresswoman was “a favorite of the Russians” and was being “groomed” as a third-party candidate. The Democratic presidential candidate replied, calling Clinton “the queen of the warmongers, embodiment of corruption, and personification of the rot that has sickened the Democratic Party.” (RELATED: ‘I Stand Against Everything She Represents”: Tulsi Gabbard Deconstructs Hillary Clinton In ‘Tucker Carlson Tonight’ Interview)

Great! Thank you @HillaryClinton. You, the queen of warmongers, embodiment of corruption, and personification of the rot that has sickened the Democratic Party for so long, have finally come out from behind the curtain. From the day I announced my candidacy, there has been a …

Gabbard posted a video Sunday in which the congresswoman flatly stated that Clinton “and her gang” were smearing her because Gabbard had endorsed Vermont Sen. Bernie Sanders for president in 2016 — and “Clinton will never forget.”

Yet, according to the Times, Gabbard is secretly relishing all the attention from Clinton because “several people who have spoken to Ms. Gabbard say privately that her team loves the controversy, seeing Mrs. Clinton as a perfect establishment foil.”

Rep. Tulsi Gabbard speaks to reporters in the spin room after the second round of the second Democratic primary debate of the 2020 presidential campaign season hosted by CNN at the Fox Theatre in Detroit, Michigan on July 31, 2019. (Photo: JIM WATSON/AFP/Getty Images)

The Times analysis piece doesn’t view Clinton’s remarks as anything more than the forthright comments of a former politician and public figure who “feels liberated to speak her mind.”

Fox News’ senior political analyst Brit Hume wondered if Clinton really deserved “a puff piece” after she made “a no-evidence charge of treachery against Tulsi Gabbard.”

She makes a no-evidence charge of treachery against Tulsi Gabbard and gets a puff piece from the New York Times. https://t.co/uFYpwWu7V9

But the analysis writer found supporters of Clinton who insisted the former first lady still has much to offer in the public forum.

“She has a unique and well-informed perspective,” Karen Finney, a Democratic strategist and former Clinton aide, told The Times. “I want to hear from her.” (RELATED: Hillary Clinton Calls It Quits On Upcoming Event Where Tulsi Gabbard Is Speaking)

The Times reporter suggests there is still a viable electoral base for Clinton out there who are encouraging Clinton to stop tweeting about Republicans and Democratic opponents and get back into the political brouhaha.

Clinton appears to be feeding that enthusiasm just as she continues to insist that she really won the 2016 election campaign.

“Maybe there does need to be a rematch. Obviously, I can beat him again,” she told PBS this month.