“When has [Trump] ever said a negative thing about a white supremacist? Have you heard him say anything? I haven’t,” the former vice president declared Wednesday.

The Trump War Room took issue with that accusation by compiling a series of video segments where Trump did in fact say many negative things about white supremacists, neo-Nazis and racists in general.

“When has [Trump] ever said a negative thing about a white supremacist? Have you heard him say anything? I haven’t.”

We’ll roll the tape for ya, Joe! Recommend you watch. pic.twitter.com/bgrB2P1n6D

From a March 2016 interview, Trump can be heard saying, “I totally disavow the Ku Klux Klan. I totally disavow [former Klan leader] David Duke.” (RELATED: Trump Denounces ‘All Types Of Racism And Acts Of Violence’ Ahead Of ‘Unite The Right’ Rally)

In February 2000, then businessman said he would not become affiliated with the fledging Reform Party because it would not denounce racists in its fold.

In August 2017, in the wake of the “unite the right” rally and counter-rally in Charlottesville, Virginia, that left three dead, Trump said of neo-Nazis and white supremacists, “They should be condemned totally.”

That same month and year he said, “racism is evil and those who cause violence in its name are criminals and thugs, including the KKK, neo-Nazis, white supremacists and other hate groups that are repugnant to everything we hold dear as Americans.” (RELATED: The New York Times Misquoted Trump’s Charlottesville Remarks In Five Different Reports) 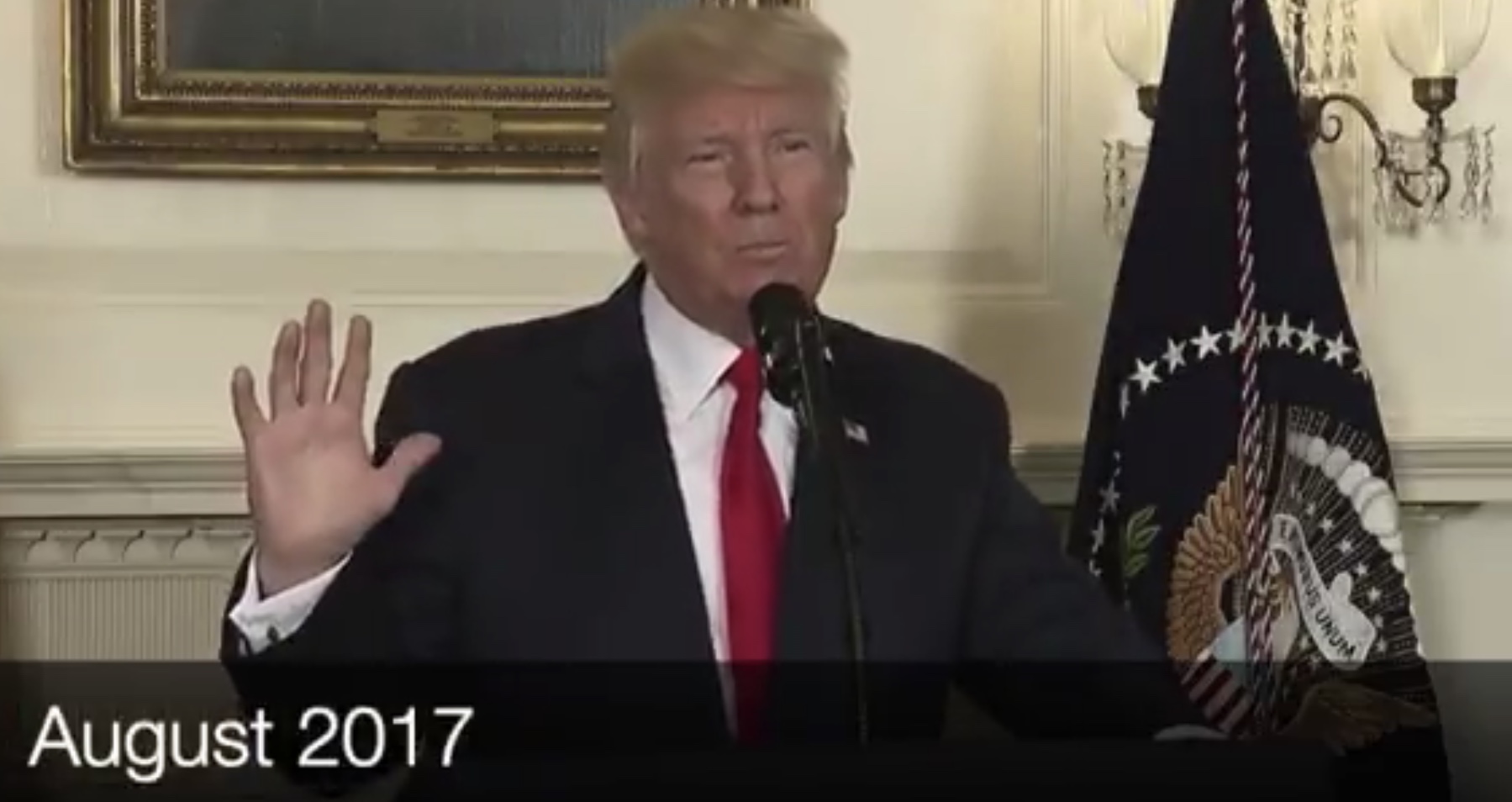 Two years later in August 2019, Trump reiterated that point after mass shootings in El Paso, Texas and Dayton, Ohio, explicitly condemning any racially based motivation for the tragedies. Some Democrats said that Trump’s enthusiasm for curbing illegal immigration spurred the El Paso attack but the president insisted “Our nation must condemn racism, bigotry and white supremacy.”