The custody battle involving a seven-year-old Texas boy is restarting a national conversation over parental rights and how far society should go to protect its most vulnerable.

A judge ruled last week that both of Younger’s parents must have a say in whether the boy changes genders. Younger’s mother believes her son is a girl, but his father disagrees and has been using the courts to try and prevent his son from transitioning. But, should gender transition drugs even be available to minors, regardless of what their parents want?

While Strauss hasn’t named the specific drugs his bill will target, Food and Drug Administration (FDA) data showed that more than 6,300 people have died while on the drug Lupron, while nearly 26,000 “serious cases” of complications have been reported. Lupron is a drug used to help transgender people transition, as well as a drug that has been used to chemically castrate sex offenders. (RELATED: Political Action Is Needed To Protect Kids Like James Younger)

“We’re kind of looking into what would be best,” Strauss told the Daily Caller.

Strauss praised Judge Kim Cooks’ ruling in the Younger case, saying it was the “best possible outcome” under the circumstances, but added that Younger is facing a difficult childhood as his parents fight over his gender.

The state legislature is not scheduled to return to session until January, so Strauss’ bill would have to wait a few months before being introduced. However, Strauss told the Daily Caller that he’s been in contact with Republican Governor Gregg Abbott’s office about a possible special session. Abbott’s office announced last week that the Texas Attorney General’s Office and the Texas Department of Family and Protective Services had launched an investigation into Younger’s case.

“He might be looking to see what he can do from an executive standpoint,” Strauss said of the governor.

While the FDA initially approved Lupron in 1985 to treat prostate cancer, the drug is now commonly prescribed off-label by doctors to children in order to halt puberty. For the first 24 years after the drug was approved, the number of complications reported only exceeded 1,000 once. But, in each of the past 11 years, at least 1,400 cases have been reported, including 1,828 so far this year. The number of cases involving the drug topped out at 4,648 in 2016.  RELATED: Health And Human Services Department To Roll Back Obama-Era Transgender Rule) 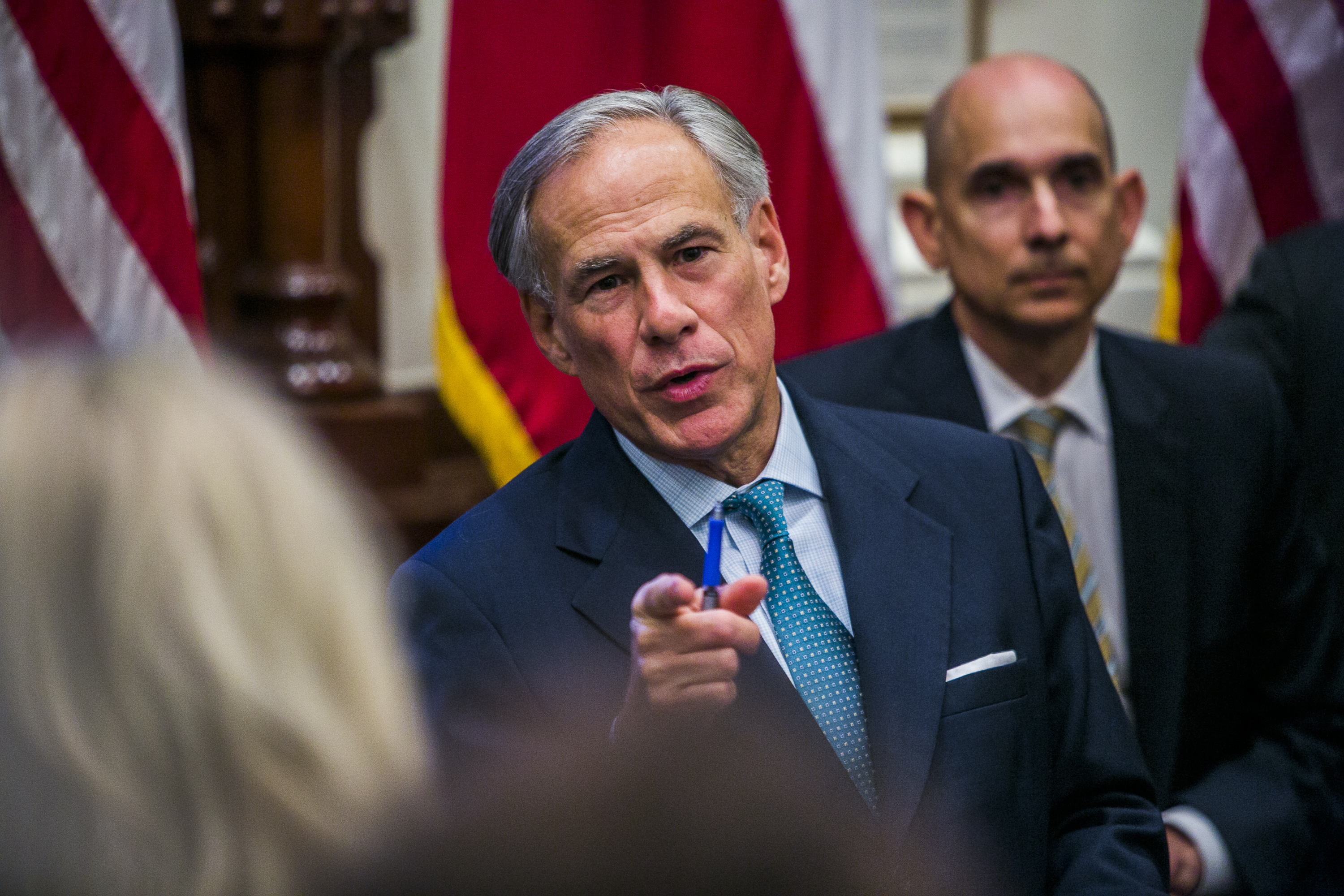 Texas Governor Greg Abbott holds a roundtable discussion with victims, family, and friends affected by the Santa Fe, Texas school shooting at the state capital on May 24, 2018 in Austin, Texas.  (Photo by Drew Anthony Smith/Getty Images)

An FDA spokesperson told the Daily Caller that they monitor all drugs on the market, but declined to comment on potentially recalling Lupron.

“While we cannot comment on potential future recall actions or studies, what I can tell you is drug safety is a continuous effort. Once the FDA approves a drug, the agency continues to monitor the drug when it reaches the market,” the spokesperson said. “The FDA updates drug labels to keep patients informed about side effects, health risks, and interactions. Manufacturers receive and review reported problems, and the FDA maintains its own reporting system.”

It seems at least possible that outrage over Younger’s predicament could lead to certain states evaluating the use of puberty blockers on children, but will the federal government take action?

A staunch conservative, Strauss touts his federalist credentials, but he admits that this may not be an issue that can be left to states. (RELATED: Students Heading Back To School Face New Transgender Policies)

“Do we need something nationwide?” Strauss said. “I’m happy to entertain that.”

Other conservatives are more than willing to support federal action to stop the abuse of certain drugs such as Lupron.

Schilling also chastised congressional Republicans for missing an opportunity to fight back against the excesses of the far-left and the sexual revolution. (RELATED: Don’t Buy Into The Hype About Republicans Losing Texas)

“I think Republicans in D.C. are missing a major political opportunity,” Schilling said. “Voters really don’t think children should be able to consent to sex changes.”

Younger’s case represents the latest example of leading Republicans taking a more passive approach on culture issues than other policy matters such as tax cuts and regulations, even though there is evidence protecting minors from sterilization drugs is a winning political issue.

What’s perhaps very telling is how liberal outlets have remained silent about Younger’s case. Major publications such as The New York Times, CNN, and The Washington Post have not covered Younger’s case, while The Washington Post referred to James Younger as “Luna” in its lone article on the case so far. It would seem to present Republicans an opportunity to galvanize voters.

“This is a modern-day form of eugenics,” Schilling said. “You don’t allow anyone under 18 consent to sex, so why are they being allowed to consent to sex changes?”

Even if Congress refuses to act, the Trump administration may be able to take matters into its own hands. The FDA has the authority to recall Lupron, and has more than enough reason to as tens of thousands of Americans have faced harm from the drug. After all, it was just last month President Donald Trump Administration announced a ban on flavored E-Cigarettes following several deaths linked to black market THC. Are vaping products really more dangerous than drugs that have and can sterilize minors?

The testosterone-lowering drug may provide benefits to certain patients looking to take drastic measures to save their life, but how can a minor be able to comprehend the type of impact this drug has?

U.S. federal law prohibits minors from ingesting much less harmful substances such as alcohol, cigarettes, and marijuana. The time might be right for the government to add Lupron to that list and put the brakes on the excesses of the transgender movement. Texas is set to be ground zero for that effort.