An official on the National Security Council will tell lawmakers Tuesday he reported concerns about President Donald Trump’s position toward Ukraine to a top White House lawyer, according to a draft of his statement.

Lt. Col. Alexander Vindman, the top Ukraine expert on the National Security Council, will be the first White House official appearing for a Democrat-led impeachment inquiry of Trump who listened in on the president’s July 25 phone call with Volodymyr Zelensky, the Ukrainian president.

Vindman will say he was “worried” about the pressure Trump put on Zelensky to open investigations into Burisma Holdings, an energy company linked to Hunter Biden, according to his opening statement, which The NYT first reported.

Vindman, an Army officer who served in the Iraq War, will also tell lawmakers that he raised concerns twice with John Eisenberg, the top lawyer on the National Security Council. (RELATED: Read The Whistleblower Complaint)

“I did not think it was proper to demand that a foreign government investigate a U.S. citizen, and I was worried about the implications for the U.S. government’s support of Ukraine,” Vindman will say. “I realized that if Ukraine pursued an investigation into the Bidens and Burisma it would likely be interpreted as a partisan play which would undoubtedly result in Ukraine losing the bipartisan support it has thus far maintained.” 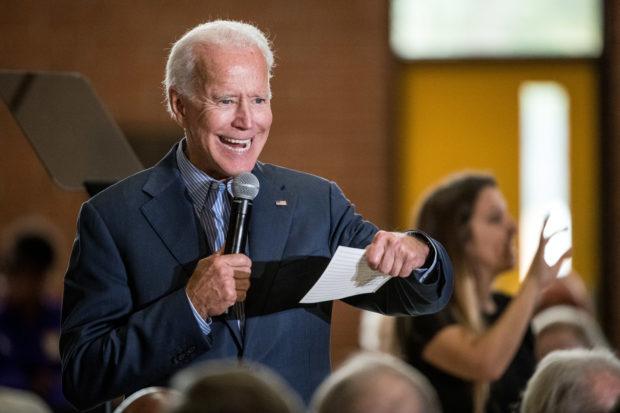 Vindman’s statement lends support to a CIA analyst’s whistleblower complaint against Trump over the phone call and other White House positions toward Ukraine.

The whistleblower said in the Aug. 12 complaint that multiple White House officials detailed issues they had with Trump’s call with Zelensky. The whistleblower said he was worried at the prospect Trump was withholding military aid from Ukraine as a quid pro quo to force Zelensky to open an investigation into the Bidens, as well as into whether the Ukrainian government meddled in the 2016 election to help Hillary Clinton.

Trump asked Zelensky to consider investigating whether Joe Biden intervened in 2016 to end an investigation in Ukraine against Burisma Holdings, according to a transcript of their call.

The White House denied Trump created a quid pro quo for Zelensky. Trump has also said his call with the Ukrainian leader was “perfect.”

In the opening statement, Vindman decries “false narratives” regarding the Bidens pushed by “outside influencers,” an apparent reference to Trump lawyer Rudy Giuliani.

Vindman said Gordon Sondland, the ambassador to the European Union, “emphasized” in the meeting “the importance that Ukraine deliver the investigations into the 2016 election, the Bidens and Burisma.”

Vindland said he told Sondland his remarks were “inappropriate,” and that a “request to investigate Biden and his son had nothing to do with national security.”

Text messages involving Sondland have showed the diplomat conveyed to colleagues that Trump wanted Zelensky to publicly commit to the investigations in exchange for a face-to-face meeting at the White House.

Vindland’s testimony matches closely with that of Bill Taylor, the charge d’affaires to Ukraine.