The ongoing impeachment inquiry into President Donald Trump could shut down the government since the Senate has yet to pass 12 spending bills, The New York Times reported.

None of the bills have reached the Senate floor yet, and a possible impeachment trial “gives added urgency” for the lawmakers to fully fund the government, Republican Maine Sen. Susan Collins said, according to The NYT. The impeachment inquiry is in the House and a vote has not been scheduled yet.

“It used to be that we frequently finished up the appropriations bills before the start of the fiscal year,” Collins said, reported The NYT. “A potential impeachment trial gives added urgency to our making as much progress as possible on the appropriations bills … before we could be presented with the articles of impeachment.” (RELATED: House Democrats Release Impeachment Resolution)

Funding might be extended into early 2020 so that resources don’t dry up in the case that senators have to spend time on an impeachment trial, which wouldn’t allow them to focus on legislative work as much. Lawmakers have had issues agreeing on the Trump administration’s spending, including efforts to build a wall between the U.S. and Mexico. 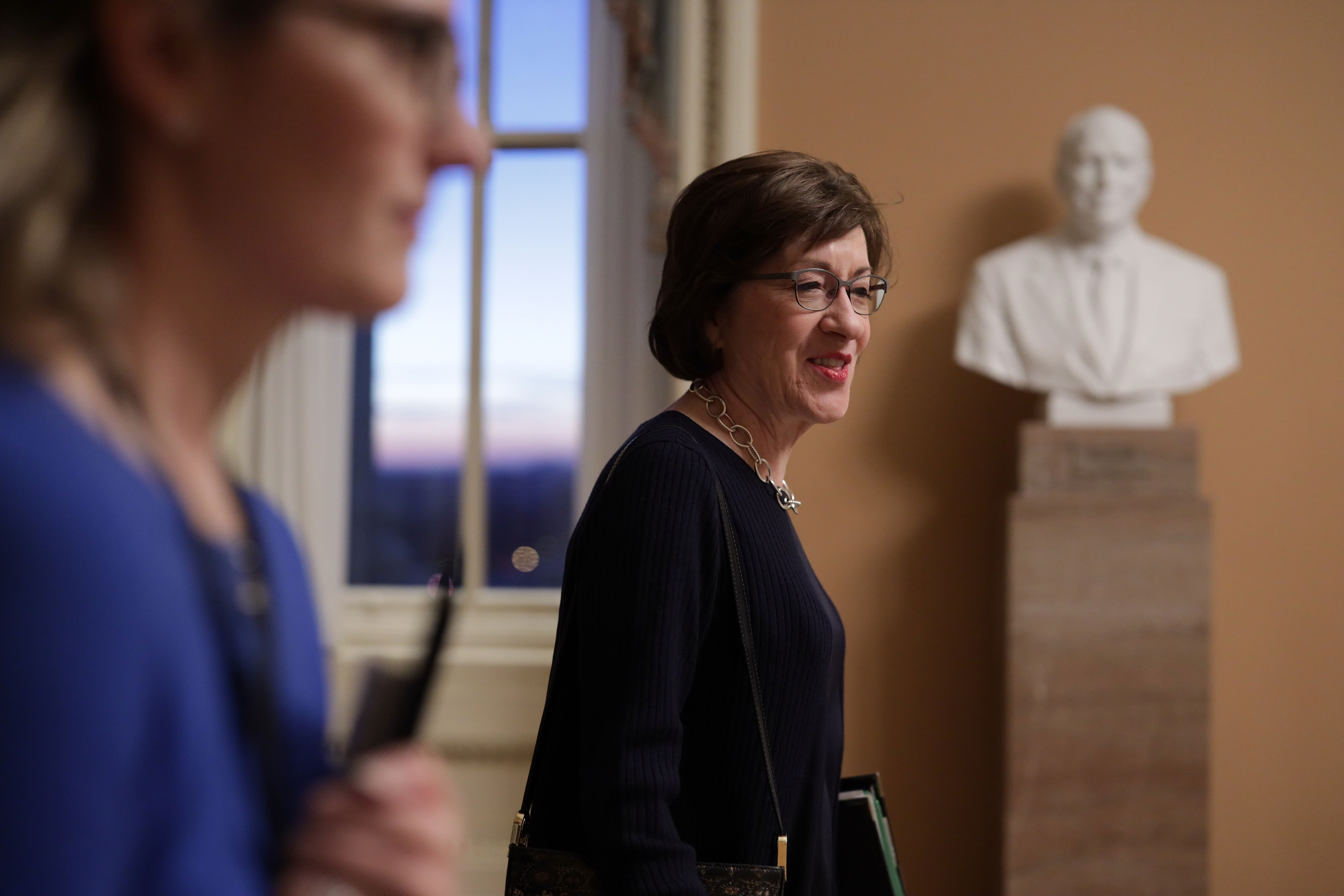 “I would hope the senators accept the responsibility that they have to complete their work,” said Democratic New York Rep. Nita M. Lowey, chairwoman of the House Appropriations Committee, according to The NYT.

The House passed 10 of the 12 bills earlier in 2019. After a 35-day partial government shutdown earlier in the year, lawmakers are trying to avoid another one. As a result, they might pass a short-term bill in an effort to avoid it.

A stopgap spending bill that would expire following an impeachment trial could cause more problems in an already divided government, The NYT noted, bringing up what “is likely to be a bitter partisan feud” over allegations that Trump asked Ukrainian officials to look into former Vice President Joe Biden and his son Hunter.

The current stopgap spending bill expires Nov. 21, which means lawmakers will have to potentially use another short-term bill to continue funding the government.