Pompeo spoke out in an exclusive interview with the New York Post where he defended the president’s July phone call with Ukrainian President Volodymyr Zelensky, saying that the phone call was “deeply consistent” with the Trump administration’s Ukraine policies.

Trump asking Zelensky to “do us a favor” was “a matter of policy, yes,” Pompeo told the Post.

“I’ve probably had more direct contact with the president than any other person, so I had real clear sense of what the president had in mind,” he said. “The corruption issues, I had a sense of this. What I heard him say on this phone call was what we put in our policy papers.”

Pompeo bashed House Democrats for what he called their secretive impeachment process. (RELATED: HHS Secretary Tells UN General Assembly: ‘There Is No International Right To An Abortion’) 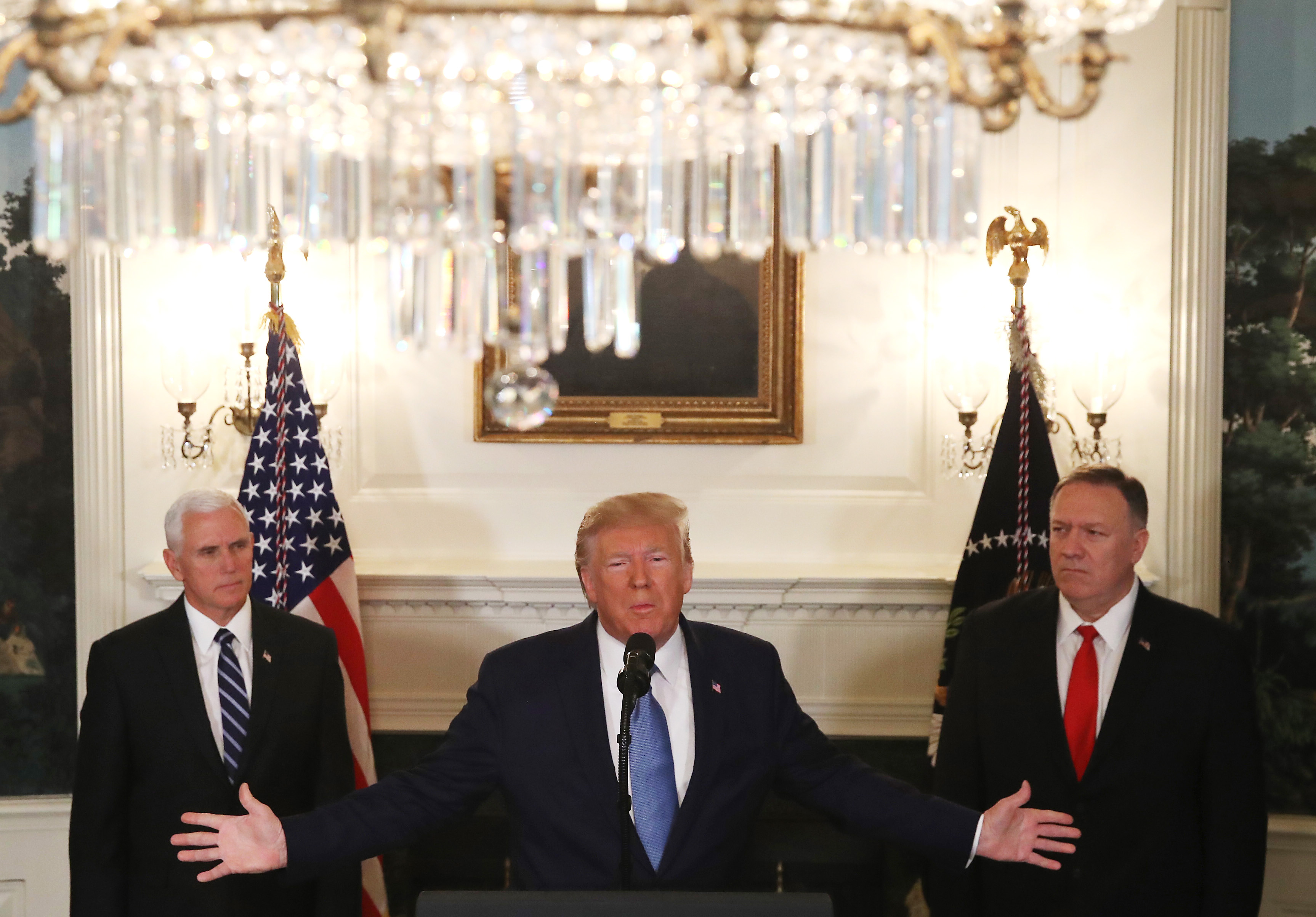 U.S. President Donald Trump is flanked by Vice President Mike Pence (L), and Secretary of State Mike Pompeo (R), while making a statement in the Diplomatic Room at the White House, on Oct. 23, 2019 in Washington, D.C. (Photo by Mark Wilson/Getty Images)

“I haven’t had access to this testimony,” he told the Post. “I have no idea what these individuals have actually said, and when they were asked questions about it, we can’t have State Department lawyers in the room. We’ve been denied that right. We’re unfortunately putting State Department officials at risk by sending them there without counsel from the agencies — this is unheard of. This is unprecedented.”

“This is the administration that actually provided defensive weapons systems [to Ukraine],” Pompeo told the Post. “I could not tell you why the Obama administration chose not to [arm Ukraine]. Was it because of Hunter Biden? I don’t know!”