The ad, which ran Wednesday during the World Series, highlights claims that Trump is “changing Washington” and has created 6 million new jobs.

Notably, it also claims that Trump cut “illegal immigration in half.” The source of this claim in the advertisement reads simply, “Fox News, 9/10/19.”

“We’re down more than 50 percent since May, in just three months,” Cuccinelli said during the interview.

However, that does not equate to Trump cutting illegal immigration in half over his presidency —comparing May’s numbers to August’s numbers paints a misleading picture.

As data released by the U.S. Customs and Border Protection (CBP) indicates, May was an all-time high point in “Apprehensions/Inadmissibles” in the past few fiscal years.

The combined amount of Apprehensions/Inadmissibles in the month of May was 144,116. By August, that number fell to 62,707, a drop of over 50%, as Cuccinelli boasted.

By comparing those two numbers from the aforementioned timeframe, the Trump campaign is claiming success because they were able to reduce a record number of border crossings that technically ballooned during Trump’s presidency.

Indeed, the number of yearly apprehensions has overall been much higher under Trump that it was under then-President Barack Obama.

Moreover, the problem has actually gotten worse, not better, since the beginning of Trump’s presidency.

The Daily Caller reached out to the Trump campaign for a comment on the ad, and was simply referred back to the Cuccinelli interview on Fox News. 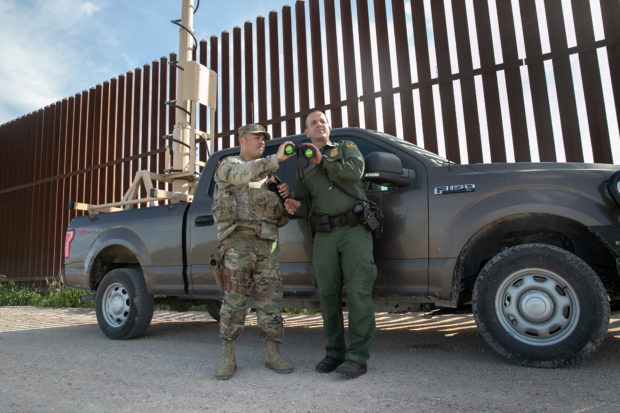 U.S. Border Patrol agent Carlos Ruiz (R), and an active duty U.S. Army soldier search for undocumented immigrants next to the U.S.-Mexico border fence on September 10, 2019 in Penitas, Texas. Border agents detected and pursued a group, who scattered in a nearby cotton field earlier in the day. Photo by John Moore/Getty Images

Trump has previously lashed out at former supporters who have criticized his immigration record as president.

The president called Ann Coulter a “wacky nut job” in March after the conservative author repeatedly criticized Trump over immigration. 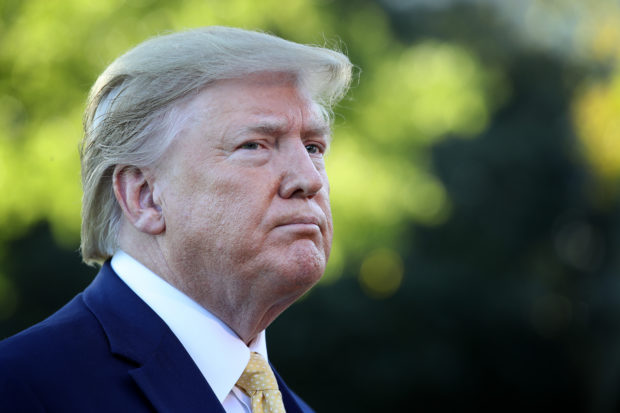 U.S. President Donald Trump answers questions from the media while departing the White House on October 11, 2019 in Washington, DC. Trump is scheduled to attend a campaign rally in Louisiana later in the day. Photo by Win McNamee/Getty Images

Trump has historically strong numbers with Republicans, but some early polling indicates that the president may have an uphill battle in 2020. (RELATED: Poll: 56 Percent Of Women, 18 Percent Of Republicans Favor Impeaching And Removing Trump)