A Fox News poll released Sunday indicates that 49% of Americans think President Donald Trump should be impeached and removed from office.

According to Fox News, “Forty-nine percent want Trump impeached and removed from office, 4 percent say he should be impeached but not removed, and 41 percent oppose impeaching Trump.”

…Court Justice & I turned him down (he’s been terrible ever since), Shep Smith, @donnabrazile (who gave Crooked Hillary the debate questions & got fired from @CNN), & others, @FoxNews doesn’t deliver for US anymore. It is so different than it used to be. Oh well, I’m President!

Biden has a 12-point lead over Trump, while Sanders has an 8-point lead. (RELATED: Trump Loses It On Fox News Over Latest 2020 Poll)

Massachusetts Sen. Elizabeth Warren has a 5-point lead over Trump, but Fox News notes that is within the margin of error for the poll.

Fox News Poll: As Trump makes gains against Warren and Sanders, only Biden increases his lead from last month.

Trump can not get above 41% against *anyone* – a massive red flag. pic.twitter.com/csB8gSZCDe

Recent polling indicates that Trump faces a skeptical public as the impeachment fight heats up in Washington. 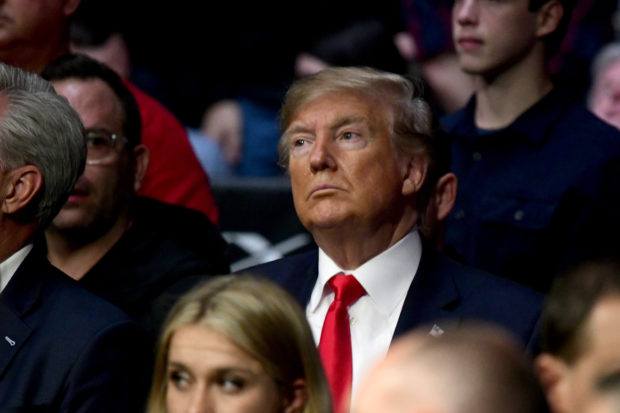 A recent ABC News/Washington Post poll showed that 18% of Republicans favored Trump being impeached and removed from office. There was also a notable gender gap in feelings on impeachment, with 56% of women wanting impeachment while only 42% of men did. (RELATED: EXCLUSIVE: We Asked Every GOP Senator About Impeachment. Seven Ruled It Out.)