The 35-year-old comedian’s debut on the streaming site was previously set to hit on Thanksgiving. But as of Thursday afternoon the title page for the special has been removed, according to the Hollywood Reporter.

A Netflix spokesperson confirmed to the outlet that the special was put on hold and there is no further information about when or if it will air.(RELATED: This New Louis C.K. Movie Has Harvey Weinstein Written All Over It) 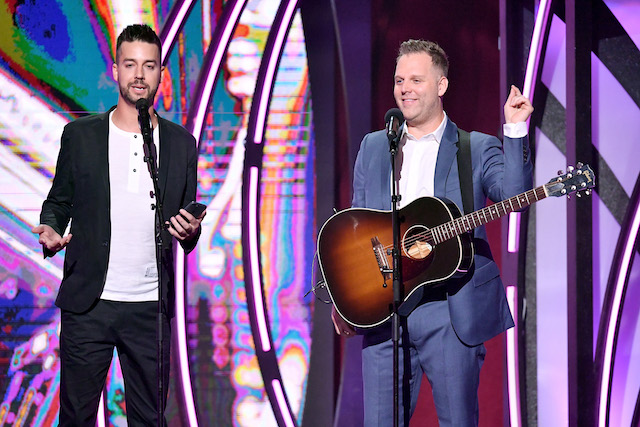 Comedian John Crist and artist Matthew… on May 27, 2018 in Nashville, Tennessee. (Photo by Jason Davis/Getty Images for KLOVE)

Press material from the streaming site described Crist as “the son of a pastor and one of eight homeschooled children” and said that his stand-up comedy special would deal with “the weakness of millennial culture, how to be a ‘good’ Christian, dating in the modern era and more.” (RELATED: Aziz Ansari Responds To Sexual Assault Allegations)

It all comes after Christian publication Charisma News published an article on Wednesday in which multiple women make a variety of sexual misconduct allegations against the Christian comedian, including unwanted sexting and “offering show tickets in exchange for sexual favors.”

The comedian has since cancelled the rest of his tour dates for the year and released a statement promising to spend time “getting healthy spiritually.”

“Over the past number of years, various women have accused me of behavior that has been hurtful to them,” the comedian’s statement read. “While I am not guilty of everything I’ve been accused of, I confess to being guilty of this — I have treated relationships with women far too casually, in some cases even recklessly.”

“My behavior has been destructive and sinful,” the statement added.  “I’ve sinned against God, against women and the people who I love the most. I have violated my own Christian beliefs, convictions and values, and have hurt many people in the process. I am sorry for the hurt and pain I have caused these women and will continue to seek their forgiveness. I have also hurt the name of Jesus and have sought His forgiveness.”