At the same time that Ukraine is receiving billions of dollars in financial aid and weapons shipments from the United States, its government is also strengthening economic and military ties with China.

Over the past several years, Ukraine has rapidly expanded its trade with China amidst the intensifying trade war between Washington and Beijing. Kyiv has also successfully courted multibillion-dollar investments from China as part of its effort to join Beijing’s One Belt One Road Initiative. In the defense sphere, Ukraine is aiding China’s military modernization drive by selling it advanced military hardware that the People’s Liberation Army currently lacks.

Although Ukraine historically looked to Russia as its main economic partner, that started to change after Moscow annexed Crimea and began supporting separatists in Eastern Ukraine. Kyiv needed new sources of trade and investment, and while it formally declared that it wanted to integrate with the West, it was more than happy to do lucrative business with Beijing. 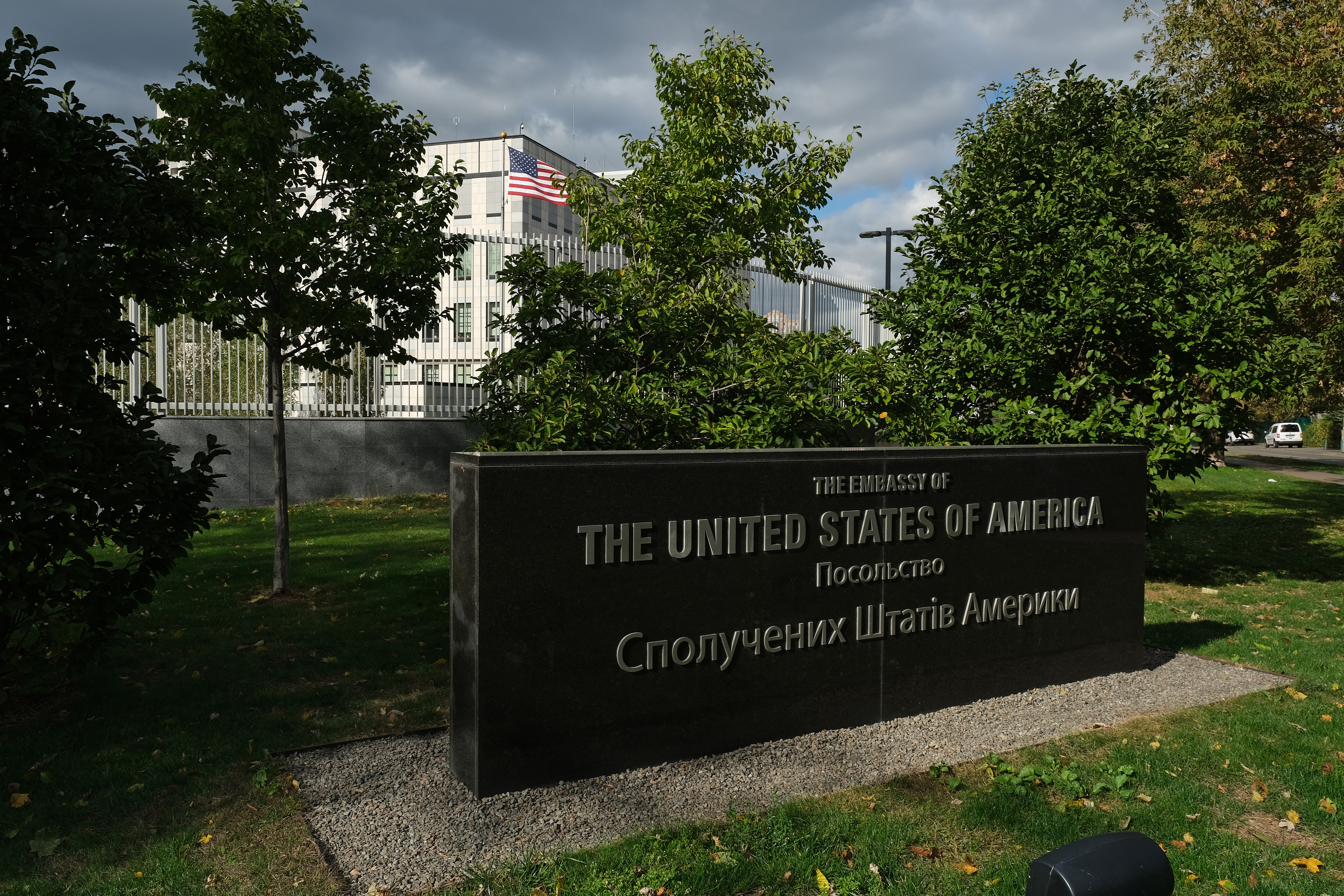 KIEV, UKRAINE – OCTOBER 01: The embassy of the United States of America stands on October 01, 2019 in Kiev, Ukraine. Ukraine has found itself at the core of a political storm in U.S. politics since the release of a whistleblower’s complaint suggesting U.S. President Donald Trump, at the expense of U.S. foreign policy, pressured Ukraine to investigate Trump’s rival, Joe Biden, and Biden’s son, Hunter. The complaint suggests too that the Trump administration recalled U.S. ambassador to Ukraine at the time, Masha Yovanovitch, because she was hindering efforts to collect information on Biden. Trump and his allies have charged that Biden, during Biden’s term as Vice President, forced Ukraine to fire then General Prosecutor Viktor Shokin in order to shield Hunter, who was on the board of a Ukrainian company. Anti-corruption workers in Ukraine counter that the Obama administration, as well as other western governments, demanded Ukraine fire Shokin because Shokin was in fact impeding anti-corruption efforts. (Photo by Sean Gallup/Getty Images)

Trade between Ukraine and China grew by 51% over the past two years to reach $9.8 billion in 2018 – more than twice the trade level between Ukraine and the United States. During the first quarter of this year, China even supplanted Russia as Ukraine’s biggest trading partner. (RELATED: President Trump Promises Release Of ‘Tantalizing’ First Phone Call With Ukraine)

As the trade war between Washington and Beijing entered full swing, China turned to Ukraine to help replace the agricultural goods it once imported from American farmers. For example, Ukraine’s share of the Chinese corn market jumped by 20% after China imposed counter-tariffs on U.S. corn.

“Ukraine is ready to offer cost-effective transport routes on the territory of Ukraine to connect China with the countries of Europe, and also to establish cooperation between enterprises of Ukraine and China, with the further sale of products in the markets of the EU,” he said. 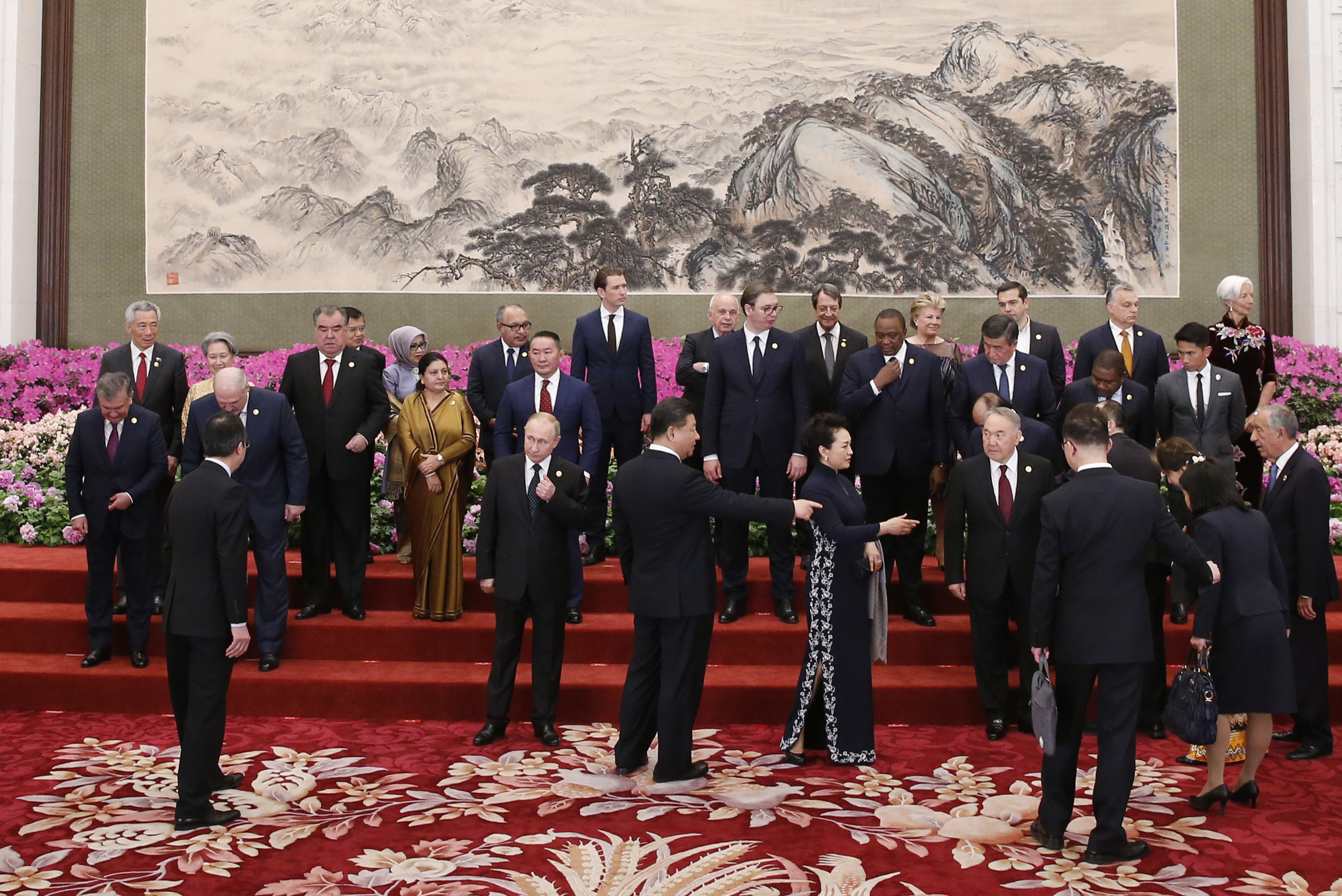 BEIJING, CHINA – APRIL 26: Russian President Vladimir Putin (C-L) and other leaders arrive to attend a group photo session at a welcoming banquet for the Belt and Road Forum hosted by Chinese President Xi Jinping (C) and his wife, Peng Liyuan, (C-R) at the Great Hall of the People on April 26, 2019 in Beijing, China. (Photo by Jason Lee – Pool/Getty Images)

Over the past few years, China has invested billions in Ukrainian infrastructure as part of its Belt and Road Initiative. In December 2017, China pledged to invest $7 billion in joint projects between the two countries. Beijing has also loaned the Ukrainian government $2 billion for a new metro line in Kyiv, $500 million to finance affordable housing mortgages, $400 million for a railway between Kyiv and Boryspil International Airport, and $340 million for a new bridge across the Dnieper River. (RELATED: Hunter Biden Speaks Amid Ukraine Scrutiny In Exclusive ABC News Interview)

After meeting with Ukrainian President Volodymr Zelensky in July, a group of Chinese investors announced that they will invest $10 billion into the Ukrainian economy.

The United States has long viewed the One Belt One Road Initiative with suspicion, arguing that the project represents an effort by Beijing to strengthen its geopolitical influence and to saddle developing nations with large debts.

Some in Washington suspect that the Kyiv’s growing interest in Chinese investments is due to the fact that Beijing, unlike American and European financial institutions, is willing to turn a blind eye to the country’s rampant corruption. A Pentagon official visiting Ukraine last year told The Kyiv Post that “some Ukrainians found doing business with China convenient as China was not averse to corrupt deals.”

The Trump administration has also grown increasingly alarmed about the military cooperation between Kyiv and Beijing. Ukraine is China’s second largest weapons supplier, providing the People’s Liberation Army with more than $100 million worth of arms each year. 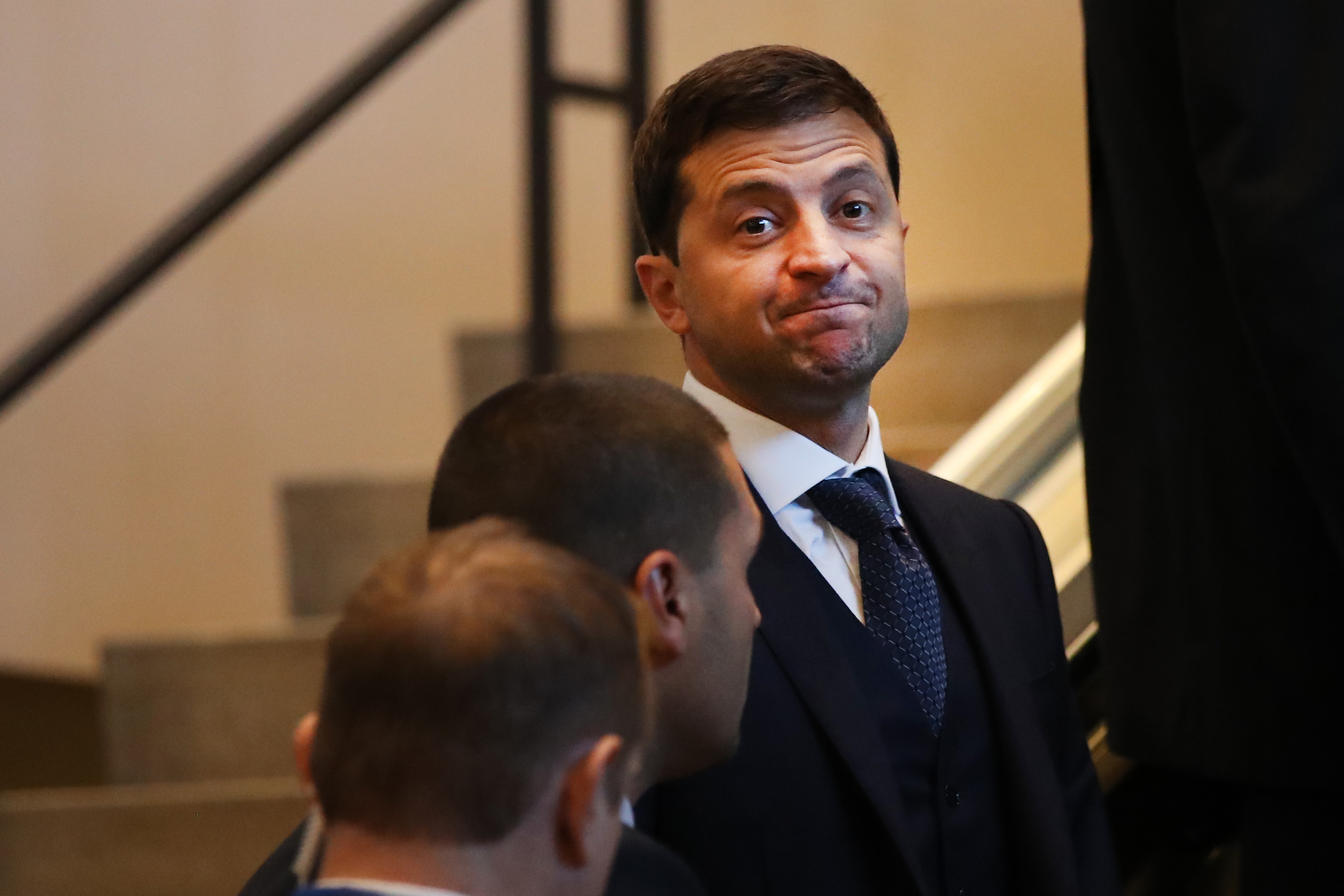 NEW YORK, NY – SEPTEMBER 24: Ukraine President Volodymyr Zelensky arrives at the United Nations (U.N.) General Assembly on September 24, 2019 in New York City. World leaders are gathered for the 74th session of the UN amid a warning by Secretary-General Antonio Guterres in his address yesterday of the looming risk of a world splitting between the two largest economies – the U.S. and China. (Photo by Spencer Platt/Getty Images)

Earlier this summer, Beijing Skyrizon Aviation put in a bid to acquire a 50% stake in Motor Sich, a Ukrainian aircraft engine manufacturer. For China, Motor Sich is a tantalizing asset because of its reputation as a global leader in engine technology, one of the few areas that the Chinese military still lags behind. (RELATED: Biden On Trump’s Ukraine And China Accusations: ‘He Slanders Anyone He Sees As A Threat’)

The United States has adamantly opposed this deal. On August 27, then National Security Advisor John Bolton traveled to Kyiv to urge the Zelensky administration to block the transaction on national security grounds.

“Military and sensitive technologies should not reach enemies or potential enemies. We inform friends and partners about the danger of Chinese investment,” Bolton said.

The Ukrainian government, so far, has not followed through on Washington’s request.

With Ukraine’s deepening economic and defense ties with China, some of its western partners are starting to question whether Kyiv’s future lies with Beijing rather than with Europe. As one Western diplomat in Kyiv told The Washington Post, “One way or another, Ukraine will have to choose. They cannot eternally integrate with China while moving toward the West.”