Massachusetts Sen. Elizabeth Warren beat out the competition by just under a minute with the most speaking time during Wednesday’s Democratic debate.

The debate, co-hosted by MSNBC and The Washington Post, saw a field of 10 Democratic candidates. Warren got the most speaking time, racking in around 13 minutes and 23 seconds, according to a CNN tracker. She was also the first Democrat to be asked a question when the debate started. 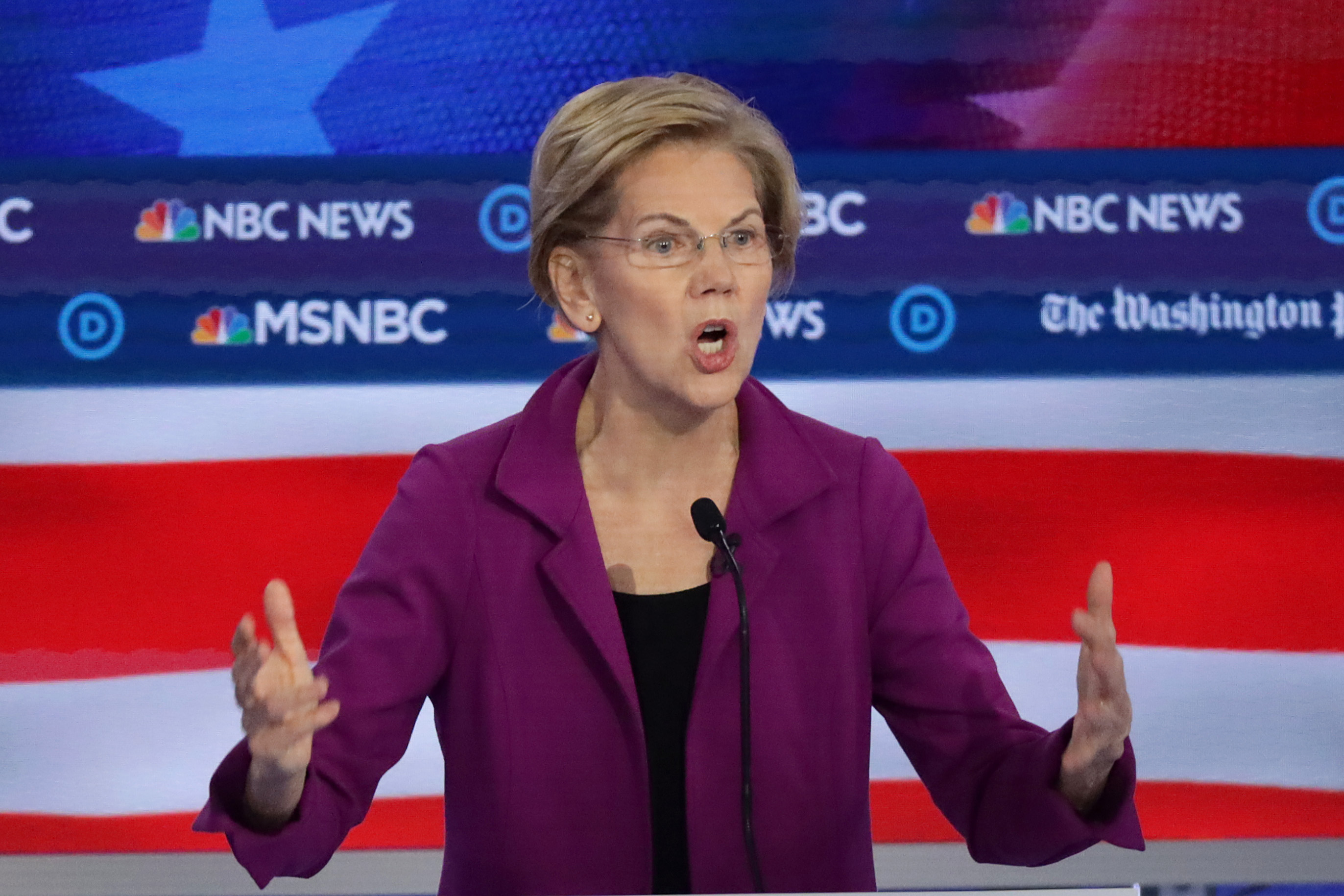 Hawaii Rep. Tulsi Gabbard was toward the bottom of the field with speaking times. She had nine minutes and 18 seconds, the CNN analysis found. Behind her was philanthropist Tom Steyer. Businessman Andrew Yang got the least amount of speaking time, and it also took moderators 32 minutes to ask him a single question. He spoke for just under seven minutes during the two-hour debate.

Moderators have given Warren the most time to speak during past debates, too. During the October debate, she also spoke the most out of the candidates, according to an analysis from WaPo. Yang and Gabbard were also toward the bottom of the list, although the businessman saw more speaking time than the Hawaii congresswoman.

Throughout the first five debates, the Massachusetts senator has almost always been near the top. She was second in speaking time throughout the second and third debates as well, a big jump from the first debate in June where she was ranked seventh.