Former President Barack Obama reportedly told a visitor that President Donald Trump “knows absolutely nothing” after the two met at the White House in 2016.

Obama and his small staff had to deal with “a crazy president personally obsessed with Obama” after Trump won in 2016, Politico reported Tuesday. The former president has gradually become more vocal against Trump since the election, but appears to have privately voiced concerns throughout Trump’s tenure.

“He [Trump] knows absolutely nothing,” Obama reportedly said after one White House meeting. 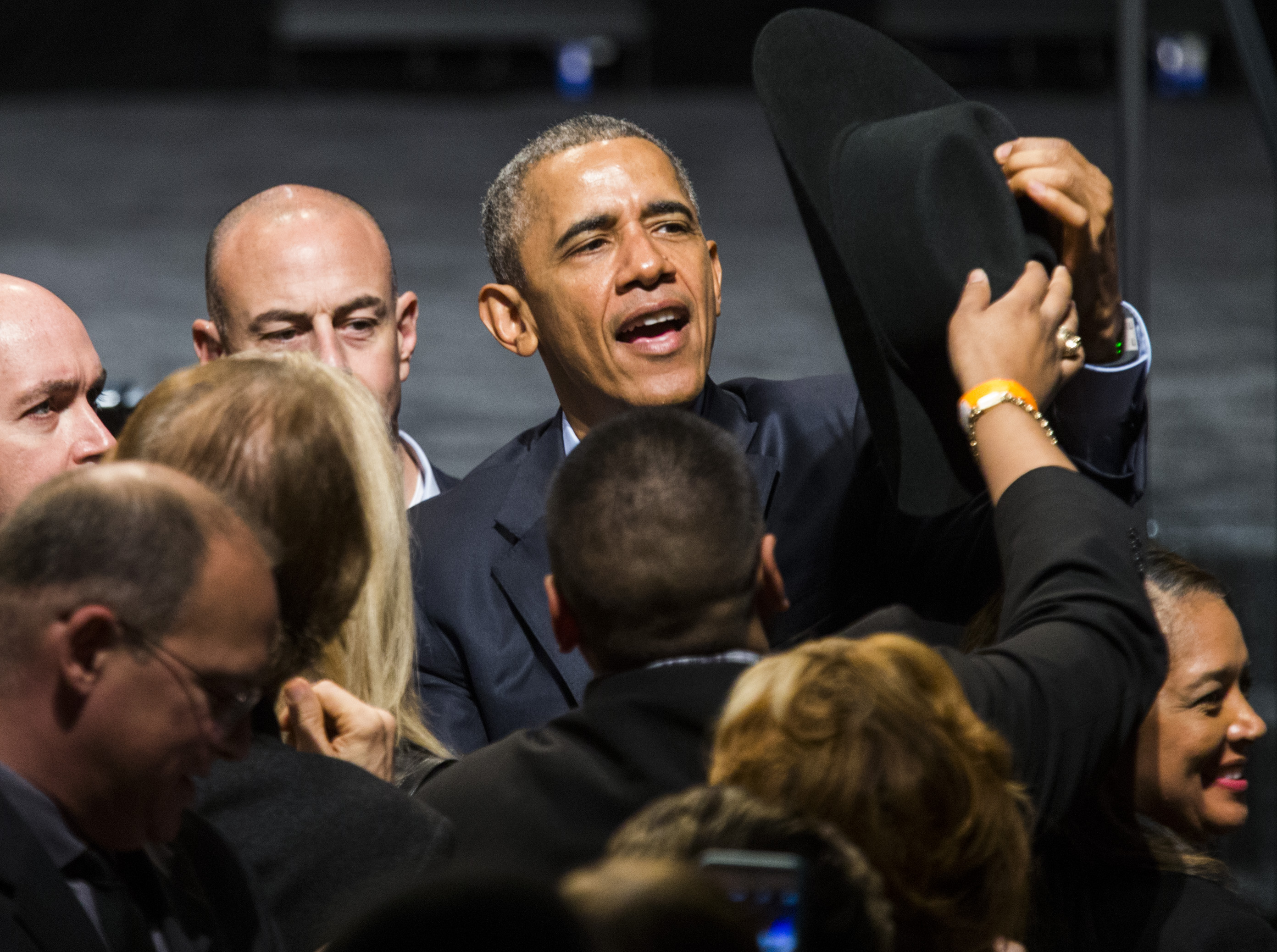 President Barack Obama tries on a cowboy hat from a member of the crowd after speaking at a private Democratic National Committee event at Gilley’s Club Dallas on March 12, 2016. (Ashley Landis-Pool/Getty Images)

Obama “held out hope” for a traditional relationship as past and current president, Obama’s first post-presidential press secretary Kevin Lewis said, according to Politico. However, Trump’s policies and apparent attacks of the former president forced Obama’s hand.

“He [Obama] wanted to be a resource,” according to Lewis. “What we didn’t expect at the level that it was done were the attacks.” (RELATED: Joe Biden’s Campaign Strategy Has Focused On Attacking Trump, Association With Obama)

“What do you do?” Lewis continued, recalling a moment where the president tweeted out that Obama had wiretapped him in Trump Tower. “He [Obama] desperately wanted to adhere to the precedent but it was an unprecedented moment. So we focused more on addressing the lie than talking about Trump’s character.”

The former president is looking forward to sparking a campaign against Trump in 2020, according to one close adviser. More specifically, Obama is expected to be partisan and offer his full opinion on the current president, Politico added.