The former vice president and current front-runner of the Democratic 2020 presidential candidates remind voters repeatedly of his close relationship with Obama, while continuously saying that Trump must not be allowed another four years in office.

These themes were reflected in Biden’s campaign video released Tuesday — an ad that bashes President Donald Trump as an “erratic, vicious, bullying president” while highlighting Biden’s close association with Obama.

“President Obama and Vice President Biden were an administration America could be proud of, our allies could trust, and our kids could look up to,” the narrator says. (RELATED: Obama Warned Biden Campaign Advisers To Make Sure Biden Did Not ‘Damage His Legacy’)

“Together they worked to save the American economy, to pass the historic Affordable Care Act, protecting over 100 million Americans with pre-existing conditions.”

Video footage depicts flaming torches in Charlottesville followed by mentions of the economy and health care. The ad does not mention key points in Democratic platforms that Democratic candidates are expected to run on, such as Russian collusion. 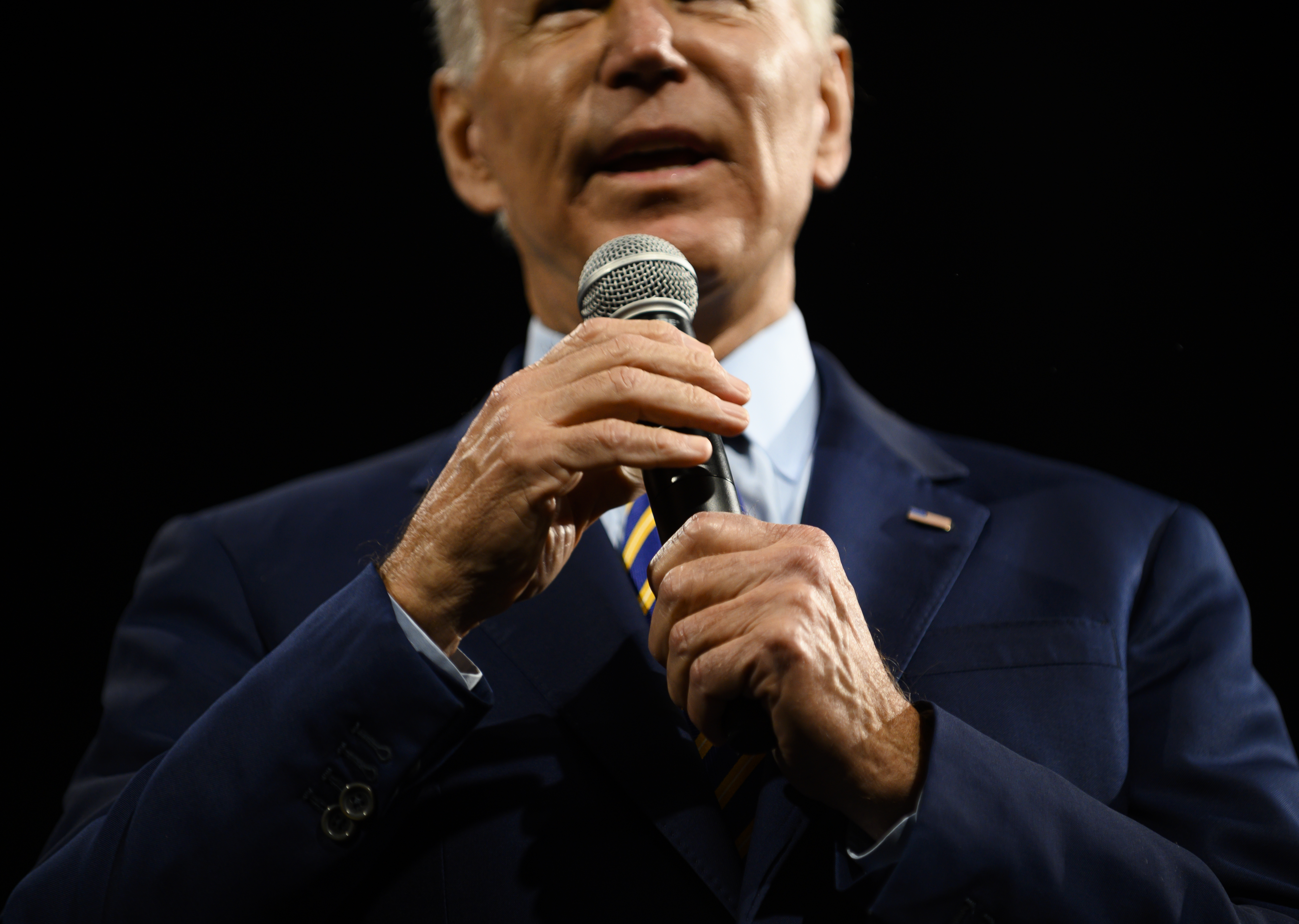 Monday night at a New Hampshire campaign event, Jill Biden assured voters that though other candidates might be better on issues than Biden, voters must focus on beating Trump.

“Your candidate might be better on, I don’t know, health care, than Joe is, but you’ve got to look at who’s going to win this election,” Biden’s wife said Monday. “And maybe you have to swallow a little bit and say, ‘Okay, I personally like so and so better,’ but your bottom line has to be that we have to beat Trump.”

A CNN poll released Tuesday reveals that 29 percent of Democratic and Democratic-leaning voters say that they would vote for Biden — a percentage that is up seven points compared to a June CNN survey conducted after the first round of Democratic debates. (RELATED: Joe Biden Becomes The Left’s Punching Bag During Second CNN Debate)

While Biden’s percentage has increased, other Democratic candidates have not made notable gains. The poll shows that Biden retains a double-digit lead over Vermont Sen. Bernie Sanders and Massachusetts Sen. Elizabeth Warren, with Sanders holding 15 percent and Warren 14 percent.

Meanwhile, 54 percent of Democratic and Democratic-leaning registered voters say that they believe choosing a candidate most likely to beat Trump is their top priority – and 35 percent of those voters say they will vote for Biden.

Biden is scheduled to stay home as hundreds of Democratic National Committee delegates and the 13 2020 presidential candidates travel to San Fransisco this weekend for forums in which DNC members will question the candidates on policy.

But whatever is keeping the former vice president from San Fransisco will not stop him from spending time at campaign fundraisers in the Hamptons next weekend. Biden has also attended events in Cape Cod, Aspen and Sun Valley, Idaho, according to Bloomberg.