Democratic Hawaii Rep. Tulsi Gabbard took a shot at the media’s usage of the Democratic debates and compared the debates to “political reality TV” on a podcast Tuesday.

Gabbard spoke on “The Joe Rogan Experience” with Rogan and Jocko Willink and discussed attacks from her fellow candidates, her presidential bid and her thoughts on the debates. Gabbard called the format of the debates “frustrating.”

“You’ve got 60 to 75 seconds to get your point across, to talk about hey here’s my position, here’s what I would do with North Korea, here’s what I would deal with immigration reform in 60 seconds or less,” Gabbard told Rogan. (RELATED: The Clintons Coined The Phrase ‘Safe, Legal And Rare,’ But Abortion Activists Say This Is Stigmatizing) 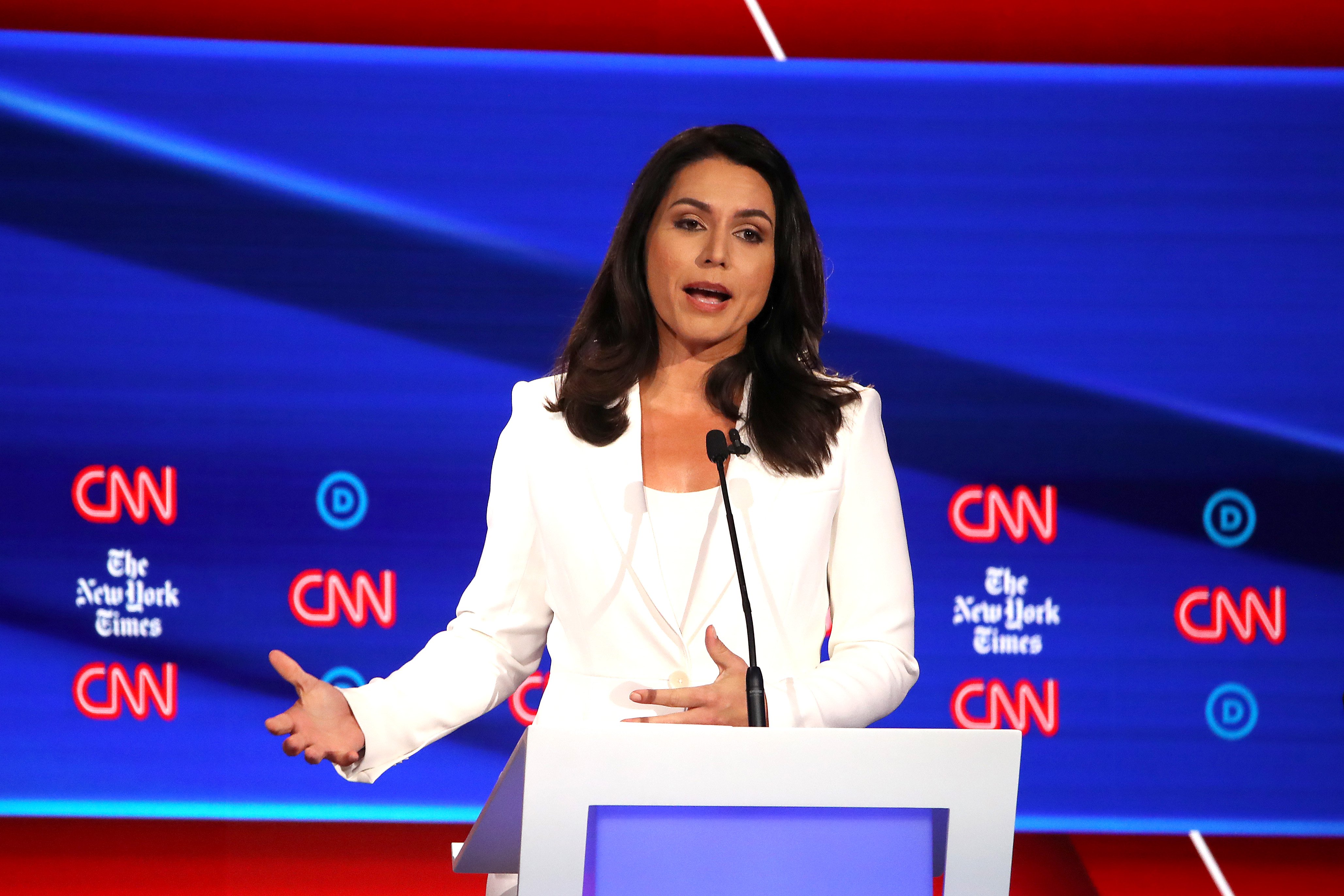 The 2020 presidential candidate laughed with Rogan as they discussed a money-driven nature of the debates, which intersperses commercials between weighty presidential discussions.

“People are getting really turned off by it,” Gabbard said. “They have alternatives. They’re not getting anything of value from the conversation that’s happening on these debates that are really like political reality TV. They are completely set up for conflict and confrontation to drive up ratings so … the corporate media can make more money.”

The Hawaii representative bashed the debates as the media’s “money-driven, ratings-driven venture” and pointed out that while the first 2020 debate had about 22 million viewers, the most recent Democratic debate had roughly 6.6 million viewers.