Former President Jimmy Carter was released from the hospital Wednesday following surgery to ease brain pressure caused by bleeding from a fall.

“He and Mrs. Carter look forward to enjoying Thanksgiving at home in Plains, where he will continue to recover,” The Carter Center said in a statement on Twitter. “The Carters are grateful for all the prayers, cards, and notes they have received and hope everyone will join them in enjoying special thanksgiving.” (RELATED: Jimmy Carter Is Back Teaching Sunday School After Fall)

Carter underwent the procedure Nov. 12 to relieve pressure on his brain caused by a fall-induced subdural hemotoma. 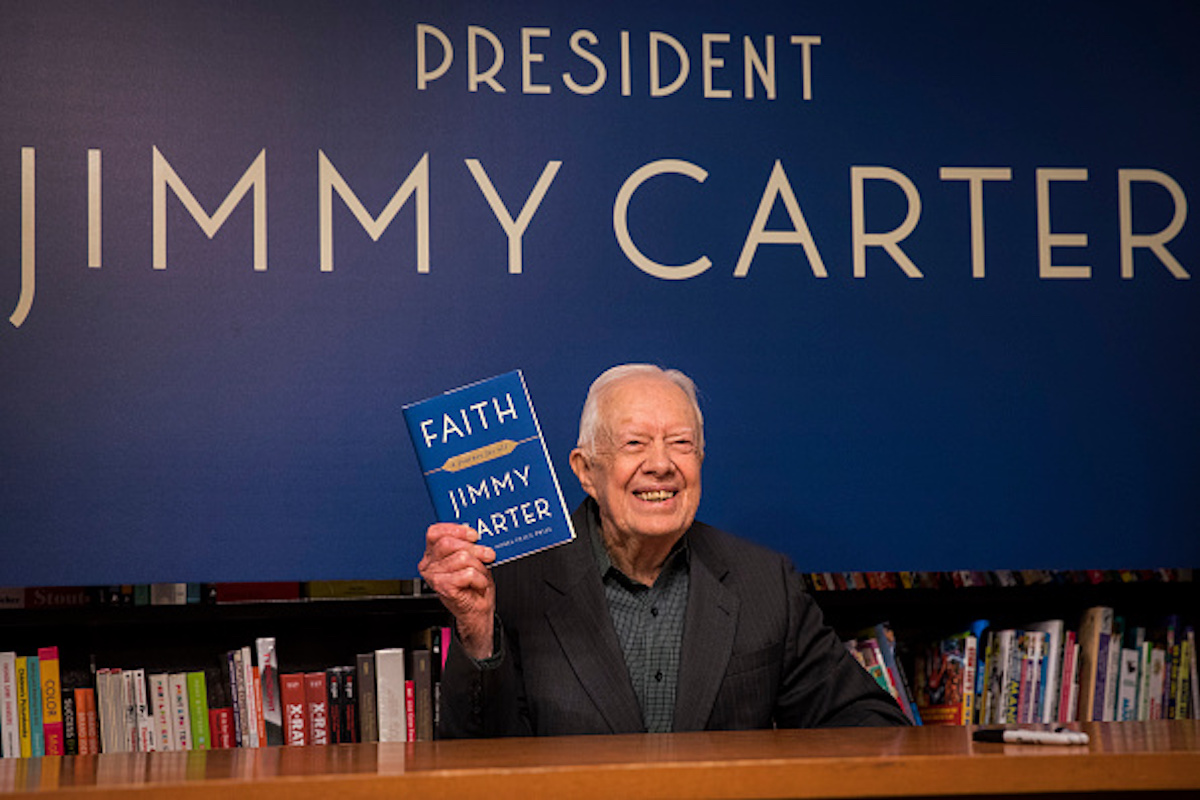 Former U.S. President Jimmy Carter holds up a copy of his new book ‘Faith: A Journey For All’ at a book signing event at Barnes & Noble bookstore in Midtown Manhattan, March 26, 2018 in New York City. (Photo by Drew Angerer/Getty Images)

The former president, 95, was admitted to Emory University Hospital in early November for the surgery. Carter is the longest-living former U.S. president. He has had many health issues in recent months after multiple falls. Carter was hospitalized in late October after falling in his house and suffering a pelvic fracture. (RELATED: Jimmy Carter Hospitalized For Brain Procedure)

Carter also had to receive 14 stitches in early October, after falling and hitting his forehead on a sharp corner.