First lady Melania Trump apparently won the crowd over after being booed at Tuesday’s youth opioid summit, but outlets appeared to bury the news.

Melania spoke at the B’More Youth Summit in Baltimore on Tuesday to help show children the dangers of opioid abuse. The speech was part of her “Be Best” campaign, and the first lady was booed as she began to speak on stage, according to reports and video footage. The Washington Post noted in its article that she appeared to win over the crowd in the end, but no other outlet highlighted this.

The New York Times, CNN and NBC News were among the outlets that reported on Melania being booed, each framing the story around this rather than her response or what the summit was about. ABC News even linked and quoted WaPo’s article, and noted that some booing died down, but avoided mentioning that the crowd appeared swayed by her speech in the end.

“But by the end of the speech, all of the adults agreed, the kids were booing less,” WaPo’s article reads. “They listened, and they even clapped,” according to one worker.

There were no protestors at the event and the boos were likely a result of President Donald Trump’s comments over the summer about Baltimore being “rat-infested,” WaPo noted. The outlet interviewed people who said that even though the first lady got some boos, it was important that she “came for the cause,” which was to help a growing epidemic in America. 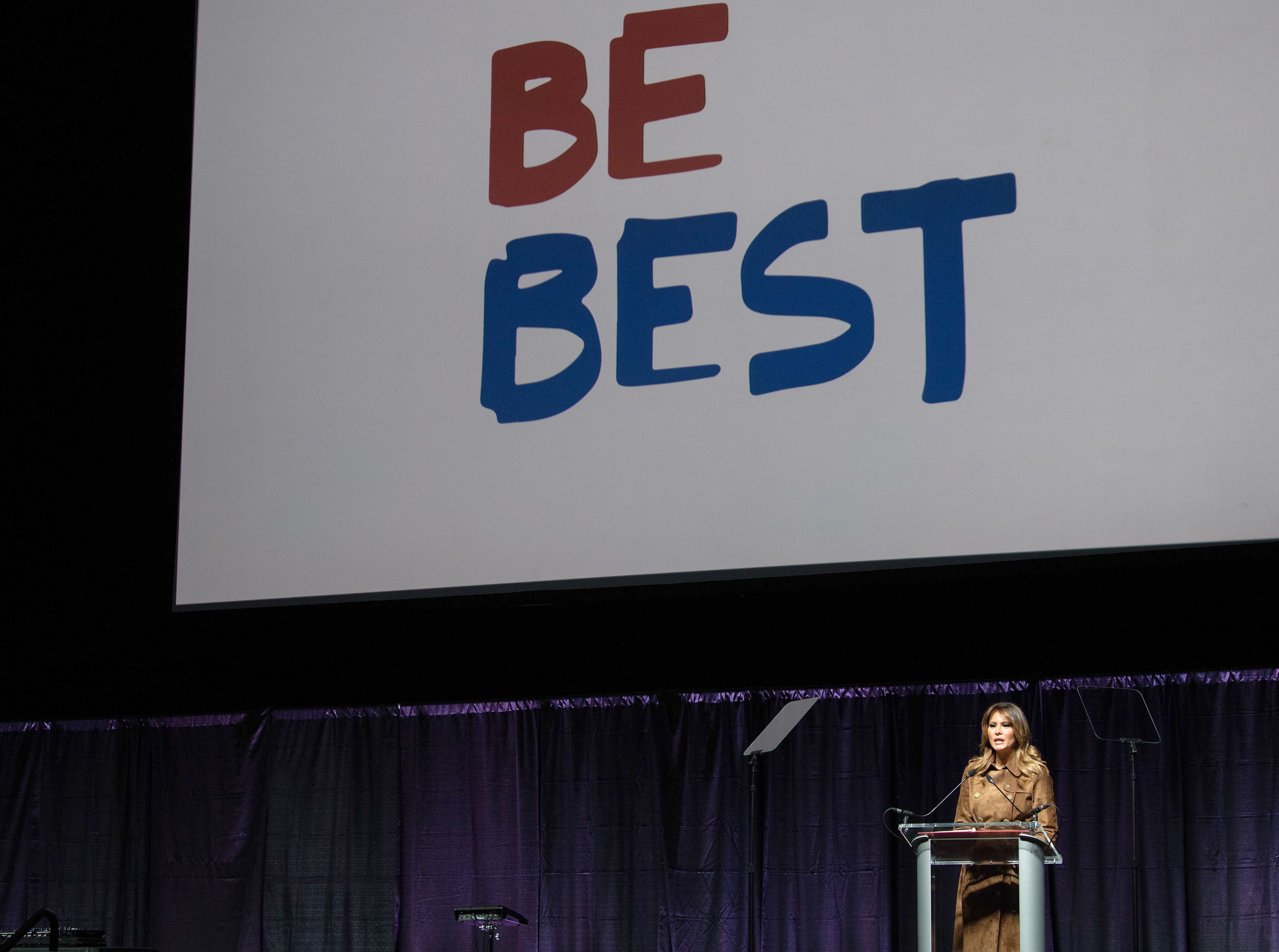 “I don’t think that a link to The Washington Post would convey any additional information for our readers. We like to link to outside sources when they have additional information that would help readers better understand a story,” a NYT senior editor told the Daily Caller News Foundation. “In the case of this article, The Post’s coverage is almost identical to our own. While we don’t have the video of the event in the article, we describe it in similar terms.”

The NYT highlighted that both outlets reported Melania got booed on stage.

“She was again loudly booed, and also cheered, as she departed the stage at the conclusion of her speech. This is the first time the first lady has been publicly booed at a solo event, though the Trump administration has had strained relations with the city of Baltimore,” according to CNN.

NBC heavily highlighted the boos, writing that she was greeted with a “loud chorus” of them and that students “were speaking loudly throughout her remarks in a city her husband, President Donald Trump, has derided as ‘a disgusting, rat and rodent-infested mess.'” (RELATED: Peter King: ‘Absolutely Disgraceful’ That Melania Trump Booed At Youth Opioid Summit)

“When she first took the stage, she was greeted with a mix of cheers and boos, but the boos appeared to be much louder and longer-lasting than the cheers.”

Melania issued a statement after the summit in response to some of the audience’s reactions to her presence.

“We live in a democracy and everyone is entitled to their opinion, but the fact is we have a serious crisis in our country and I remain committed to educating children on the dangers and deadly consequences of drug abuse,” Melania said.

CNN and NBC did not respond to the DCNF’s request for comment.