Popular American conceptions of the first Thanksgiving, though grounded in the truth of a celebratory feast between Native American Indians and the pilgrims, are not entirely accurate.

Most Americans have been brought up on the same story of Thanksgiving: pilgrims fled restrictions on religious freedom and came to the New World, which would eventually become the United States of America. These pilgrims might have starved to death but for the help of some friendly neighboring Indians, specifically the English-speaking Squanto and Samoset, who taught the pilgrims how to fend for themselves in the wild. And the following fall, the pilgrims and the Indians celebrated with a grand feast. (RELATED: Warren Celebrates Indigenous People On Columbus Day)

This version of the first Thanksgiving is not entirely wrong. There certainly was a feast, and both Native American Indians of the Wampanoag tribe and pilgrims attended it. Over 50 colonists probably attended that feast, and the majority of these colonists were men as the majority of the women had died during the winter. Twenty-two men attended the first Thanksgiving, four women, and over 25 children and teenagers. Historians guess that the Native American Indians outnumbered the colonists more than two to one. 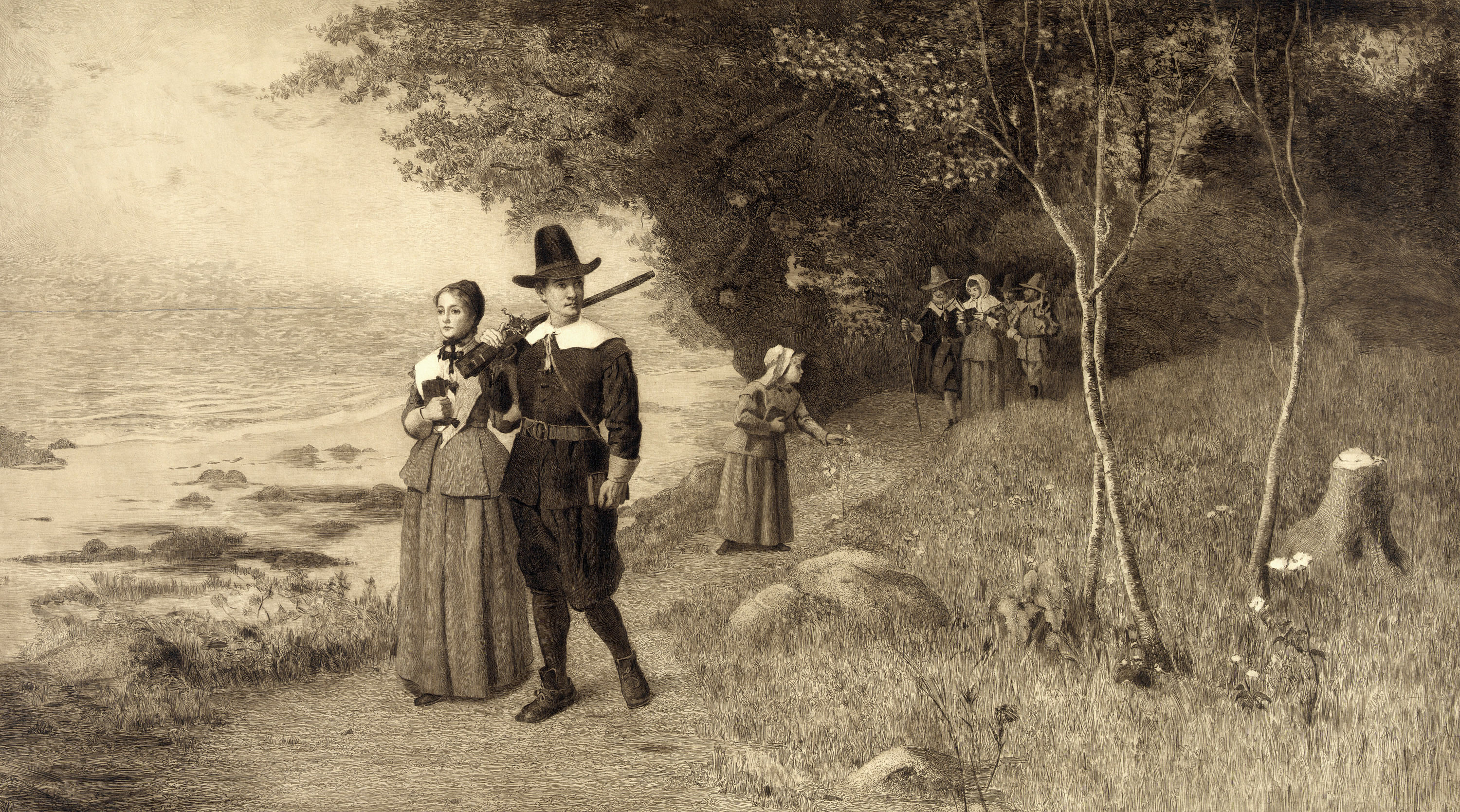 “Basically it was to celebrate the end of a successful harvest,” executive liaison for administration at Plimoth Plantation Tom Begley told History.com. “The three-day celebration included feasting, games and military exercises, and there was definitely an amount of diplomacy between the colonists and the native attendees as well.”

Many of the details about the first Thanksgiving were uncovered in a December 1621 letter from pilgrim Edward Winslow, who sailed from England on the Mayflower in 1620 and founded Plymouth Colony in Massachusetts. (RELATED: New Book Emphasizes The Importance Of Faith And Reason For Western Civilization)

“Our harvest being gotten in, our governor sent four men on fowling, that so we might after a special manner rejoice together after we had gathered the fruit of our labors,” Winslow wrote. “They four in one day killed as much fowl as, with a little help beside, served the company almost a week.”

“At which time, among other recreations, we exercised our arms, many of the Indians coming amongst us, and among the rest their greatest king Massasoit, with some ninety men, whom for three days we entertained and feasted, and they went out and killed five deer, which they brought to the plantation and bestowed upon our governor, and upon the captain, and others,” the pilgrim added. “And although it be not always so plentiful as it was at this time with us, yet by the goodness of God, we are so far from want that we often wish you partakers of our plenty.”

More details have been found in a letter from Plymouths governor in 1621, William Bradford, who wrote about the first Thanksgiving in his history of the colony 20 years later, “Of Plymouth Plantation.”  According to Bradford’s account, the first Thanksgiving was considered a harvest celebration and took place somewhere in between late September and mid-November in 1621.

“For the English, [the first Thanksgiving] was also celebrating the fact that they had survived their first year here in New England,” Begley told History.com. (RELATED: New Book Calls For American Restoration)

But Squanto already knew English because he had formerly been captured by European explorers and held captive in England and Spain, writes historian David J. Silverman. And in 1616, Silverman writes, a deadly epidemic carried to America by Europeans wiped out many Wampanoag tribe members over the course of three years. While the Wampanoags were still weak from the epidemic, the Narragansett tribe from the west began to attack them.

And so Chief Ousamequin (sometimes called Massasoit) of the Wampanoags reached out to English settlers, with Squanto’s help, for both military assistance and weapons, according to Silverman. Ousamequin would use his newfound allies to threaten enemies for years, the historian writes. After the Wampanoag leader’s death in 1660, tensions rose between the English and the Wampanoags and remained uncertain for some time until the bloody King Philip’s War of 1675-76, as Native American Indians and English settlers fought to claim the land as their own.

Writer Alexander Young discovered Winslow’s letter in the mid 19th century and included the letter in his “Chronicles of the Pilgrim Fathers,” published in 1841. The British had stolen Bradford’s manuscript during the Revolutionary War, but the manuscript was rediscovered in the 1850’s and magazine editor Sarah Josepha Hale used it in her campaign to make Thanksgiving a national holiday. President Abraham Lincoln would go on to declare the day a national holiday in 1863.