The president made a surprise Thanksgiving visit to Afghanistan where he served a turkey dinner to American troops who are stationed overseas. He also mentioned the death of al-Baghdadi, and troops greeted his words with cheers.

“Our message to the bloodthirsty terrorists is clear, you will not escape your wretched fate because the long reach of the really awesome power of the United States military is unstoppable,” Trump told the troops, CBS News reported. (RELATED: Trump Makes Surprise Visit To Troops In Afghanistan On Thanksgiving) 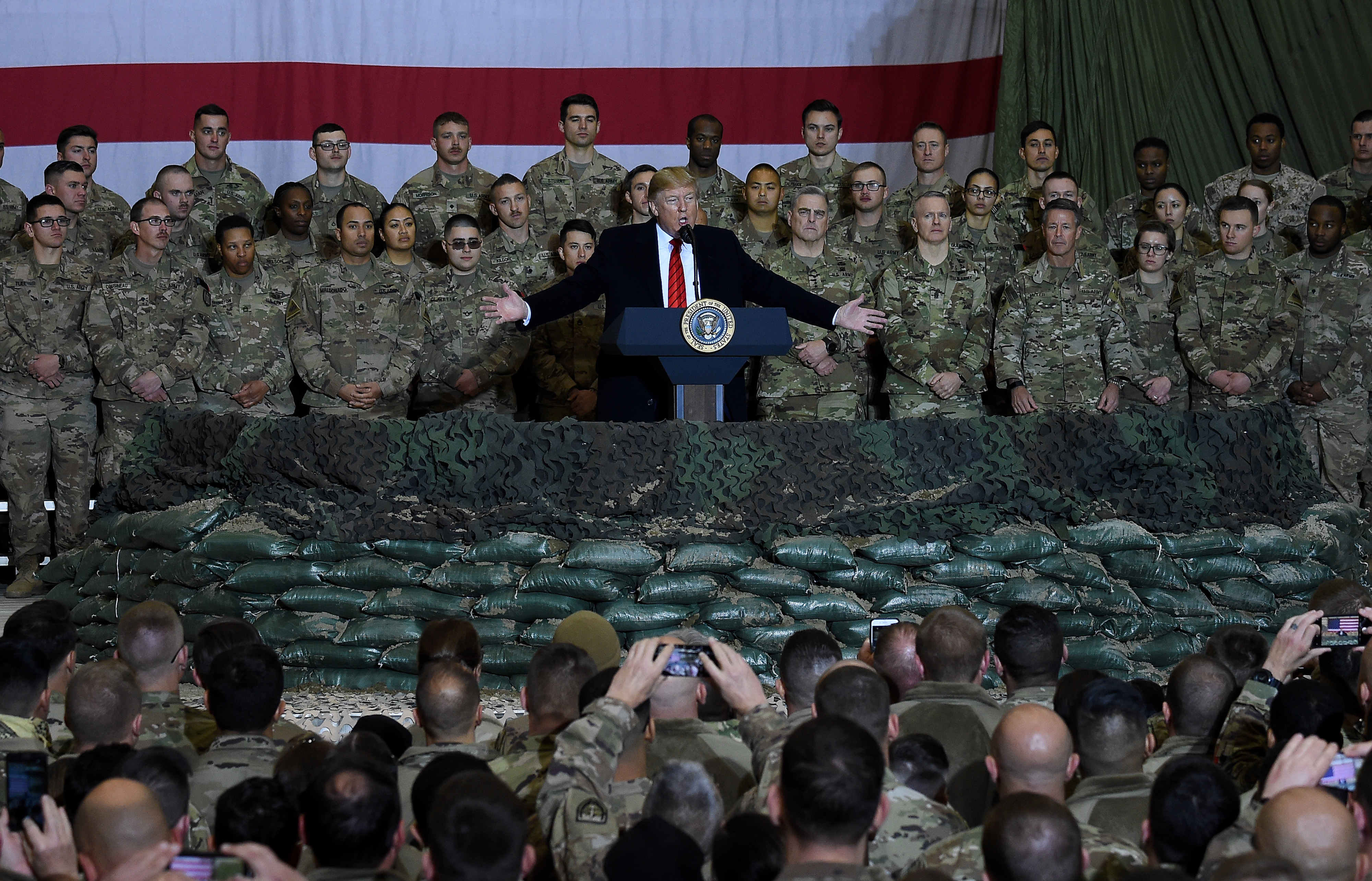 U.S. President Donald Trump speaks to the troops during a surprise Thanksgiving day visit at Bagram Air Field, on Nov. 28, 2019 in Afghanistan. (Photo by OLIVIER DOULIERY/AFP via Getty Images)

“We have the most powerful military in the world by far,” Trump added. “There’s nobody close and we’re going to keep it that way. We’re going to keep it that way. This evening, as millions of families sit down at their dinner tables back home, they’ll say a prayer for the men and women serving in our nation in Afghanistan and deployed all around the globe — great men and women all around the globe.”

The public and the media were not made aware of the trip before the president arrived in Afghanistan for security reasons, and Trump was expected to stay in his Mar-a-Lago resort in Florida for the holiday and call the troops over the phone.

Trump confirmed in a televised speech Oct. 27 that al-Baghdadi was killed in a raid in northern Syria. (RELATED: ‘Whimpering And Screaming’: Trump Details Baghdadi’s Last Moments)

“Last night the United States brought the world’s number one terrorist leader to justice,” the president said on Oct. 27. “Abu Bakr al-Baghdadi is dead. He was the founder and leader of ISIS, the most ruthless and violent terror organization anywhere in the world. The United States has been searching for Baghdadi for many years. Capturing or killing Baghdadi has been the top national security priority of my administration.”

“He died after running into a dead-end tunnel, whimpering and crying and screaming all the way,” Trump said. “The compound had been cleared by this time with people either surrendering or being shot and killed. Eleven young children were moved out of the house and are uninjured. The only ones remaining were Baghdadi in the tunnel and he had dragged three of his young children with him. They were led to certain death.”