President Donald Trump made a surprise visit to Afghanistan on Thanksgiving, serving a turkey dinner to the American troops stationed overseas.

The trip comes about one year after he made a similar unannounced visit to service-members in Iraq, his first to an active war zone. The president was previously scheduled to be at his Mar-a-Lago resort on Thanksgiving and was expected to merely make a phone call to troops. (RELATED: Trump And Melania Make Surprise Christmas Visit To Iraq) 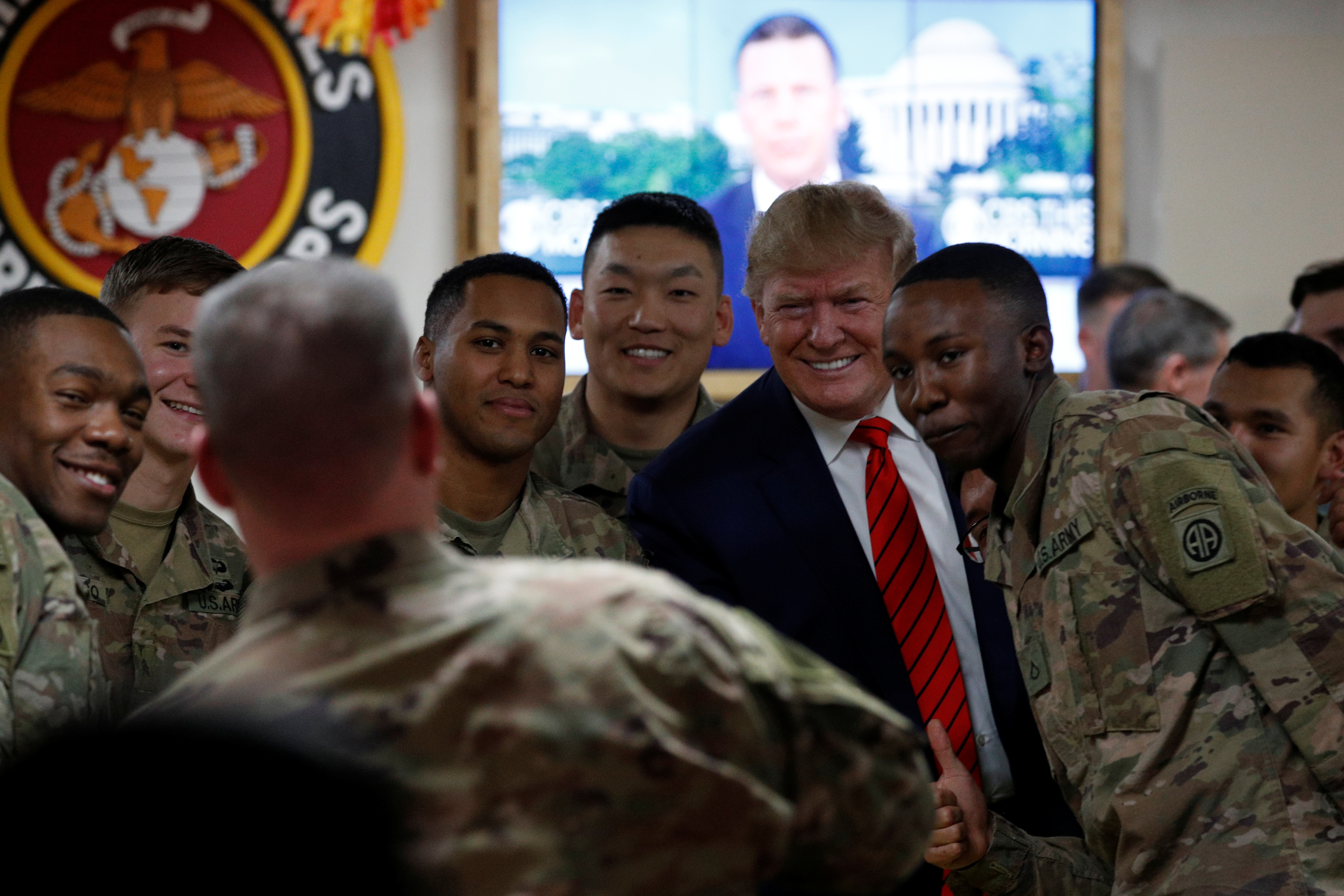 U.S. President Donald Trump takes a photo with U.S. troops during a surprise visit at Bagram Air Base in Afghanistan, November 28, 2019. REUTERS/Tom Brenner

Trump landed at Bagram Air Field at 8:33 P.M. local time and served turkey to the troops, posed for photos with them, and gave brief remarks in the hangar, according to the White House print pool. The media and the public were not made aware of the trip prior to the president’s arrival for national security reasons.

“I’ll be talking to you later but right now I want to have some turkey. I’m going to join you for a little lunch,” Trump said after doling out servings of turkey. “We’re also going to shake hands with some of the folks. Thank you very much. What a great job you do. It’s an honor to be here.”

“It’s a dangerous area and he wants to support the troops,” White House press secretary Stephanie Grisham said about the trip. “He and Mrs. Trump recognize that there’s a lot of people far away from their families during the holidays and we thought it’d be a nice surprise.” 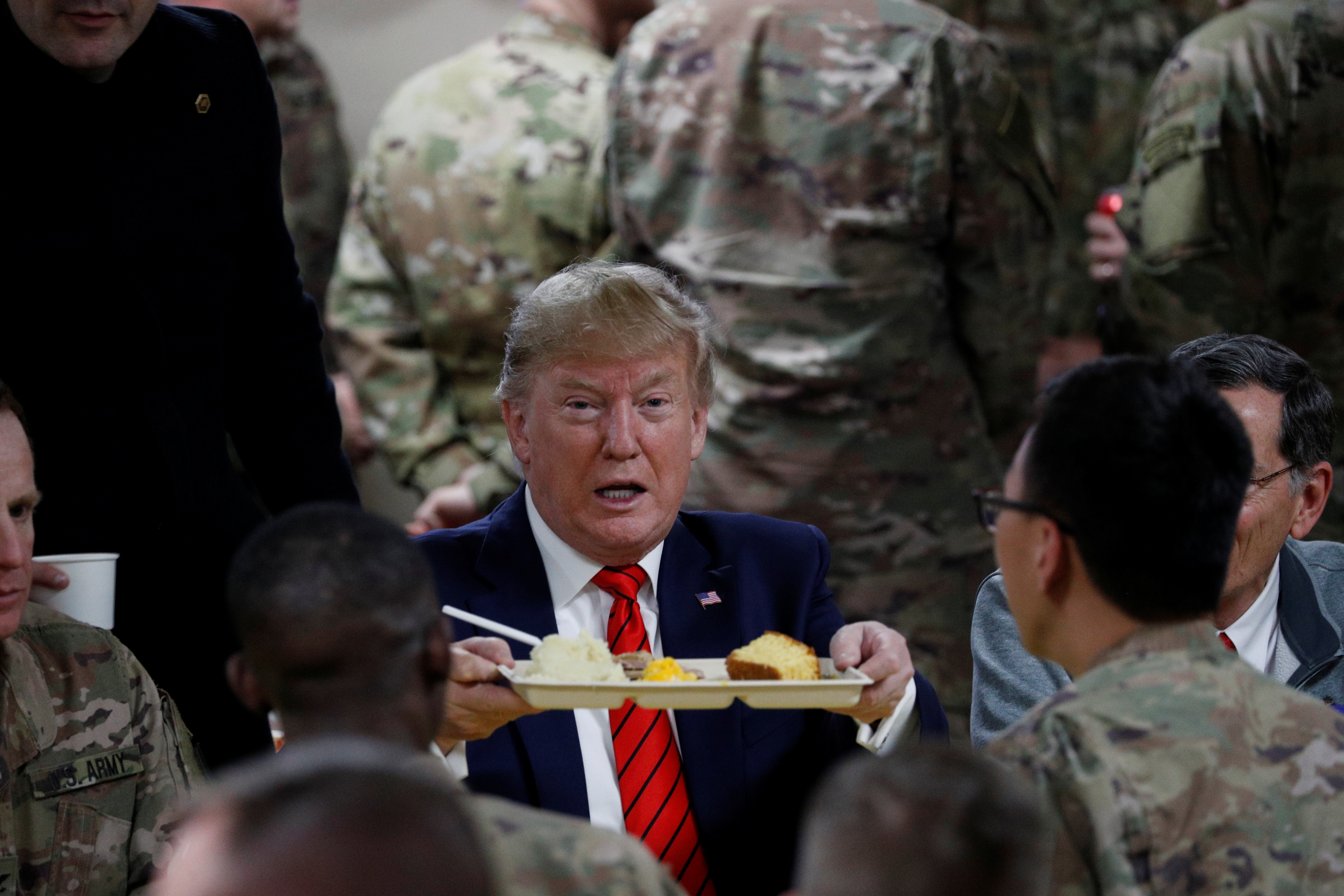 The president also held a bilateral meeting with Afghan President Ashraf Ghani, during which he announced that he was resuming peace talks with the Taliban and that he wanted to reduce the number of troops in Afghanistan to 8,600. Trump said it was a “bad thing” that the Taliban killed an American soldier but expressed his desire to make a deal.