Newsweek fired a reporter who wrote an article saying that President Donald Trump would likely be tweeting and golfing on Thanksgiving, according to a statement.

Jessica Kwong, a former Newsweek political reporter covering the Trump administration, wrote an article originally titled “How Is Trump Spending Thanksgiving? Tweeting, Golfing And More” on Thursday. The article was published at 10:16 a.m., a few hours before news broke that the president was actually in Afghanistan visiting troops.

The outlet fired Kwong after the mishap, a spokesperson told the Daily Caller News Foundation on Friday evening.

“Newsweek investigated the failures that led to the publication of the inaccurate report that President Trump spent Thanksgiving tweeting and golfing rather than visiting troops in Afghanistan,” a statement read, according to a Newsweek spokesperson. “The story has been corrected and a journalist responsible has been terminated. We will continue to review our processes and, if required, take further action.”

It is not clear if the editor who helped with the article faced or will face any punishment.

Reporters who traveled with the president were allowed to break the news around 2 p.m., according to CNN. After Trump visited Afghanistan, Donald Trump Jr. tweeted calling out Newsweek for the article. The president re-tweeted his son. (RELATED: Sellin: What Happens After The Taliban Win?) 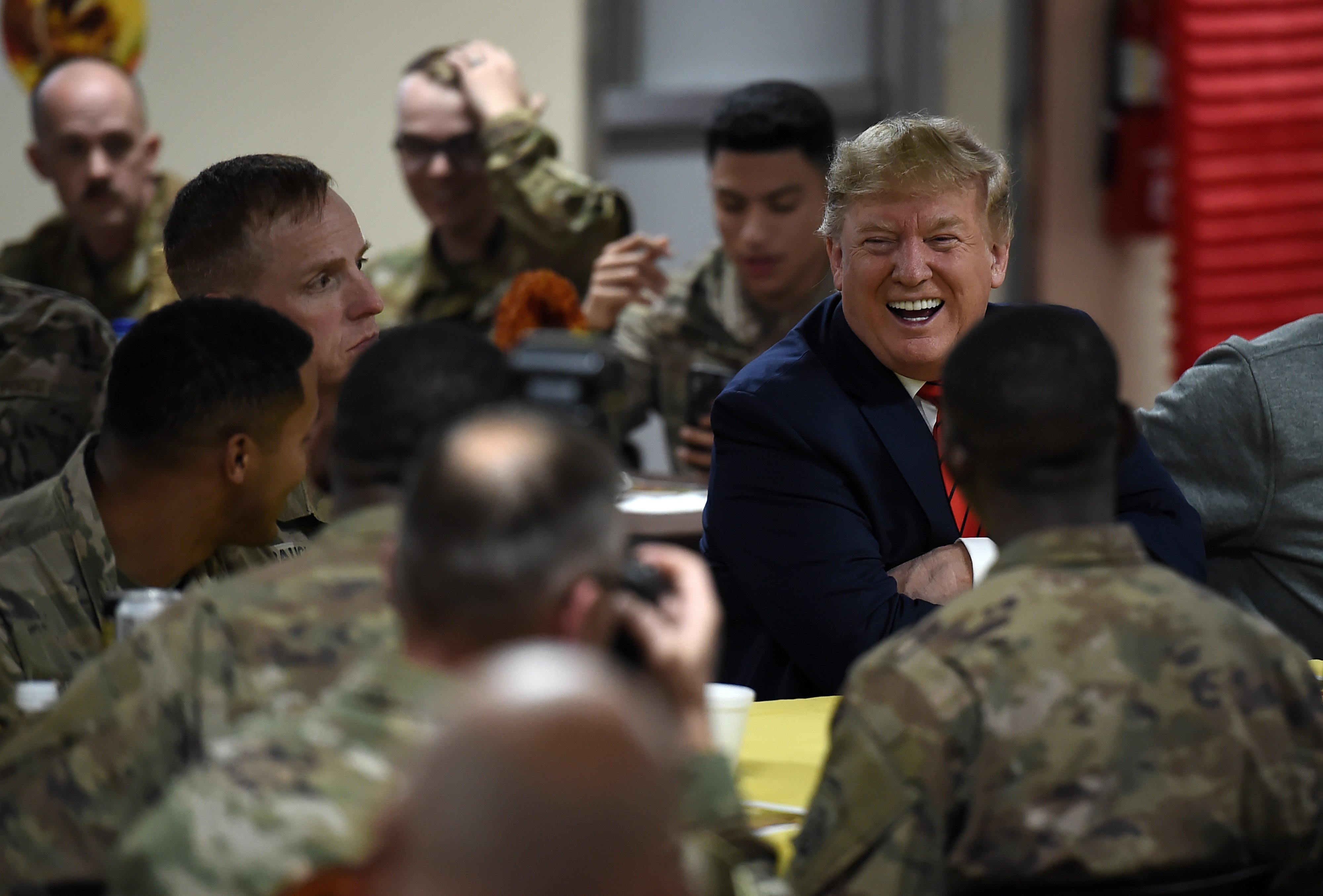 US President Donald Trump serves Thanksgiving dinner to US troops at Bagram Air Field during a surprise visit on November 28, 2019 in Afghanistan. (OLIVIER DOULIERY/AFP via Getty Images)

Trump had concealed his trip to many, even White House staff and military personnel who were at Mar-a-Lago in Florida, where the president has spent past holidays, CNN reported. Kwong cited his past years there in her original article.

“The president and first lady Melania Trump departed from Washington D.C. for the holiday weekend at Mar-a-Lago on Tuesday afternoon,” the original article read. “He spent Thanksgiving Eve, from mid-morning to mid-afternoon, playing golf at his Trump International Golf Club. It was closed to the press, according to his public schedule.”

Kwong deleted her original tweet and apologized following backlash on Twitter. She tweeted an update and noted that “it was written before knowing about the president’s surprise visit to Afghanistan-an honest mistake.” Her updated tweet continued to receive backlash.

Trump headed to Afghanistan to surprise U.S. troops on Thanksgiving https://t.co/f7Xeqz1ZGQ Deleting this tweet because it was written before knowing about the president’s surprise visit to Afghanistan-an honest mistake. Story has already been updated, as shown in the screenshot. pic.twitter.com/g9CfPaV2kQ

After the president tweeted “I thought Newsweek was out of business?” the outlet heavily edited and updated its article. Now, the headline reads “How Did Trump Spend Thanksgiving? Tweeting, Golfing — And Surprising U.S. Troops In Afghanistan.”

Kwong did not immediately respond to a request for comment.