The Supreme Court dealt a temporary setback Friday to the Trump administration’s bid to revive the death penalty after a 17-year hiatus, refusing the government’s request to clear the way for four federal executions a lower court judge put on hold.

The high court did not disclose the vote count or its reasoning, as is typical of orders of this nature. However, the justices did instruct the lower courts to speedily process the dispute.

“We expect that the Court of Appeals will render its decision with appropriate dispatch,” Friday’s order reads. Justice Samuel Alito put a finer point on that directive in a statement accompanying the decision, which Justices Neil Gorsuch and Brett Kavanaugh joined.

“The Court has expressed the hope that the Court of Appeals will proceed with ‘appropriate dispatch,’ and I see no reason why the Court of Appeals should not be able to decide this case, one way or the other, within the next 60 days,” Alito’s opinion reads. “The question, though important, is straightforward and has already been very ably briefed in considerable detail by both the Solicitor General and by the prisoners’ 17-attorney legal team.”

The Trump administration resumed executions after a near-20 year reprieve in July. Attorney General William Barr directed the Bureau of Prisons (BOP) to use a single-drug pentobarbital lethal injection protocol for capital punishment, which was at issue in the case before the high court.

A provision of the Federal Death Penalty Act (FDPA) says federal executions must be carried out “in the manner prescribed by the law of the state” where the condemned was convicted. Four federal inmates slated for execution said Barr’s order violated that requirement, due to procedural differences between the BOP protocol and the relevant state practices.

A federal judge in Washington, D.C., agreed and put the executions on hold. The judge said there are technical differences between Barr’s process and those of the given state — such as the way a catheter is inserted — which made Barr’s process deficient.

The Department of Justice counters that those procedural differences aren’t germane. What matters is that the general method of execution, in these cases lethal injection, is authorized in the relevant states.

“For virtually the entire history of the United States, beginning with the First Congress, federal statutory references to the ‘manner’ of execution have been understood — including by this Court — to refer to the mechanism for inflicting the death penalty, not to every ‘procedural detail’ that might be employed in an execution,” Solicitor General Noel Francisco told the justices in legal filings. (RELATED: The Supreme Court Heard Its First Gun Rights Case In Years. It Might Be A Misfire) 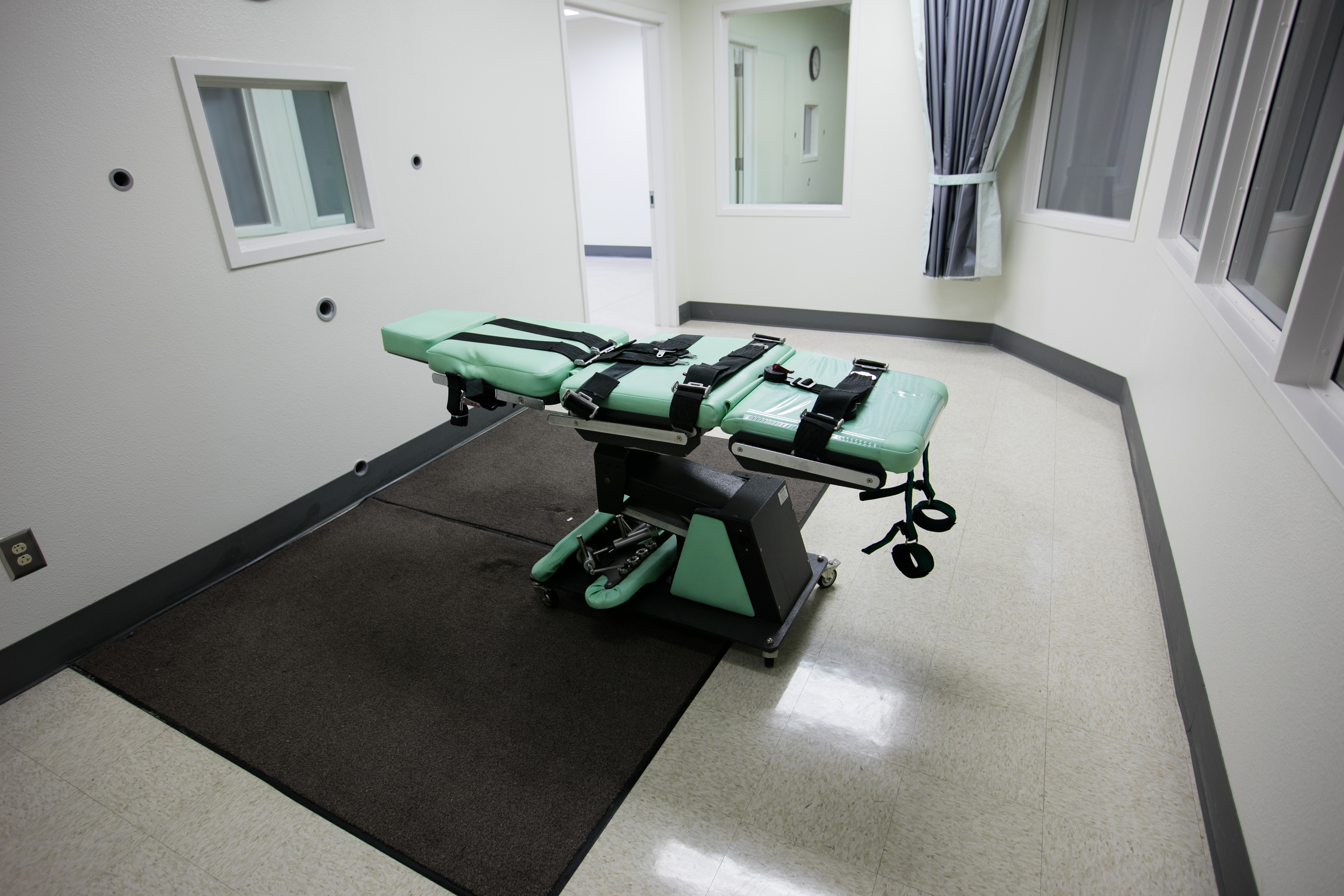 The lethal injection facility at San Quentin State Prison as seen on March 13, 2019. (California Department of Corrections and Rehabilitation via Getty Images)

Lawyers for the inmates say that even if the government’s legal arguments are right, the lower courts should fully process the case before the justices get involved. Otherwise, the convicts could be executed before their challenges to the protocol are fully resolved.

“The equities strongly favor the [inmates] who — in the event the District Court’s order is stayed or vacated — would otherwise be executed pursuant to the very policy they are challenging,” lawyers for the convicts told the high court.

The first of the executions at issue in Friday’s case was set for Dec. 9. The condemned inmate is Daniel Lewis Lee, who belonged to a white supremacist organization. A jury sentenced him to death for the 1999 murders of three people, among them an 8-year-old girl. The other three inmates — Alfred Bourgeois, Dustin Lee Honken and Wesley Ira Purkey — were similarly convicted for the murders of children.