A Planned Parenthood employee testified in court that she wanted to “move forward” and sell fetal livers for $750 each.

Transcripts show that Tram Nguyen, who identifies herself as a healthcare administrator at Planned Parenthood of the Gulf Coast, said that she wanted to proceed with a deal to sell fetal livers for $750 each or combos of fetal livers and fetal thymi for $1,600.

A jury ruled against Daleiden and the CMP in November and awarded Planned Parenthood $2 million in damages for Daleiden’s undercover work. California Judge Christopher C.Hite dismissed five criminal charges against Daleiden Friday, citing “an absence of probable cause to establish that these conversations were ‘confidential communications’ as defined by the statute.”

Nguyen said that she became an assistant health care manager for Planned Parenthood in 2008 where she oversaw staff schedule and “ensuring a good clinic flow.” She also testified that she would help out as an additional assistant in the operating room, handing instruments to the doctors and assisting them with whatever they needed during the procedures. (RELATED: Abortion Doctor Who Hoarded Fetuses Faulted WWII Bombings For His ‘Perception’ Of Humanity, Filmmaker Says) 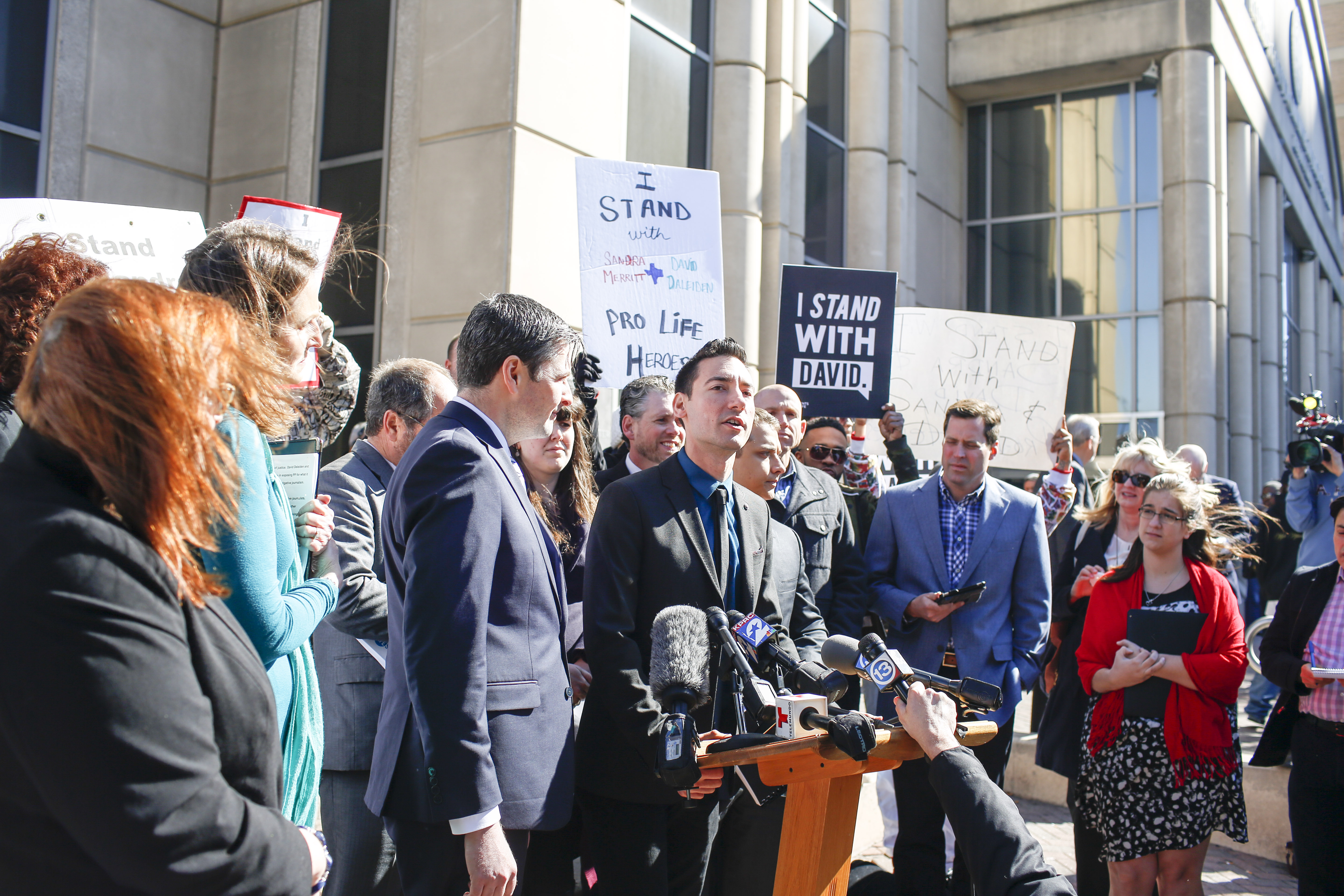 David Daleiden, a defendant in an indictment stemming from a Planned Parenthood video he helped produce, speaks to the media after appearing in court at the Harris County Courthouse on February 4, 2016 in Houston, Texas. (Eric Kayne/Getty Images)

Nguyen testified that she was copied on an email that included an attached agreement between Daleiden’s phony company BioMax and Planned Parenthood of the Gulf Coast. The agreement offered Planned Parenthood of the Gulf Coast $750 for fetal livers and $1,600 for a fetal liver and a thymus from the same baby. Nguyen admitted that she forwarded that email to her supervisor, Dyann Santos, and said that she wanted to move forward with the contract.

Attorney Paul Jonna reminded Nguyen that she sent an email to Santos which said, “FYI, we are still trying to move forward with this,” to which Santos allegedly responded, “Do you want to do this,” and Nguyen said, “Yes, ma’am.”

“Do you remember that exchange?” Jonna asked Nguyen, who replied, “Not until yesterday.”

Nguyen told attorney Paul Jonna that though she wanted to move forward with the agreement, she did not have the ability to make a decision on the deal.

“Is there anything in the writing that says you didn’t agree with the compensation?” Jonna questioned her.

Jeffrey Palmer, chief operating officer at Planned Parenthood Gulf Coast in Houston Texas, also confirmed Nguyen’s testimony in court, saying that “Nguyen was interested in continuing to determine if we could do tissue with BioMax.”

Daleiden told the DCNF that though Planned Parenthood Gulf Coast has repeatedly said they would never engage in the selling of fetal body parts, Nguyen’s testimony and emails show that they are lying.

“Planned Parenthood Gulf Coast has breathlessly told anyone who would listen the past four years that they would never sell fetal body parts and that they rejected the undercover proposals made by CMP investigators,” Daleiden said. “However, the secret emails of Planned Parenthood leadership now prove that their denials were blatant lies–to Congress, to the courts, and to the public whose tax dollars fund this criminal abortion business–and they were all along trying to find ways to sell aborted baby body parts for hundreds of dollars per specimen.”

“The U.S. Department of Justice, which has prosecuted traffickers of endangered animal body parts for less money, should finally do its job and hold Planned Parenthood accountable to the law,” Daleiden added.

Neither Nguyen nor Planned Parenthood of the Gulf Coast responded to requests for comment from the Daily Caller News Foundation.