“It is infinitely better than what was initially proposed by the administration,” House Speaker Nancy Pelosi said about Trump’s trade deal just an hour after introducing articles of impeachment against him. “It’s a victory for American workers, and it’s one that we take great pride in advancing.” Ben Domenech, the co-founder of The Federalist, described Democrats’ actions as “Ludicrous optics.”

House Democrats and the White House reportedly reached the deal on the USMCA on Monday, which could be voted on by Dec. 18. The apparent deal was first reported by CNBC.

A change from the North American Free Trade Agreement (NAFTA), the USMCA is a bipartisan trade agreement that proponents think could benefit America’s farmers, ranchers, businesses, and workers. The White House will need to send legislation to Congress by Dec. 15 to start the approval process. If so, the House could vote on the United States-Mexico-Canada Agreement by December 18. 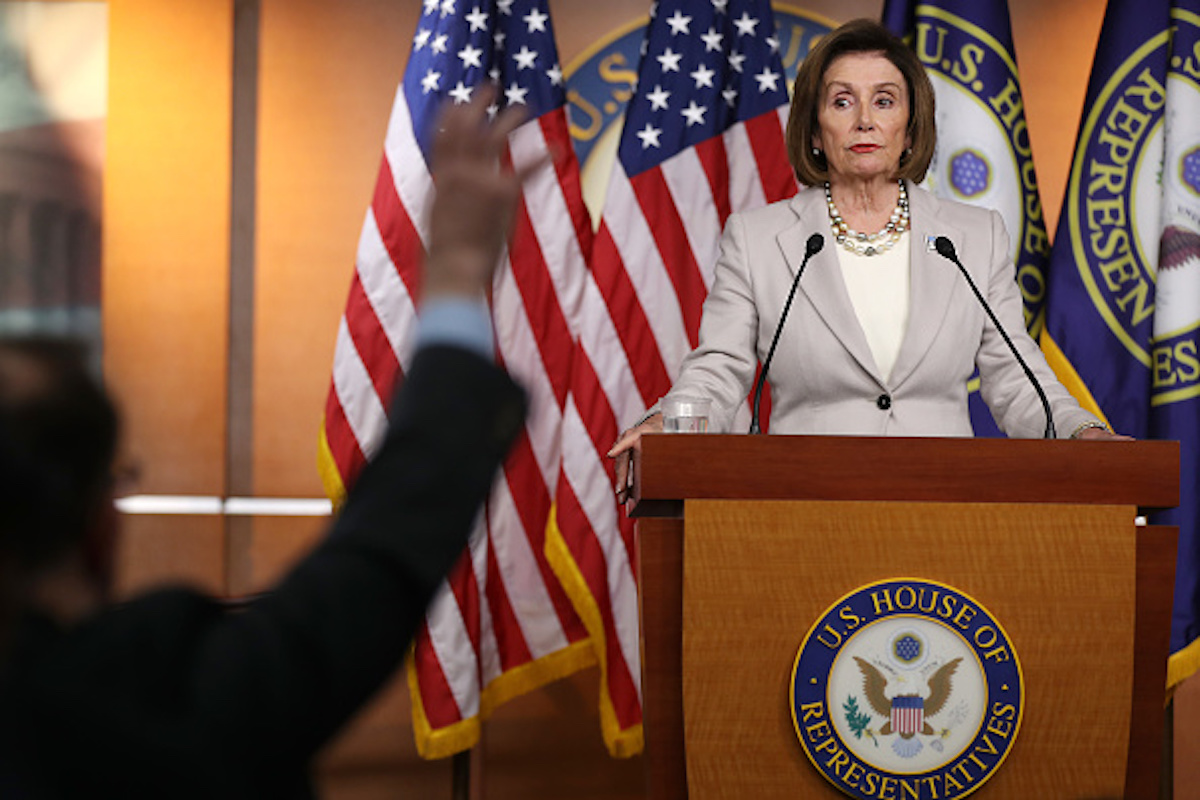 House Minority Leader Kevin McCarthy met with United States Trade Representative Robert Lighthizer in September to discuss the future of the USMCA and told the Daily Caller that “Robert Lighthizer sounded upbeat about the future of the USMCA, and for good reason: he and the White House worked tirelessly to strike a trade deal with Mexico and Canada that would benefit all Americans, from manufacturers in Michigan to wine producers in California.” (RELATED: EXCLUSIVE: RNC Drops 6 Figures On Ad Buy For USMCA)

McCarthy also said that Mexico has already ratified the USMCA and that Canada is also ready to move forward. McCarthy has since been calling on Congress to act, adding that he is confident House Republicans would vote to pass the legislation if brought to the floor. He also said that passing the USMCA would add nearly 180,000 jobs and increase the country’s GDP by $68.2 billion. (RELATED: Here Is What Senators Are Saying About The United States-Mexico-Canada Agreement’s Future)

Meanwhile, Republican senators have been continuing to advocate that the House pass the USMCA so that the Senate can vote on it. Every Republican senator the Daily Caller spoke with in November said the USMCA needs to be passed, with many mentioning Democrats’ apparent continued focus on impeachment instead of passing legislation.