The poll shows registered voters oppose removing the president from office by a 51-45 margin. Independents opposed impeaching and removing Trump by a 52-44 margin, Quinnipiac’s poll found.

The positive poll for Trump came out the same day Democrats announced they would file two articles of impeachment against Trump: one for abuse of power and one for obstruction of Congress.

“Today’s poll is the first time since House Speaker Nancy Pelosi announced the inquiry that more than half of voters say that Trump should not be impeached,” Quinnipiac noted in its release of the poll results. (RELATED: ‘No Limit’: House Democrat Says They May Try To Impeach Trump Multiple Times) 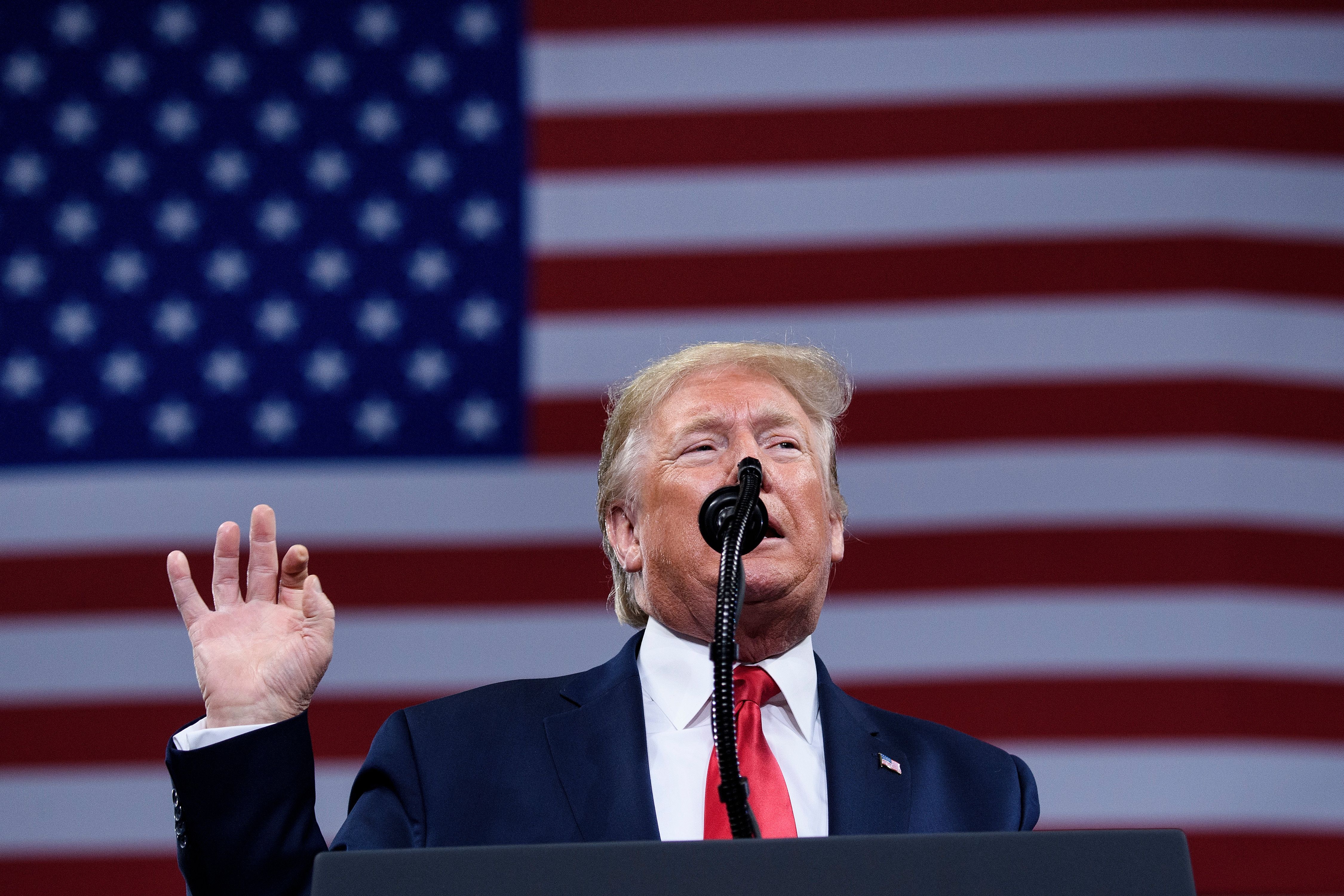 US President Donald Trump speaks during a Keep America Great rally at the Giant Center in Hershey, Pennsylvania on December 10, 2019 (BRENDAN SMIALOWSKI/AFP via Getty Images)

“With Washington in turmoil and House Democrats poised to vote on impeaching the president for abuse of power and obstruction of Congress, American voters signal they are slightly more inclined not to impeach than to impeach,” said Quinnipiac polling analyst Tim Malloy.

The most recent previous Quinnipiac poll, released Nov. 26, found registered voters opposed impeaching and removing the president by a 48-45 margin.

Quinnipiac surveyed 1,553 registered voters for Tuesday’s poll, which had a margin of error of 2.5 percentage points.