The story, which quickly went viral on Twitter, suggested Trump was redefining Jewish-Americans as a separate nationality, leading some Trump critics to draw comparisons between the president and Hitler. “It smacks not only of what happened in the Soviet Union but also Nazi Germany,” Democratic Conn. Sen. Richard Blumenthal said on CNN Wednesday morning. 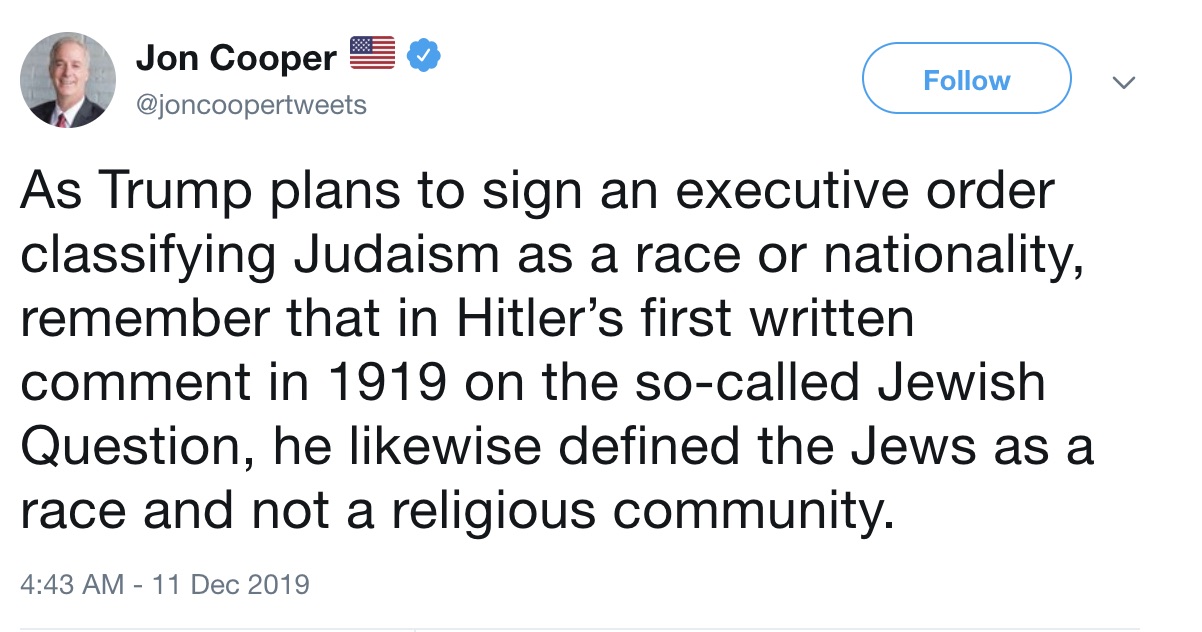 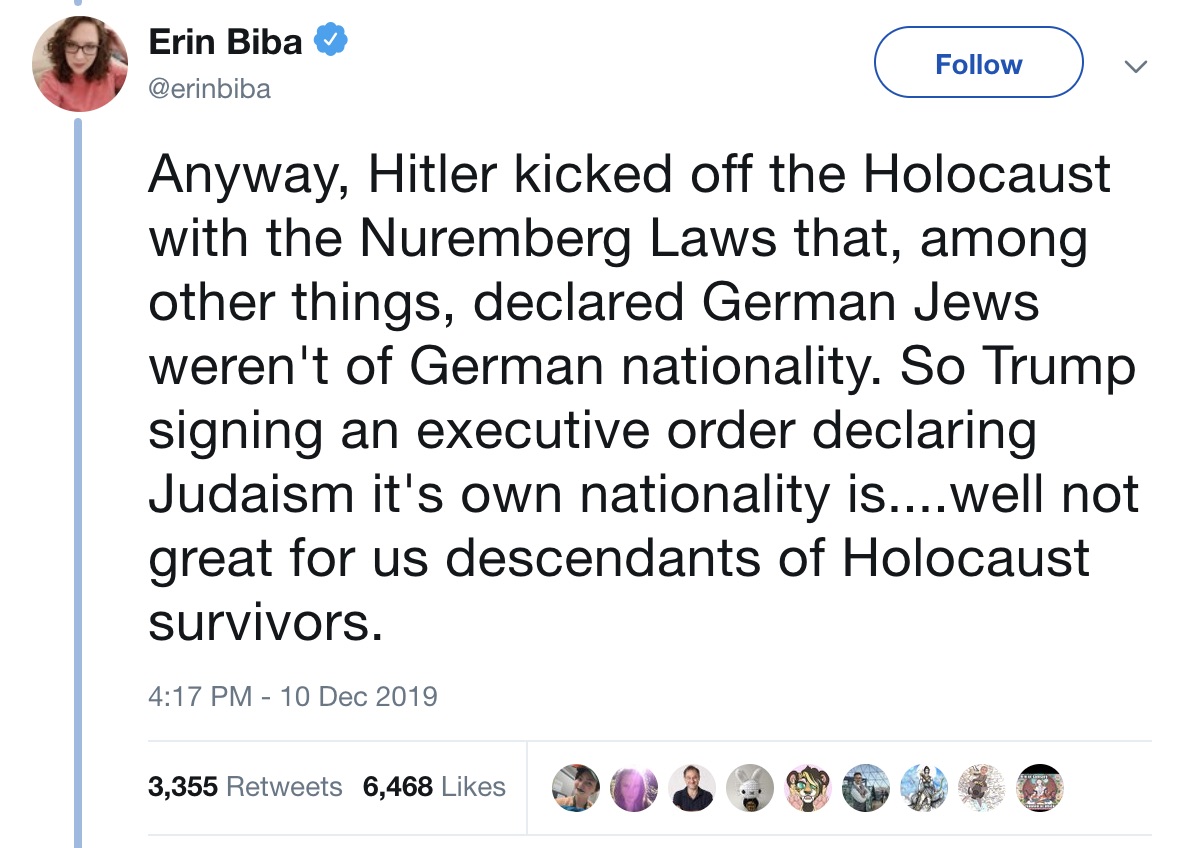 “Mr. Trump’s order will have the effect of embracing an argument that Jews are a people or a race with a collective national origin in the Middle East, like Italian Americans or Polish Americans,” the story, written by Peter Baker and Maggie Haberman, reads. But that was inaccurate.

What the order does do is ensure anti-Semitism is covered by Title VI civil rights protections, which prohibit discrimination on the basis of race, color or national origin at federally funded institutions, such as universities. “Discrimination against Jews may give rise to a Title VI violation when the discrimination is based on an individual’s race, color, or national origin,” reads a leaked version of the order, which Trump is expected to sign Wednesday.

Tablet Magazine writer Yair Rosenberg noted that “the underlying rule here is an Obama-era distinction that protects Jews as a ‘nationality and race’ *not* because we Jews all see ourselves that way, but because RACISTS do, and the law needs to fight them when they do that.”

“Unless the administration changed the executive order on anti-Semitism at the last minute, it seems like we had a national Twitter freakout yesterday over bad reporting,” added Rosenberg.

The paper’s misleading story drew criticism not just from conservatives but also from writers on the left. (RELATED: Here’s Everything The NYT Left Out Of A Misleading Article On Transgender Athletes)

“The order’s interpretation of Title VI — insofar as the law applies to Jews — is entirely in line with the Obama administration’s approach,” noted liberal Slate writer Mark Stern, who concluded that “The New York Times absolutely blew this story.”

“The New York Times absolutely blew this story. [The order] does not saying anything like what they claimed,” wrote left-wing Vox writer Ian Millhiser.

The NYT didn’t immediately return a request for comment.