Constituents ripped Democratic Oklahoma Rep. Kendra Horn on Sunday, saying Democrats focus too much on impeachment and too little on improving the lives of Americans.

Horn, who represents most of Oklahoma, Pottawatomie and Seminole counties, spoke at a Sunday town hall meeting where voters angrily questioned her on why she continues to focus on impeachment. President Donald Trump won Horn’s district in the 2016 presidential election, and eight Republicans announced they will run for her vulnerable seat in 2020, according to the Oklahoman.

“As an independent voter, I think you’re in a lot of trouble if you vote for this impeachment,” said Edmond, Oklahoma, resident Susan Jaslow, the Oklahoman reported. Jaslow voted for Horn in 2018, but said she is part of a group of independent voters upset about the impeachment circus.

“If she votes for impeachment, she’s screwed,” Jaslow added. (RELATED: We Asked The 31 House Democrats From Trump Districts How They Would Vote On Impeachment — Not One Was Fully Committed)

“We want Congress to get back to work for the American people, please,” said Ronda Peterson, who identified herself as a conservative. Peterson said Congress has been obsessed with impeaching Trump all year.

Horn responded to Peterson by saying, “It’s frustrating for me.” Horn has said she has not made up her mind about impeachment, and her press secretary told the Daily Caller she is “reviewing the articles of impeachment” and “has not announced a decision.”

“Because that’s not what I’m doing on a day-to-day basis,” Horn told Peterson. “I didn’t run to impeach anybody. I ran to fight for Oklahoma, for education, for health care … and that’s where I’ve been spending my time.” (RELATED: House Judiciary Committee Votes To Move Forward With Articles Of Impeachment Against Trump) 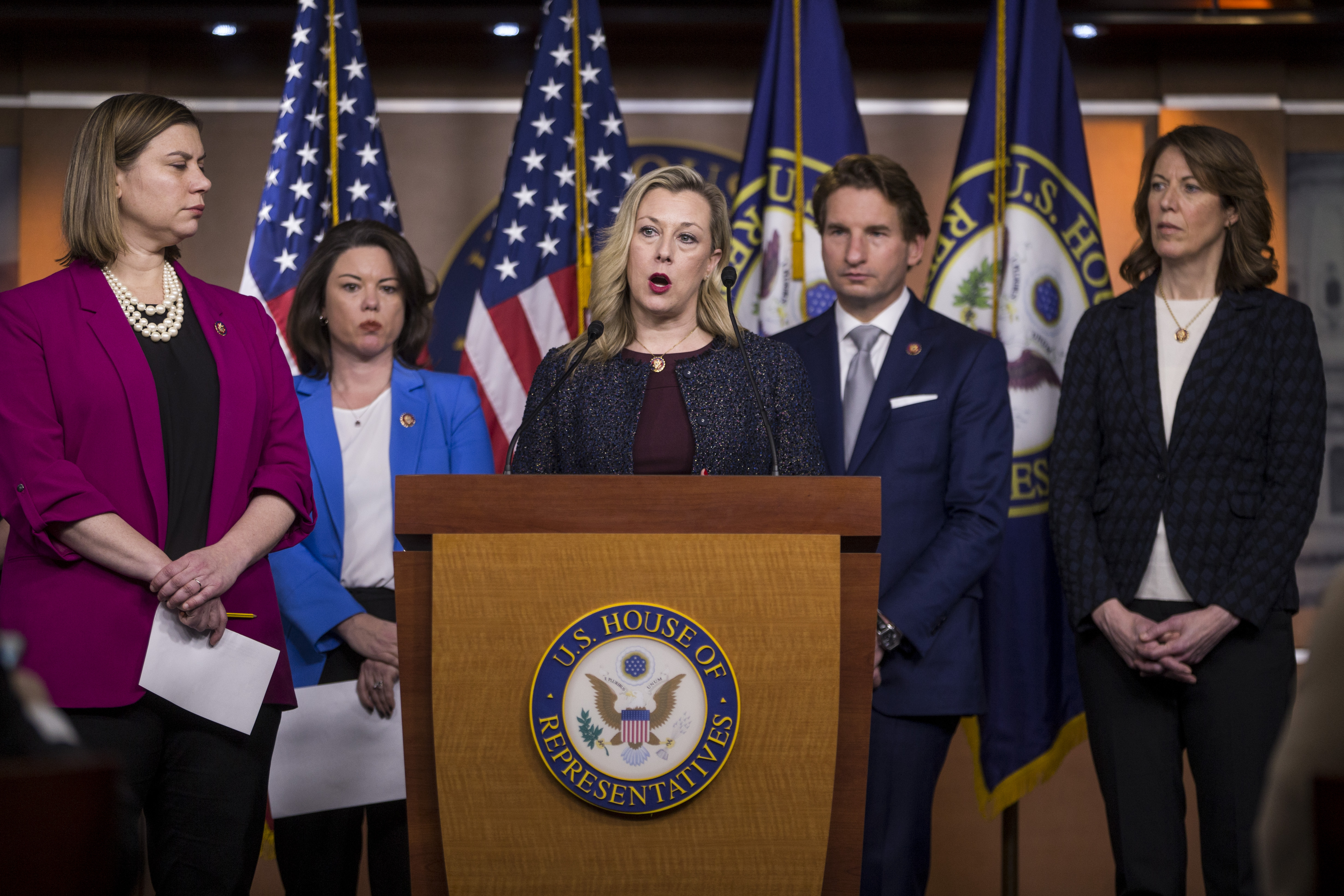 Horn’s communications director Chris MacKenzie directed the Daily Caller News Foundation towards news coverage of Horn’s town halls where constituents showed support for impeachment. He also pointed out issues that Horn supports that are not related to impeachment including a bill to lower out-of-pocket prescription drug costs and Horn’s support for the United States–Mexico–Canada Agreement.

“We’ve heard from constituents on all sides of this issue,” MacKenzie told the DCNF.

Horn also said Sunday that impeachment takes up “most of the air in the room,” but partially blamed the media for it. “It’s just easier to cover those things that fire people up and divide them,” she said.

“Congresswoman Kendra Horn wants to blame everyone but herself allowing this impeachment nonsense to take over Washington,” Moore said in a statement. “But Kendra Horn cast her vote with the radical left and their crazed attempts to remove President Trump from office, and no amount of spin is going to be enough to make voters forget that. Kendra Horn’s constituents are on to her game and they’re fed up — not a good sign for her chances of getting re-elected next year.”