Democrats in the House of Representatives are poised to impeach President Donald Trump but not all members are on board, as there are 31 lawmakers in question.

The Daily Caller contacted the offices of all 31 House Democrats from districts where President Trump won in 2016 to ask them if they would vote to impeach President Trump, as many have not publicly stated where they stand on impeachment. Each office was contacted at least three times and all offices were given ample time to respond.

All Democratic offices that responded had very similar messages, saying they have not yet made a decision and are still weighing out the facts.

“This is a somber time. No one runs for Congress wanting to ever have to face the question of whether to vote for articles of impeachment. Once the articles are voted out of Committee, I plan to review the final resolution in combination with the House Intelligence Committee report over the weekend and make a final decision based on my oath of office,” Minnesota Rep. Angie Craig told the Daily Caller.

Oklahoma Rep. Kendra Horn told the Daily Caller she is still reviewing the articles of impeachment and is still undecided.

“Rep. Horn is reviewing the articles of impeachment. She has not announced a decision,” Horn’s press secretary, Chris MacKenzie, told the Daily Caller.

Pennsylvania Rep. Matt Cartwright’s office had a similar message, saying he is still looking through the evidence and will make a decision after the House Judiciary Committee figures out how to move forward.

“Congressman Cartwright is still carefully considering all the evidence that has come out of this investigation over the past several weeks. He will make a decision on impeachment soon after the Judiciary Committee and full House decide how to proceed,” Matt Slavoski, the press secretary for Rep. Cartwright told the Daily Caller.

Utah Rep. Ben McAdams’ office told the Daily Caller that he is still reviewing the articles of impeachment as well.

“Congressman McAdams is reviewing the articles of impeachment and all the reports and evidence before casting his vote next week,” according to Alyson Heyrend, a press secretary for Rep. McAdams.

New York Rep. Anthony Brindisi said he will make a decision over the weekend, saying his office has been receiving a lot of calls on how to move forward with impeachment.

“I have not made a decision yet, no,” Rep. Brindisi said to CNN on Thursday, adding he would make one this weekend. “I think it’s been a pretty even split so far. We’re getting a lot of calls, we’ll take that all into consideration and make a decision this weekend.” Brindisi’s office did not respond to multiple inquiries from the Daily Caller about his stance on impeachment.

Here Are The House Democrats Who Did Not Respond To Multiple Inquiries Regarding An Impeachment Vote: 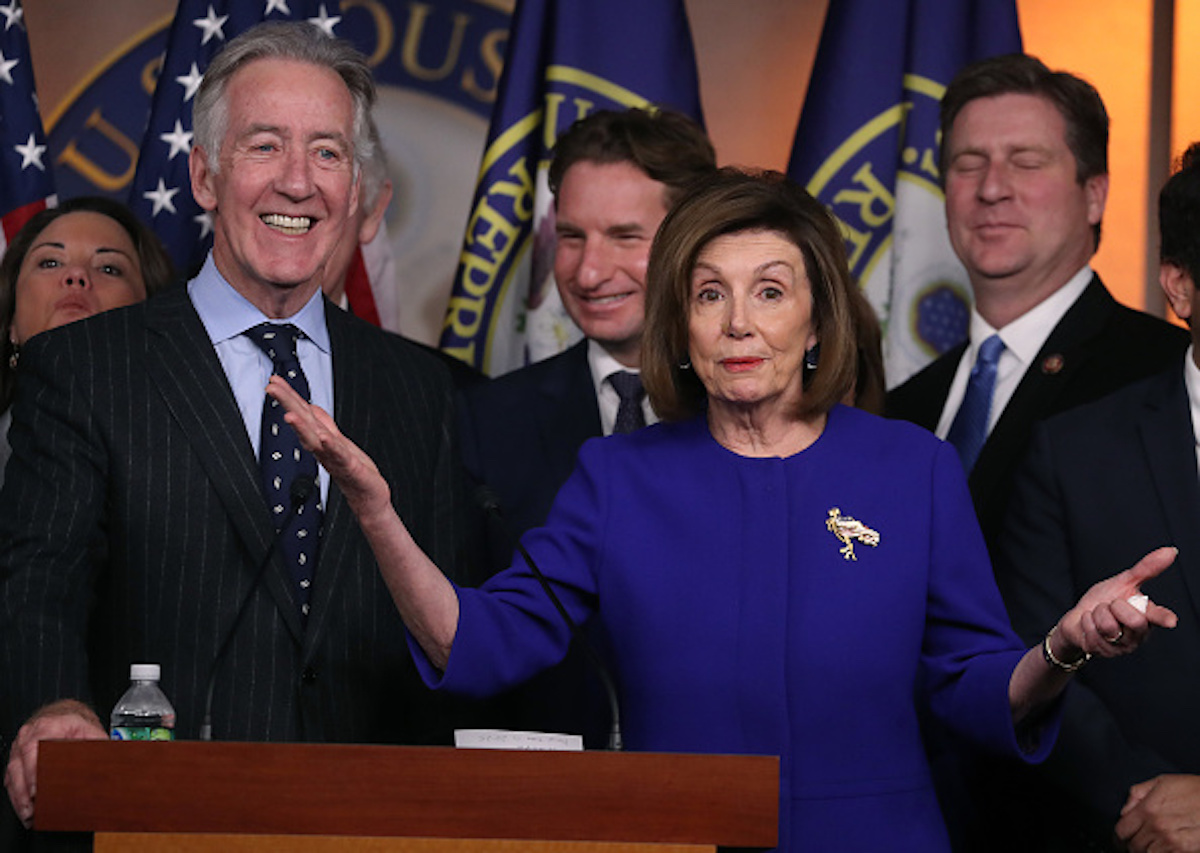 This comes as a group of House Democrats are reportedly considering censuring President Trump instead of impeaching him. (RELATED: Report: Group Of Democrats Considering Censure Instead Of Impeachment)

A group of about 10 Democratic members of Congress, including New Jersey Rep. Josh Gottheimer, New York Rep. Anthony Brindisi, and Utah Rep. Ben McAdams, are all reportedly open to a censure resolution of Trump instead of moving forward with impeachment, according to Politico.

Speaker of the House Nancy Pelosi told reporters on Thursday that Democrats won’t be asking how others plan to vote, and that she is not trying to convince anyone to vote a certain way.

“We’re not whipping this legislation, nor do we ever whip something like this. People have to come to their own conclusions,” she said. “They’ve seen the facts as presented from the Intelligence Committee. They’ve seen the Constitution as they know it. They took an oath to protect and defend it.”

The House will vote on the articles of impeachment for President Trump on Wednesday.