The Supreme Court agreed Friday to decide whether President Donald Trump may resist subpoenas for his accounting and tax records, teeing up a major decision on presidential immunity and Trump’s opaque finances ahead of the 2020 election.

In a short afternoon order, the justices agreed to hear three separate cases involving subpoenas for Trump’s records over two hours of argument in March. A decision will follow by June 2020.

That timeline heightens the stakes for the president. Should the high court rule against Trump, the contested subpoenas will be enforced in short order. As such, intimate information about the president’s finances could become public throughout the summer of 2020, during the doldrums of the presidential campaign. Investigators in Congress and a New York prosecutor’s office will not have access to the president’s personal and professional financial records before the Supreme Court issues its decision.

Friday’s grants were somewhat unusual, in that the high court generally hears cases in which multiple courts disagree over the same question of law. In these three cases, the lower courts uniformly rejected Trump’s arguments, leaving no split for the justices to resolve. In the past, however, the Supreme Court has agreed to take up pressing questions of executive immunity at the request of the incumbent president.

Yet presidents have fared poorly in those cases. The first such dispute arose in 1974, when a federal judge ordered President Richard Nixon to surrender taped Oval Office conversations to the Watergate special prosecutor. He appealed directly to the Supreme Court, arguing the president can shield discussions between senior government officers from the courts.

In a unanimous decision, the justices recognized the president’s prerogative — called executive privilege — to withhold certain materials. However, they went on to say that Nixon could not invoke privilege over the contested tapes. Nixon resigned two weeks later.

Former President Bill Clinton similarly turned to the Supreme Court in 1997, asking the justices to defer Paula Jones’s sexual harassment lawsuit until the end of his term. Clinton argued the president enjoys temporary immunity from lawsuits, since they could interfere with his constitutional duties.

As in the Nixon case, the justices unanimously disagreed, saying that presidential immunity does not reach unofficial, private conduct. All three Trump cases now before the justices largely pertain to Trump’s pre-presidential activities.

However, the Clinton decision did not address a question that will be decisive to one of three cases the Court. Writing for the court, Justice John Paul Stevens left open the possibility that the president could be immune from state court matters.

“Because the claim of immunity is asserted in a federal court and relies heavily on the doctrine of separation of powers that restrains each of the three branches of the Federal Government from encroaching on the domain of the other two, it is not necessary to consider or decide whether a comparable claim might succeed in a state tribunal,” Stevens wrote.

Stevens acknowledged that the president might be able to rely on an “interest in protecting federal officials from possible local prejudice” to dodge state criminal process.

One of the three cases the high court took up Friday, No. 19-3204 Trump v. Vance, involves Manhattan District Attorney Cy Vance’s investigation of the president and his New York-based business entities. Among other items, Vance is investigating allegations that the president funneled “hush money” payments via his onetime confidant Michael Cohen to two women who claim they had sexual encounters with him.

The two women are Karen McDougal, a Playboy model, and Stephanie Clifford, who appears in pornographic films under the stage name “Stormy Daniels.” Trump denies the affairs. 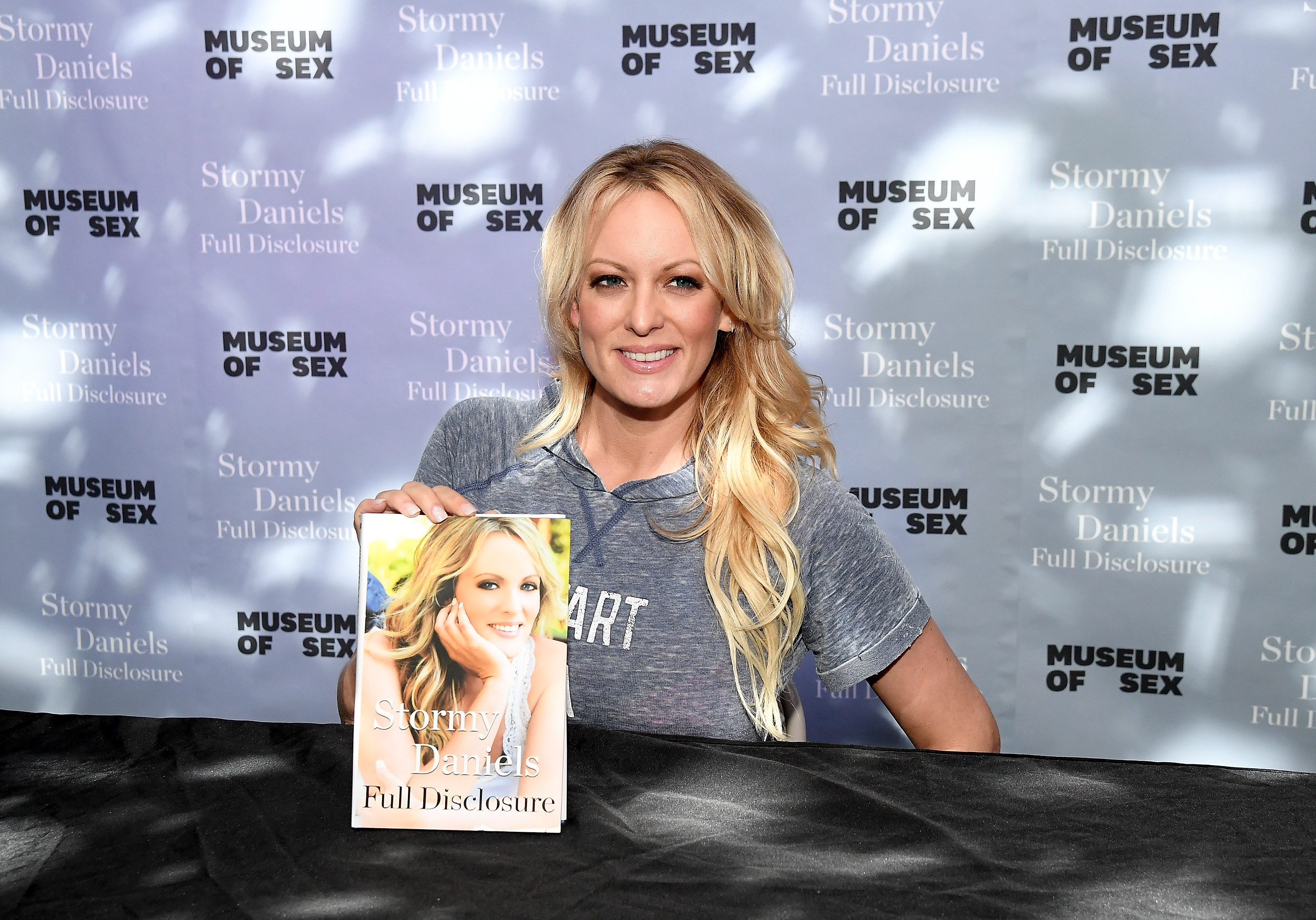 Lawyers for Trump argue the president cannot be subjected to criminal process while he is in office as a matter of constitutional structure. They note the Department of Justice reached the same conclusion in a 1973 memo. They also pointed to pragmatic concerns.

“The practical threat that state criminal process poses to a President cannot be overstated. State and local prosecutors have massive incentives to target him with investigations and subpoenas to advance their careers, enhance their reelection prospects, or make a political statement,” Trump’s petition reads. “Unleashing all fifty states and thousands of local governments to conduct their own broad-ranging criminal investigations of a sitting President is unimaginable.”

“That is exactly the same argument President Clinton made,” Vance countered in court papers. “This Court declined to simply accept that assertion, instead considering whether history demonstrates that there is a serious risk of such vexatious litigation and concluding that it did not.”

“While we do not place dispositive weight on this fact, it reinforces our conclusion that the disclosure of personal financial information, standing alone, is unlikely to impair the president in performing the duties of his office,” the ruling reads.

The other two cases pertain to subpoenas from House Democrats to Mazars and a pair of financial institutions, Deutsche Bank and Capital One.

One congressional case, No. 19-715 Trump v. Mazars, involves a dispute between Trump and the House Oversight Committee. As with Vance’s investigation, the panel subpoenaed Mazars for eight years worth of financial filings after Michael Cohen testified that the president sometimes inflated assets or hid liabilities to reduce tax exposure or obtain loans.

For example, Trump provided documents to Deutsche Bank that allegedly overstated the value of particular assets while seeking a loan to buy the Buffalo Bills football team in 2014.

In turn, Trump sued the committee and Mazars. He says the subpoena lacks a “legitimate legislative purpose.” That’s because the panel is conducting a criminal investigation and acting like a law enforcement entity in all but name, which is not appropriate for a law-making body, Trump says.

U.S. District Judge Amit Mehta sided with congressional Democrats. A divided three-judge panel of the U.S. Court of Appeals for the D.C. Circuit agreed. Writing for a divided panel, D.C. Circuit Judge David Tatel said the subpoena “seeks information important to determining the fitness of legislation to address potential problems within the executive branch and the electoral system,” making it a valid exercise of legislative authority.

The third and final case, No. 19-760 Trump v. Deutsche Bank, involves a set of subpoenas from the House Financial Services Committee and the House Intelligence Committee to Deutsche Bank and Capital One. They seek information about seven different Trump entities as well as the president, his children, and their immediate families, to include the president’s grandchildren.

The president’s lawyers styled that request a “dragnet” subpoena that does not resemble normal law-making activity. The demands, they say, are “framed like criminal subpoenas” which are “are laser-focused on the businesses and family members of one person — a hallmark of executive and judicial power.”

“Congress may not attempt to investigate wrongdoing under the guise of lawmaking; law-enforcement powers ‘are assigned under our Constitution to the Executive and the Judiciary,'” Trump’s application reads.