“This thing will come to the Senate, and it will die quickly, and I will do everything I can to make it die quickly,” the chairman of the Senate Judiciary Committee told CNN. 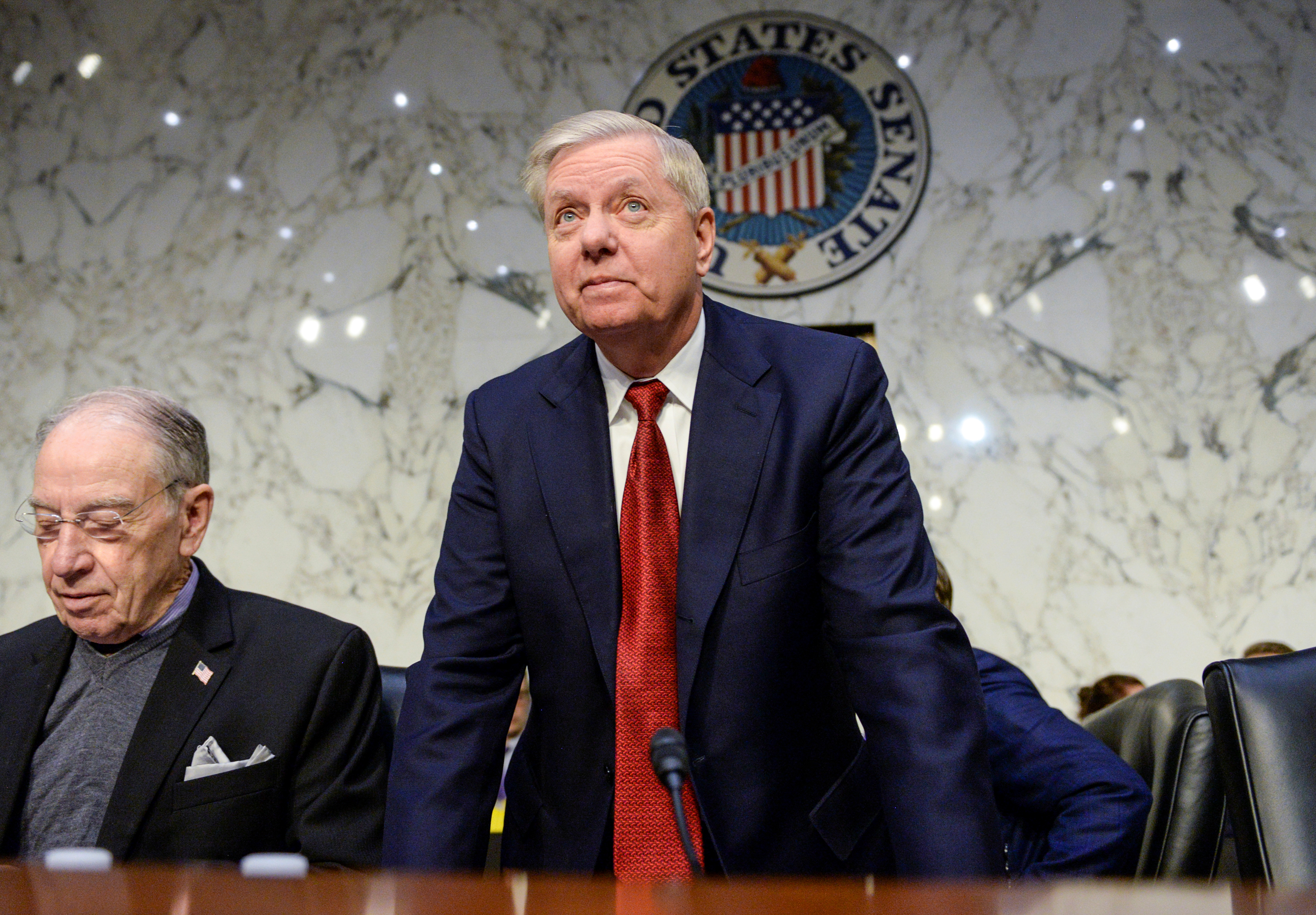 If the two articles of impeachment approved by the House Judiciary Committee on Friday are passed by the entire House of Representatives it will precipitate an impeachment trial in the Senate where Republicans have a majority. (RELATED: Mitch McConnell: If Impeachment Trial Were Held Today ‘It Would Not Lead To Removal’)

Graham shot down a suggestion that he shouldn’t be predicting how impeachment will progress in the Senate, saying he must think it’s appropriate “because I’m doing it.”
“I am trying to give a pretty clear signal I have made up my mind. I’m not trying to pretend to be a fair juror here,” Graham told CNN, calling the attempt to impeach President Donald Trump “partisan nonsense” and guessing that it would be over by mid-January. Trump has mused about a longer trial in the Senate and calling several witnesses but has said he will abide by what the Republican leadership in the Senate.

President Donald Trump participates in a roundtable on empowering families with education choice at the White House on Dec. 9, 2019 in Washington,DC. (Photo by Brendan Smialowski / AFP) (Photo by BRENDAN SMIALOWSKI/AFP via Getty Images)

“Personally I think President Trump will come out of this stronger and the good news is that everybody in politics in America needs to prove to the American public we’re not all completely crazy. So there may be a spirit of compromise coming post-impeachment, born of political necessity, if anything else,” Graham said. (RELATED: Lindsey Graham: Impeachment Is ‘Dead On Arrival’ If Senate Doesn’t Talk To Whistleblower)
Graham told CNN that he just wants impeachment to be extinguished “for the good of the country.”
The senator noted that the president’s opponents have another chance to register their disapproval of him: the 2020 presidential election.
“If you don’t like President Trump, you can vote against him in less than a year. It’s not like a politician is unaccountable if you don’t impeach them. So I think impeachment is going to end quickly in the Senate. I would prefer it to end as quickly as possible,” Graham said.