The legislation will permanently fund HBCUs and simplify federal financial aid applications for millions of families, the president said in a statement Thursday.

“President Obama and the Obama Administration were unable to get this done. I got it done,” Trump said, arguing that HBCUs have never had a champion in the White House before his presidency. (RELATED: Trump Officials Say The Administration Is Prioritizing Religious Liberty. Here’s How)

Funding for the HBCU’s was in jeopardy a few months ago until the White House and Congress collaborated on a “historic agreement,” the president said. 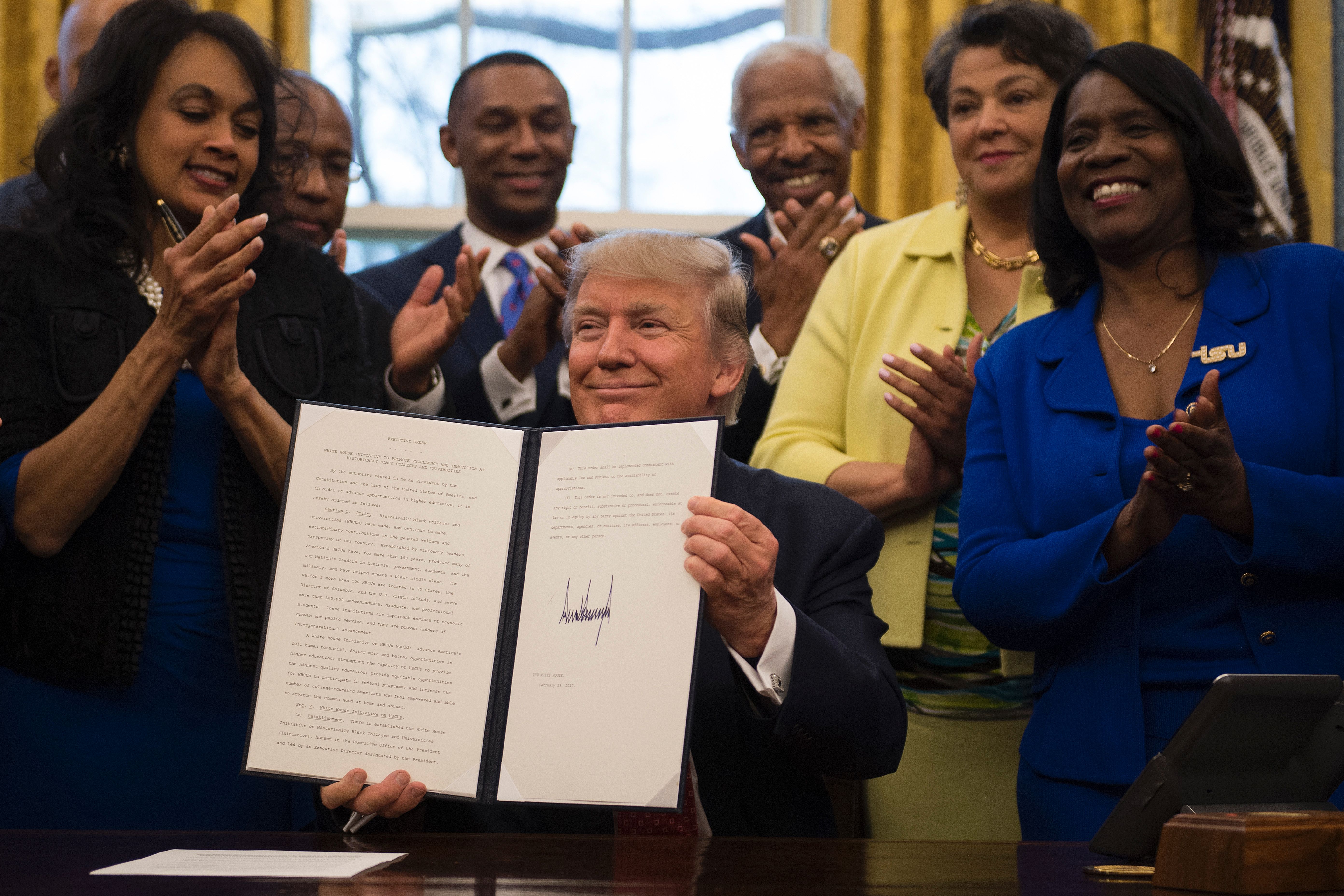 President Trump holds up an executive order to bolster historically black colleges and universities (HBCUs) after signing it in the Oval Office of the White House in Washington, DC, February 28, 2017. (JIM WATSON/AFP via Getty Images)

“For the first time ever, I signed legislation to permanently fund HBCUs and other institutions that primarily serve first-generation and minority students,” Trump said. “This action guarantees more than $2.5 billion over the next 10 years, including $850 million specifically for HBCUs.”

The president promised that he will continue to fight for HBCUs and for Minority Serving Institutions.

“These wonderful institutions are essential to Keep America Great,” Trump said. (RELATED: Impeachment Has Been More Than Kind To Republican Fundraising: RNC)

Secretary of Education Betsey DeVos praised the move in a Thursday statement.

“This administration continues to put students first, and this historic bill is another example of our commitment to them,” said DeVos. “The more than 300,000 students who attend Historically Black Colleges and Universities (HBCUs), along with millions more at Minority Serving Institutions (MSIs), will benefit from consistent funding for their treasured institutions.”

DeVos noted that the law also marks a victory for improving FAFSA programs for almost 20 million students and families – making completing FAFSA forms “faster and more secure than ever.”

“The FUTURE Act will have a lasting impact on students and their families,” DeVos added. “President Trump will continue to support all students and ensure they can pursue the education needed to succeed in our thriving economy.”