Ever since Donald J. Trump was elected to Make America Great Again, the self-declared #Resistance has terrorized him and many innocent Americans.

Yet while they liken themselves to the French Resistance of the 1940s fighting Nazi occupation, or even more fancifully to Star Wars, the part of French history they most resemble is 150 years earlier, never mind that galaxy far, far away.

Today’s Resistance more closely resembles the 18th century French Revolution type – a ruthless mob orchestrated by elites which toppled the government and terrorized countless French citizens for a decade. Their hatred was so deep they even beheaded the statues at Notre Dame Cathedral and the Palais Des Papes in Avignon, home to the 14th century popes and the seat of Western Christianity.

Then, as now, the Resistance’s rallying cries were based on false claims and similar smear campaigns. In Paris, Queen Marie Antoinette was rumored to have said if the poor had no bread, “let them eat cake.” Yet that was an anti-royal trope in France for over a century and there’s no evidence she said it.

In our times, the equivalent rabble-rousing slander is that the Trump Campaign “colluded” with Russia to steal the 2016 election. Though fortunately the guillotine is no longer fashionable, the Resistance still wages terror. Judicially. Financially. Psychologically. (RELATED: Here’s What Mueller Found (Or Didn’t Find) On Collusion)

Tragically, President Trump along with 50-plus associates have been subjected to a three-year reign of terror from our own government, press and public over a politically motivated hoax.

As the Trump campaign’s director of national security, I was personally subjected to #Resistance terror. And why?

First, for shaking hands and chatting briefly with Russia’s Ambassador Sergey Kislyak in a group of 50-plus foreign ambassadors during the State Department-sponsored Global Partners in Diplomacy, where I was a guest speaker during the GOP National Convention in Cleveland. 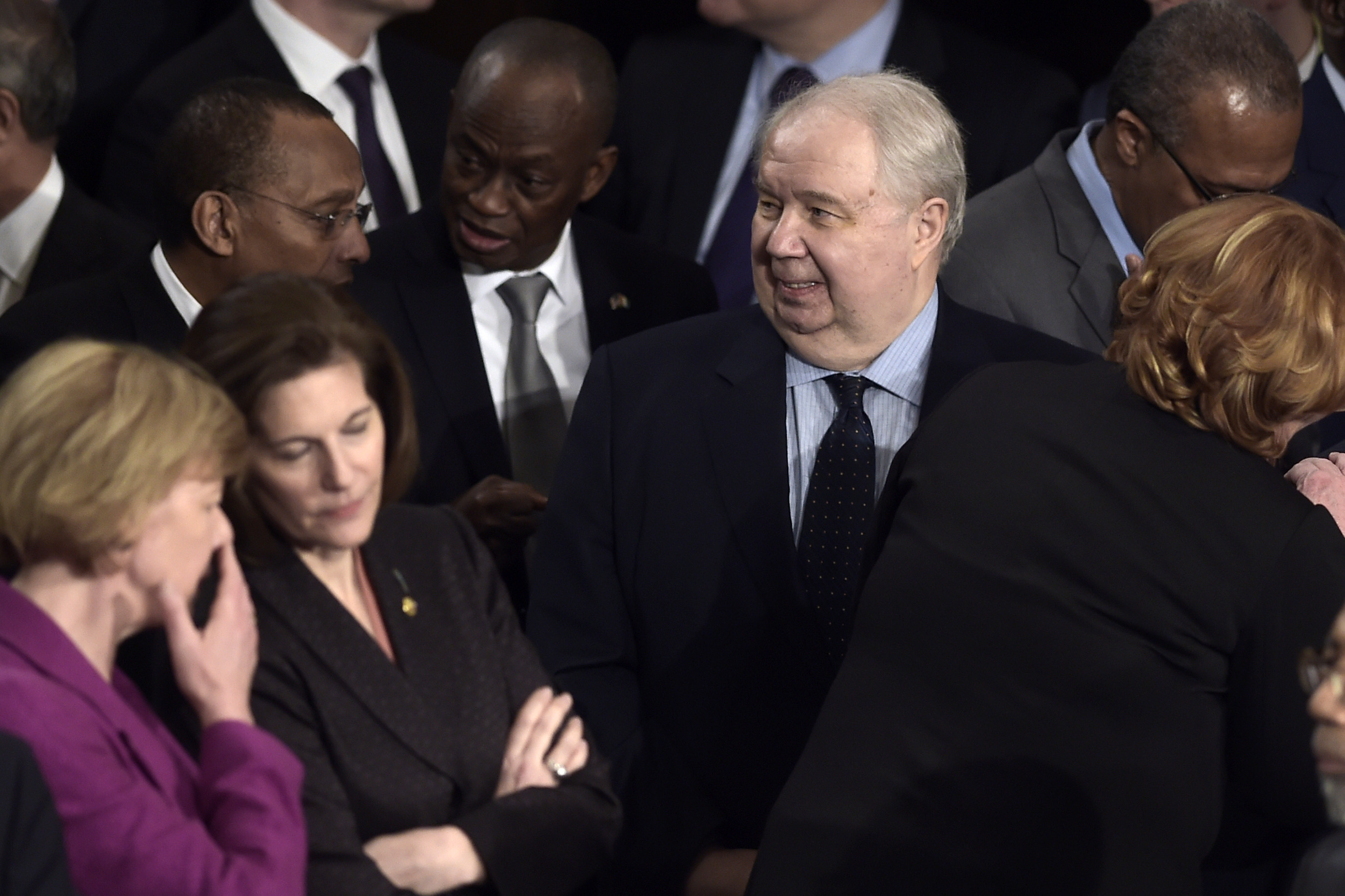 Second, the week prior during the GOP platform deliberations, I faithfully discharged my duties to protect Mr. Trump’s stated positions on national security — which included a desire for better relations with Russia, avoiding World War Three over Ukraine, and ensuring our European allies do more for defense. These goals were shared by the Obama administration. Despite that fact, when the Trump-Russia collusion narrative skyrocketed in early 2017, I became one of America’s “most wanted and dangerous” for about six months. Members of Congress made false statements about me and my colleagues on national television. Our pictures were plastered everywhere – on misleading graphs, charts and in countless stories by CNN, MSNBC, The Washington Post and The New York Times.

Like many other innocent Americans presumed guilty in the media, I was summoned to testify before the House Intelligence Committee, Senate Intelligence Committee, Senate Judiciary Committee and the special counsel – three times. Earlier this year the House Judiciary Committee sent me an ominous sounding request for years-old documents that I learned about from an ABC reporter. (RELATED: How The Media Covered Up The Real Collusion, Between Russians And The Hillary Campaign)

This all led to five-figure legal bills that came from my military retirement pay. Dozens of hostile journalists hounded me, day and night. Many wrote inflammatory stories designed for maximum character assassination. That led to multiple stalkers and years of public harassment.

Fortunately, my campaign colleague Michael Caputo generously reimbursed my legal bills from his GoFundMe page, for which he sacrificed dearly to earn. Yet our lost years under vicious assault by the Resistance are not recoverable — nor is the reputational damage.

Six of our former colleagues were indicted. Three for white collar financial crimes, and three for process crimes caused by the investigations. None of those charges were for Trump-Russia collusion, the stated reason for the inquisition. Yet all six were smeared as “Russian agents” every night on cable news, fueled by routinely misleading criminal leaks from government investigators. Dozens of others never charged like Carter Page had their lives permanently damaged, if not destroyed, by this government-media crime wave. 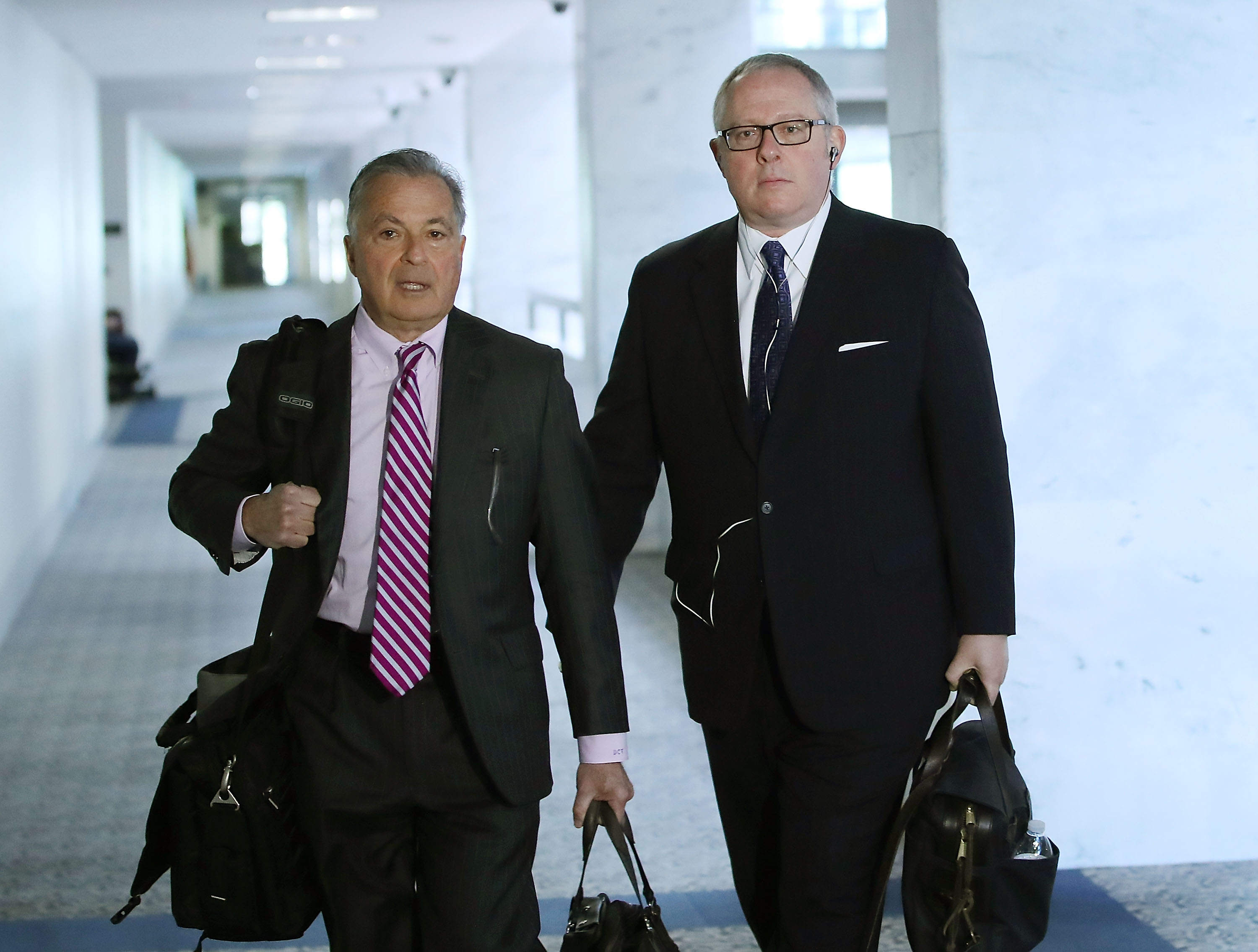 Meanwhile, Resistance icon and former FBI Director James Comey likes to portray himself as the good guy, the honest broker. Yet when he gratuitously sought and received Department of Justice permission to inform the House Intelligence Committee in March 2017 on live national television that the Trump campaign was under investigation for possible criminal links to Russia and refused to rule out anyone, the media predictably waged search and destroy missions against many innocent people. (RELATED: Comey’s FISA Interview Raises Even More Questions About FBI – What The Hell Does ‘More Consequential’ Mistakes Mean?)

So when the #Resistance claims they are above hating anyone or just doing their patriotic duty, judge them by their actions. They are the very essence of tyranny. There must be lasting and severe consequences if we expect American democracy to survive.

J.D. Gordon served as a Pentagon spokesman during the George W. Bush administration and is a retired Navy commander. He was a senior national security & foreign policy adviser to Republican presidential candidates Donald Trump, Mike Huckabee and Herman Cain.