As of Monday afternoon, the city’s Department of Public Works responded to 30,136 cases of “human or animal waste” this year, easily topping the 28,353 cases the agency handled in 2018 with a week still to go, according to a Daily Caller News Foundation analysis of publicly available city records. The liberal city is averaging more than 84 poop reports every day, the DCNF’s analysis found.

Pictures showed a man defecating in a San Francisco grocery story earlier in December. Pictures from the scene showed a man doing the deed in a Safeway aisle and then opening up a store package of toilet paper to wipe himself.

.@LondonBreed here’s a pic of a man on drugs taking a poo in aisle 10 of @Safeway Marina Sunday morning in #SF. Why is this okay? @KTVU @kpix @kron @KGOdesk @sfchronicle pic.twitter.com/4ef4S6Qs8n

San Francisco Supervisor Matt Haney said in November the city’s poop problem is “not funny” and an embarrassment.

“This is a national embarrassment,” Haney said. “It is also [in] many communities a disgusting, public health crisis, no one should be able to walk about and see poop smeared all over the place, no one should live in these conditions. It is not funny.” 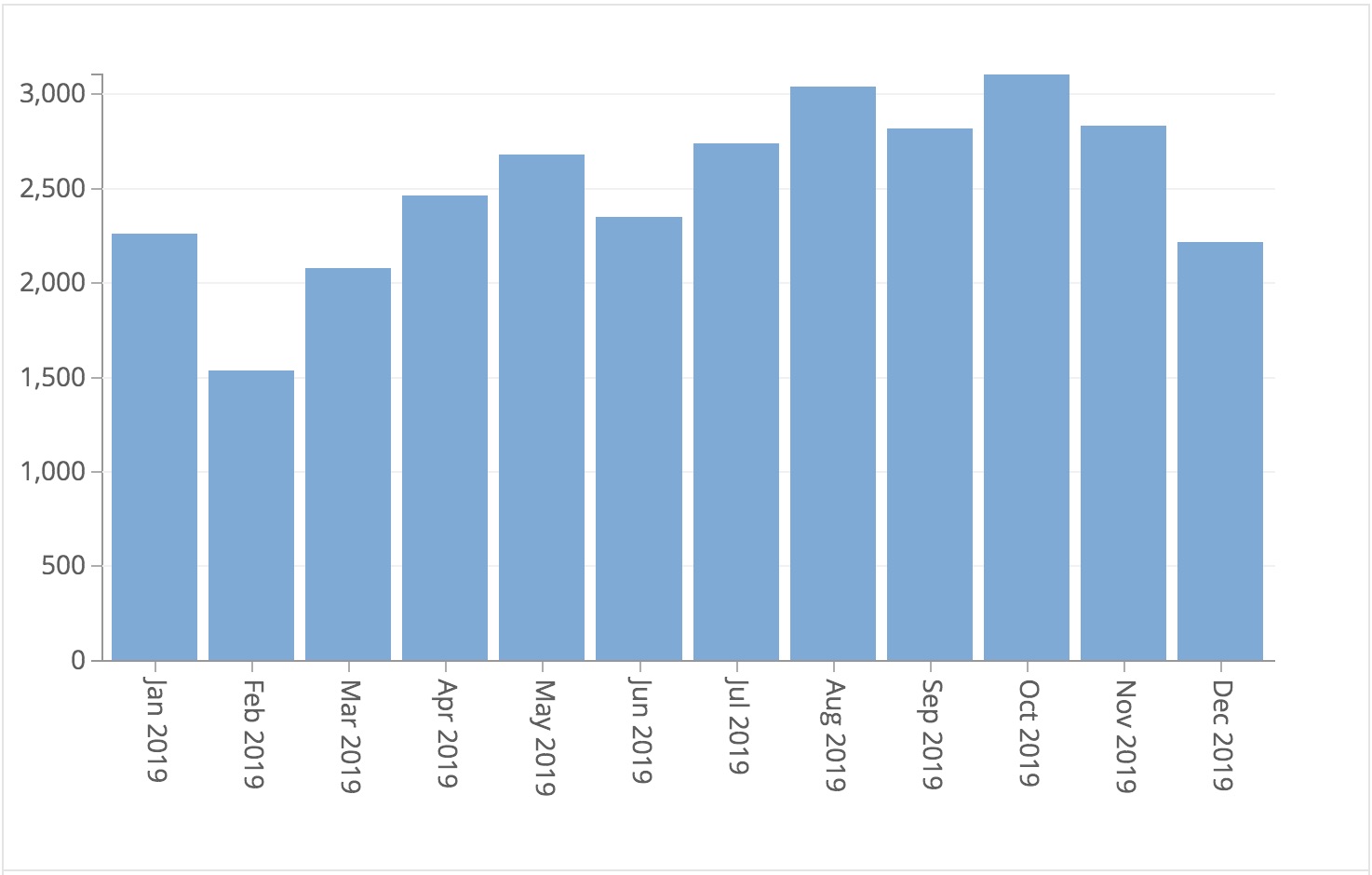 The city launched a $750,000 “poop patrol” in September 2018 to combat the poop plague, though that hasn’t stopped this year’s numbers from topping last year’s numbers.

The city’s incoming district attorney, left-winger Chesa Boudin, pledged during his campaign not to prosecute quality-of-life crimes such as public urination. (RELATED: San Francisco’s New DA: Public Urination ‘Will Not Be Prosecuted’)

“We will not prosecute cases involving quality-of-life crimes. Crimes such as public camping, offering or soliciting sex, public urination, blocking a sidewalk, etc., should not and will not be prosecuted,” Boudin said in response to an American Civil Liberty Union questionnaire, adding that “we have a long way to go to decriminalize poverty and homelessness.”

San Francisco Mayor London Breed, a Democrat, described in a July 2018 interview how the city is drowning in poop. “There is more feces on the sidewalks than I’ve ever seen growing up here,” she said. “That is a huge problem and we are not just talking about from dogs — we’re talking about from humans.” Her office did not return the DCNF’s request for comment for this article.