Pro-life lawmakers and advocates passed a tidal wave of pro-life legislation in 2019, the same year in which President Donald Trump cut down taxpayer funding for family planning clinics across the nation.

That same month, Democratic Virginia Delegate Kathy Tran introduced HB 2491, a bill she said would allow doctors to perform abortions even if the mother is about to give birth. A video of Tran saying as much prompted debate from Republicans and Democrats alike.

Republican Alabama Gov. Kay Ivey signed the most restrictive law in the United States in May, banning all abortions without exceptions for rape or incest. The law was passed with the intention of challenging Roe v. Wade and makes an exception if the birth presents a serious health risk to the mother.

Much of this legislation was met with lawsuits pushed by the American Civil Liberties Union (ACLU), lawsuits that resulted in the temporary blockage of pro-life legislation in Alabama, Georgia, Missouri, Arkansas, Kentucky, Ohio, and Utah. The ACLU did not respond to a request for comment from the Daily Caller News Foundation as to how many pieces of pro-life legislation the organization blocked or attempted to block in 2019.

Politicians, listen closely: We have a constitutional right to abortion. If you try to ban it, we will see you in court.

The Trump administration took action to fulfill the president’s promise to defund Planned Parenthood by declaring in July that taxpayer-funded clinics must stop referring women for abortions effective immediately. Family planning clinics that refer women for abortions will be stripped of their Title X funding.

The rules require organizations that perform abortions or make abortion referrals to do so in separate buildings from those that receive Title X federal funds — a move that could cost Planned Parenthood millions of dollars. But Planned Parenthood opted to leave the program rather than stop performing abortions and did so in August.

“We will not be bullied into withholding abortion information from our patients,” acting Planned Parenthood President Alexis McGill Johnson said at the time. 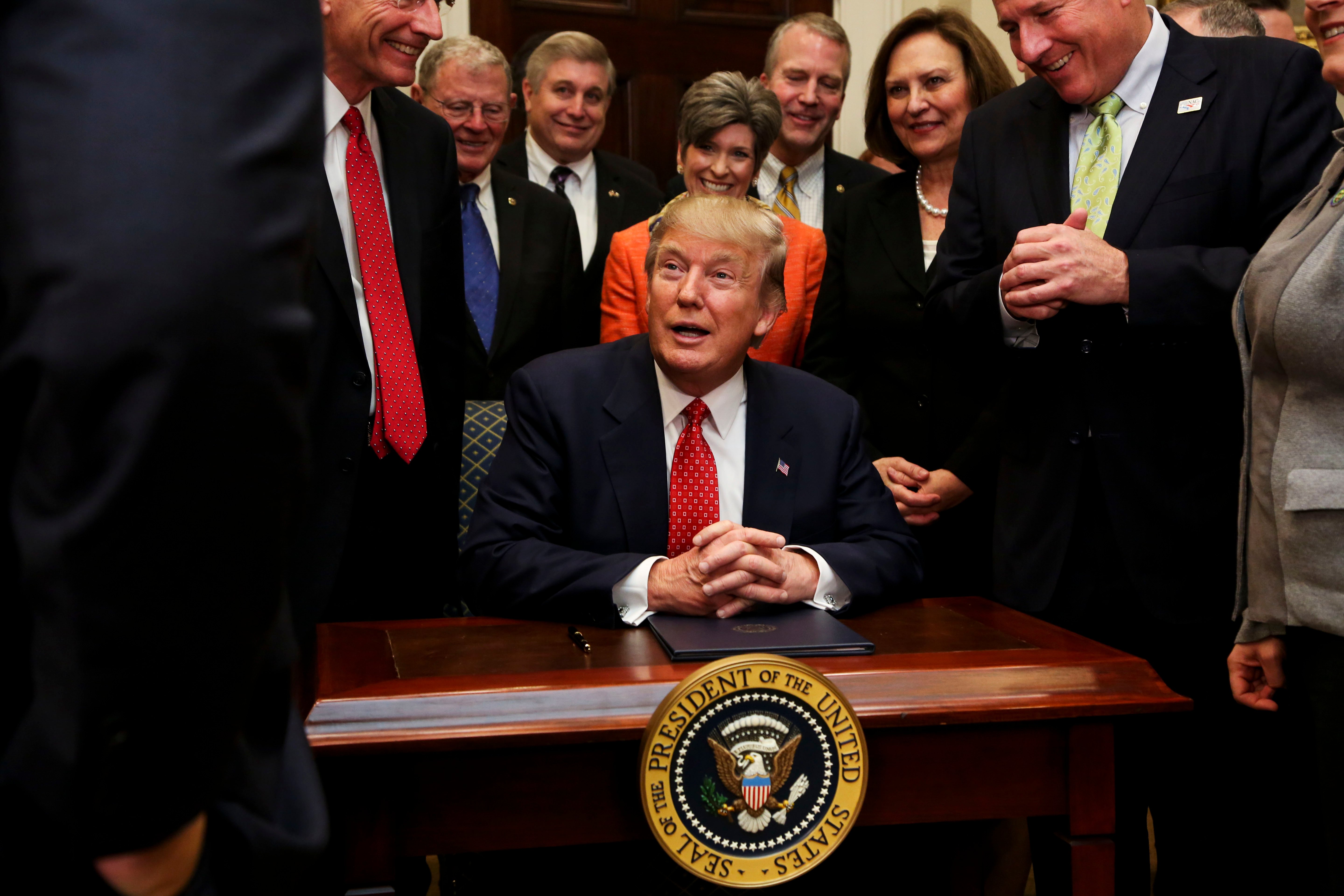 President Donald Trump speaks in the Roosevelt Room of the White House in Washington, D.C. (Photo by Aude Guerrucci-Pool/Getty Images)

Pro-Abortion Policies Took A Hit in 2019

State trend analyst for the Guttmacher Institute Elizabeth Nash spoke out about the increase in pro-life legislation across the United States in an interview with BuzzFeed News published Dec. 17.

Nash, who has studied abortion legislation at the state level since 1999, noted that pro-abortion policies took a hit in 2019.

“It’s been a rough decade for those that support abortion rights,” Nash told BuzzFeed, adding that pro-life policies are growing “like a steady drumbeat getting louder each year.” (RELATED: More Than Two-Thirds Of Americans Support State Safeguards On Abortions, Poll Shows)

“In January 2011, the bills just started flying; the restrictions started moving very quickly,” Nash said. “It kick-started the wave of abortion restrictions we’ve been seeing to this day, and because the pendulum hasn’t fully swung back on the state level, it’s been hard to push back.”

Pro-abortion advocates said for the first half of the decade that “extreme” bans on abortion would never hold up to court challenges, BuzzFeed reported, but after the election of Trump and the confirmation of Supreme Court Justice Brett Kavanaugh, they began to see differently.

“After this large wave of restrictions moving across the country for the past several years, legislators in those states were primed to start passing abortion bans because they’d already passed every other restriction,” Nash said.

“There was not much left to do besides ban abortion … to finally take a real step toward their ultimate goal, to ban abortion, whether it’s piling on restrictions or banning it entirely.”

There have been 27 bans on abortion since Kavanaugh’s confirmation — “at rates this country has never seen before,” BuzzFeed reported. Several states adopted legislation in 2019 immediately banning abortion if Roe v. Wade is overturned: Arkansas, Kentucky, Missouri, and Tennessee.

“Pro-life momentum is surging across the country leading into 2020,” SBA List president Marjorie Dannenfelser told the DCNF. “In 2019 alone, 60 pro-life laws have been passed in state legislatures across the country.

She praised Trump as the “most effective pro-life president in the history of our nation” and promising that SBA List “will make 4 million visits to voters before Election Day to secure the reelection of President Trump and the Senate.”

“The nation is poised to protect life in 2020,” Dannenfelser added. “SBA List is committed to maintaining all these pro-life wins and more.”

AUL president and CEO Catherine Glenn Foster told the DCNF it “certainly looks as if 2020 will be a critical year for human life in America,” calling the U.S. Supreme Court’s June Medical Services v. Gee “the most prominent of many life issues on the national agenda.”

Foster added that the AUL is not just considering the year ahead, but “ultimately the decade ahead and beyond.”

“The fight for the human right to life will be an intergenerational fight across the full spectrum of issues,” Foster said.

March for Life president Jeanne Mancini also said the March for Life looks forward to a positive decision in June Medical Services v. Gee, a case Mancini noted “highlights the devastating effect abortion has not only on children but on women as well.”

“We will continue to grow our state outreach in anticipation of more activity in all 50 states and look forward to the official state marches we will be partnering with,” she said. “Voter registration will also be a key part of our work as we enter a very important election year.”

Rose also told the DCNF that Live Action is prepared to face suppression on social media in 2020, describing how the organization was suppressed on Facebook, on Twitter, and on Pinterest during the past year.

“Even with this level of Silicon Valley suppression, Live Action is seeing the pro-life movement grow at rapid speeds and increased calls for our content to be distributed globally to change more hearts and minds,” she said.

The Live Action president warned politicians that “the people who respect life” are watching them and waiting for them to do the right thing: to defund Planned Parenthood of all taxpayer dollars and to protect “our youngest, most vulnerable Americans.”

“To the youth of our nation, be strong and remain steadfast,” Rose added. “Abortion is the greatest human rights abuse of our time. All of us born after Roe v. Wade are survivors of legal abortion and we are determined to create a nation where every child is protected by both love and by law.”