Disgraced actor Jussie Smollett will not be making a surprise appearance on the final season of Fox’s “Empire.”

Last month, reports that Smollett could be returning to the show surfaced yet again, according to a report published Tuesday by TVLine. 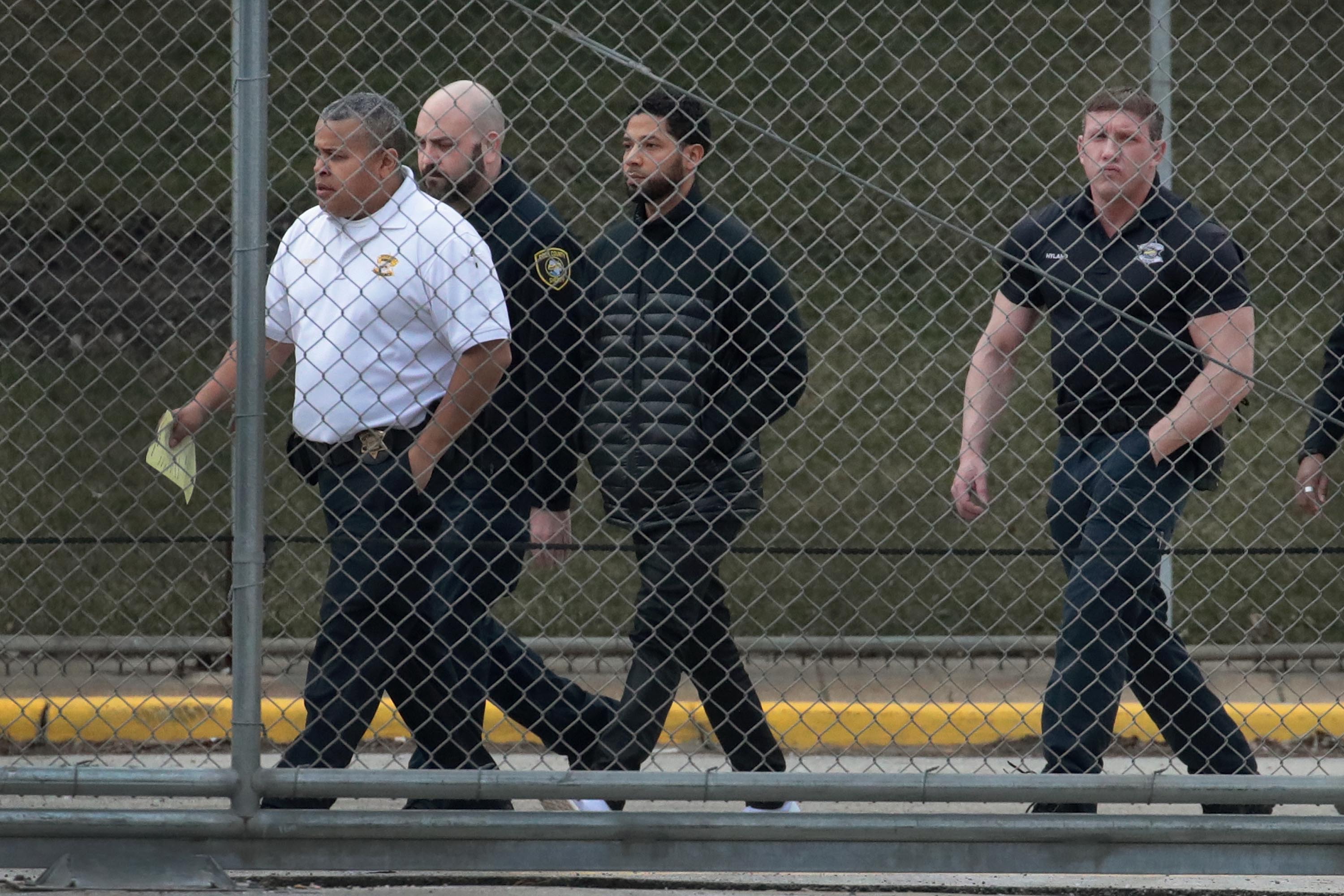 Guards walk with Empire actor Jussie Smollett before he is released on bond from Cook County jail on February 21, 2019 in Chicago, Illinois. Smollett has been accused with arranging a homophobic, racist attack against himself in an attempt to raise his profile because he was dissatisfied with his salary. (Photo by Scott Olson/Getty Images)

“We’re not going to bring Jussie back to the show,” Thorn told TVLine.

“There were a number of factors that went into the decision to not bring him back,” he continued. “There were many points of view about if he should come back or if he shouldn’t. As hard as a decision as that was, for us — and when I say us I mean the network, the studio and the producers — it felt like it was in the best interests of the show and the cast.”

The decision to remove Smollett from “Empire” came after he claimed he was the victim of a hate crime hoax in Chicago. (RELATED: Jussie Smollett Could Be Joining ‘Empire’ For Series Finale, Showrunner Says)

“Our hope is that all of the controversy surrounding Jussie doesn’t overshadow the show, which we think is bigger than him,” Thorn added.

As previously reported, showrunner Brett Mahoney and other cast members have expressed their desire for the actor to return to the show.

“It would be weird in my mind to end this family show and this family drama of which he was such a significant part of without seeing him,” Mahoney said.