Democrats in the House of Representatives blocked a vote Tuesday to support the protesters in Iran who are demonstrating against the regime.

Consideration and a vote on House Minority Leader Kevin McCarthy’s resolution was blocked because Democrats advanced the previous question, by a vote of 226-191. The resolution would have condemned the Government of Iran for killing 1,500 Iranian citizens who were protesting their government, as well as condemned the Government of Iran for shooting down Ukraine International Airlines Flight 752, killing 176 people.

In addition, the resolution; “(3) condemns the Government of Iran for repeatedly lying to its people and to the world about its responsibility for the downing of Ukraine International Airlines Flight 752; (4) calls on the Government of Iran to— (A) refrain from the use of violence; and (B) protect the rights of freedom of expression and peaceful assembly; and (5) supports the protestors in Iran, their demands for accountability, and their desire for the Government of Iran to respect freedom and human rights.”

“What a disappointment —Democrats just blocked a vote on a resolution supporting the Iranian protestors. This is not the time for partisan politics. This should be a time for the US Congress to speak with one voice to condemn an Iranian regime that kills its own people,” House Minority Leader Kevin McCarthy said in a tweet. 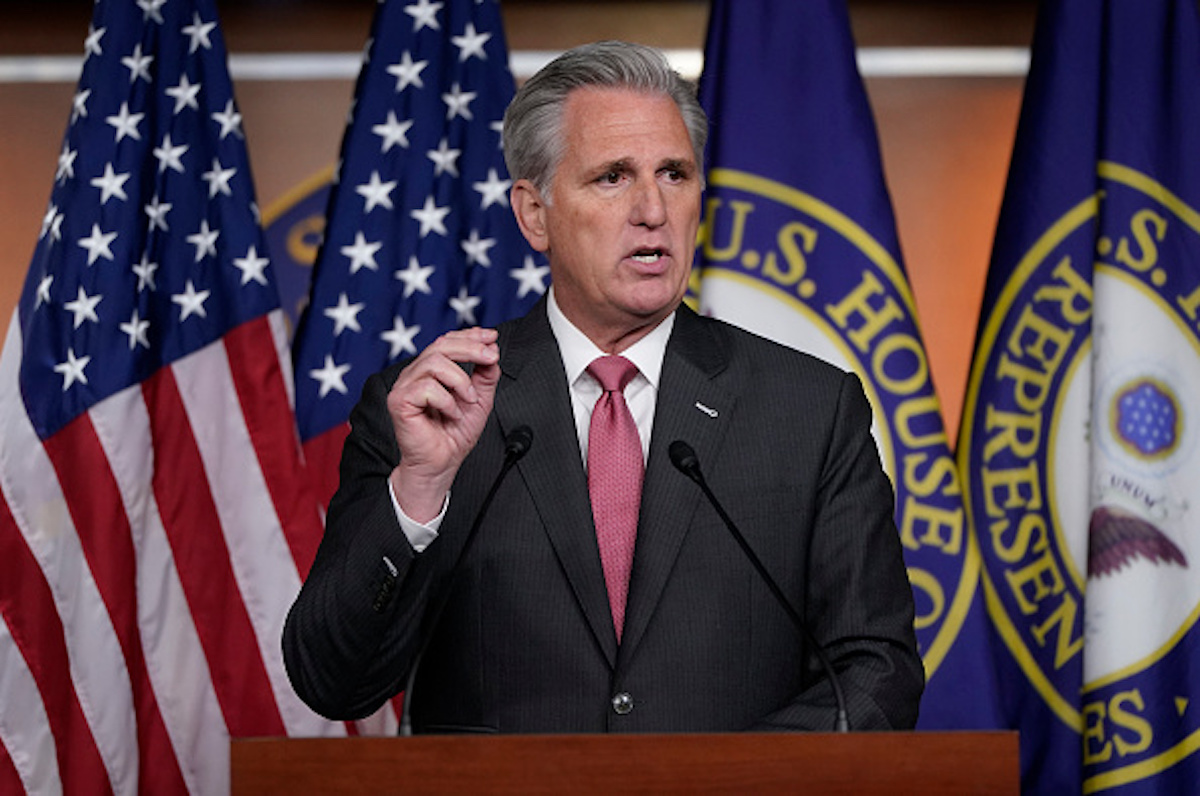 McCarthy announced Monday he will introduce the resolution in support of the protesters in Iran. The House Minority Leader made the announcement on Twitter as Iranian security forces reportedly fired tear gas and live ammunition on protesters in the streets Sunday. The California Republican said “The world is watching,” and that “the people of Iran need to know that they are not alone in this pivotal moment.” (RELATED: Kevin McCarthy Will Introduce Resolution In Support Of Iranian Protestors)

The resolution comes as Trump tweeted his support for anti-government Iranian protesters on Saturday night, saying, “I’ve stood with you since the beginning of my Presidency, and my Administration will continue to stand with you. We are following your protests closely, and are inspired by your courage.” (RELATED: Iranian Security Forces Reportedly Firing Live Ammunition At Protesters Angry With Regime)

Many of the protesters are upset about the news that their government accidentally shot down a Ukrainian airliner carrying 176 people six days after the killing of Iranian Gen. Qasem Soleimani on Jan. 2.