Democrats on the House Judiciary Committee announced that they are investigating the Trump administration’s Migrant Protection Protocols initiative, calling into question the program’s legality.

The House Judiciary Subcommittee on Immigration and Citizenship delivered a letter to acting Homeland Security Secretary Chad Wolf on Tuesday, announcing its investigation into the administration’s Migrant Protection Protocols program, more popularly referred to as “Remain in Mexico.”

Democratic members trashed the “Remain in Mexico” program as dangerous and legally dubious, and demanded the Department of Homeland Security (DHS) hand over numerous documents and statistics so they can move forward with an investigation into its effects.

“We write to renew our objections to the ‘Migrant Protection Protocols’ (MPP), as we continue to question the policy’s legality and remain deeply concerned about its impact on vulnerable populations,” the Democrats wrote in the letter. “We strongly believe that MPP is a dangerously flawed policy that threatens the health and safety of legitimate asylum seekers — including women, children, and families — and should be abandoned.”

Asylum seekers wait for bottled water at an immigrant camp on December 09, 2019 in Brownsville, Texas, across the river from the border town of Matamoros, Mexico. (Photo by John Moore/Getty Images)

The message was signed by Democratic New York Rep. Jerrold Nadler, the chairman of the Judiciary Committee, and Democratic California Rep. Zoe Lofgren, the chairwoman of the Subcommittee on Immigration and Citizenship. Six other Democrats on the subcommittee were also part of the announcement.

“The House Judiciary Committee has held hearings, sent oversight letters, and participated in a variety of staff-level briefings in which administration officials have been unable or unwilling to answer basic questions relating to MPP,” the letter continued. “A comprehensive review of the policy, its implementation, and its impact on vulnerable populations is necessary.”

First launched in January 2019, “Remain in Mexico” has been an instrumental tool for the Trump administration in its mission to control the southern border crisis.

Under the program, foreign nationals who reach the U.S.-Mexico border and claim asylum must wait in Mexico for the entire duration of their court proceedings. This mostly eliminates the possibility of “catch and release,” where migrants are apprehended by Border Patrol, but due to the vast number of those in custody, they are quickly released into the interior of the country with the promise that they return on their court date.

There are roughly 50,000 foreign nationals currently under the “Remain in Mexico” program at the moment. A vast majority of them so far have not won their cases — proving Trump administration correct when they claim that many of their asylum claims are dubious. 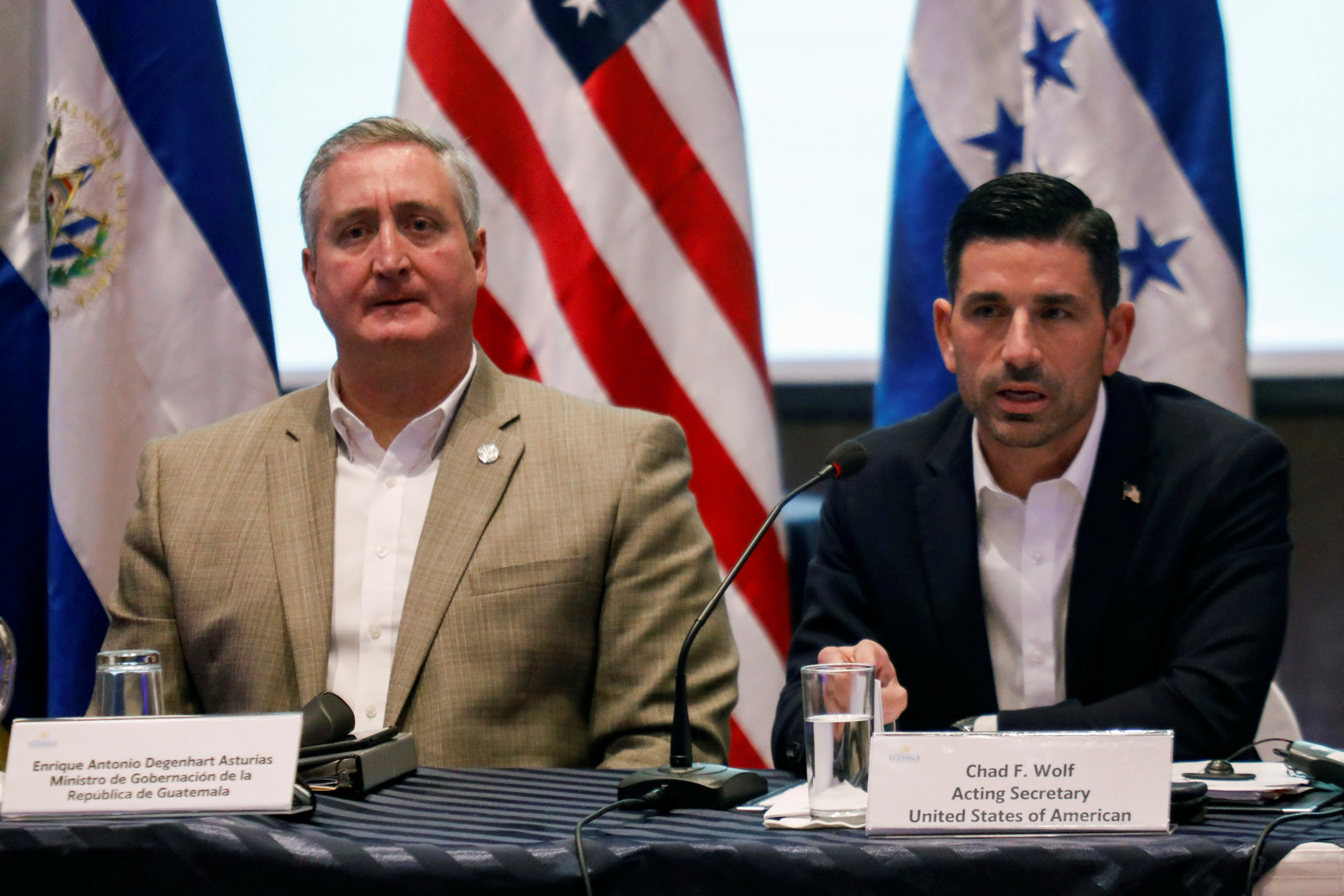 Every senior administration official within DHS, along with Customs and Border Protection, has credited “Remain in Mexico” has having helped stem the border crisis and brining integrity back into the U.S. immigration system. However, Democrats and immigrant-rights groups have grown incensed at the program, saying it’s forcing migrants to live in squalid and dangerous conditions in Mexico, a country that is not known for its security.

These lawmakers have long pressed the Trump administration on Remain in Mexico and its effects, but Tuesday marked the most dramatic move to scrutinize the program to date. (RELATED: ‘Time For Other States To Step Up’: Texas AG Explains Why The State Isn’t Accepting Refugees)

Democrats asked DHS for the following information: documents and correspondence about the program dating back to December 2018, the total number of people and families involved — including a demographic breakdown, the number of people placed and then removed from MPP, documents regarding tent courts erected for MPP hearings, and other pertinent documents.

Members of the committee have asked for this information by Jan. 30.