As Democratic Virginia Gov. Ralph Northam declares a state of emergency ahead of a gun rights rally at the state capital, the localities where Virginia’s worst mass shootings took place have declared support for the Second Amendment.

Pro-gun activists have planned a demonstration outside the state capital for Monday, and Northam reacted by banning firearms from capital grounds and declaring a state of emergency. Meanwhile, Virginia Beach City – the site of a May 2019 mass shooting that took the lives of 12 – voted to become a Second Amendment Sanctuary on January 7. Montgomery County, where the infamous 2007 Virginia Tech shooting took place, reaffirmed its support for the Second Amendment in December.

The resolution makes the city one of more than 100 Virginia jurisdictions to declare themselves a “Second Amendment Sanctuary,” where local officials vow not to use their resources to assist the state government in enforcing any new gun control legislation. 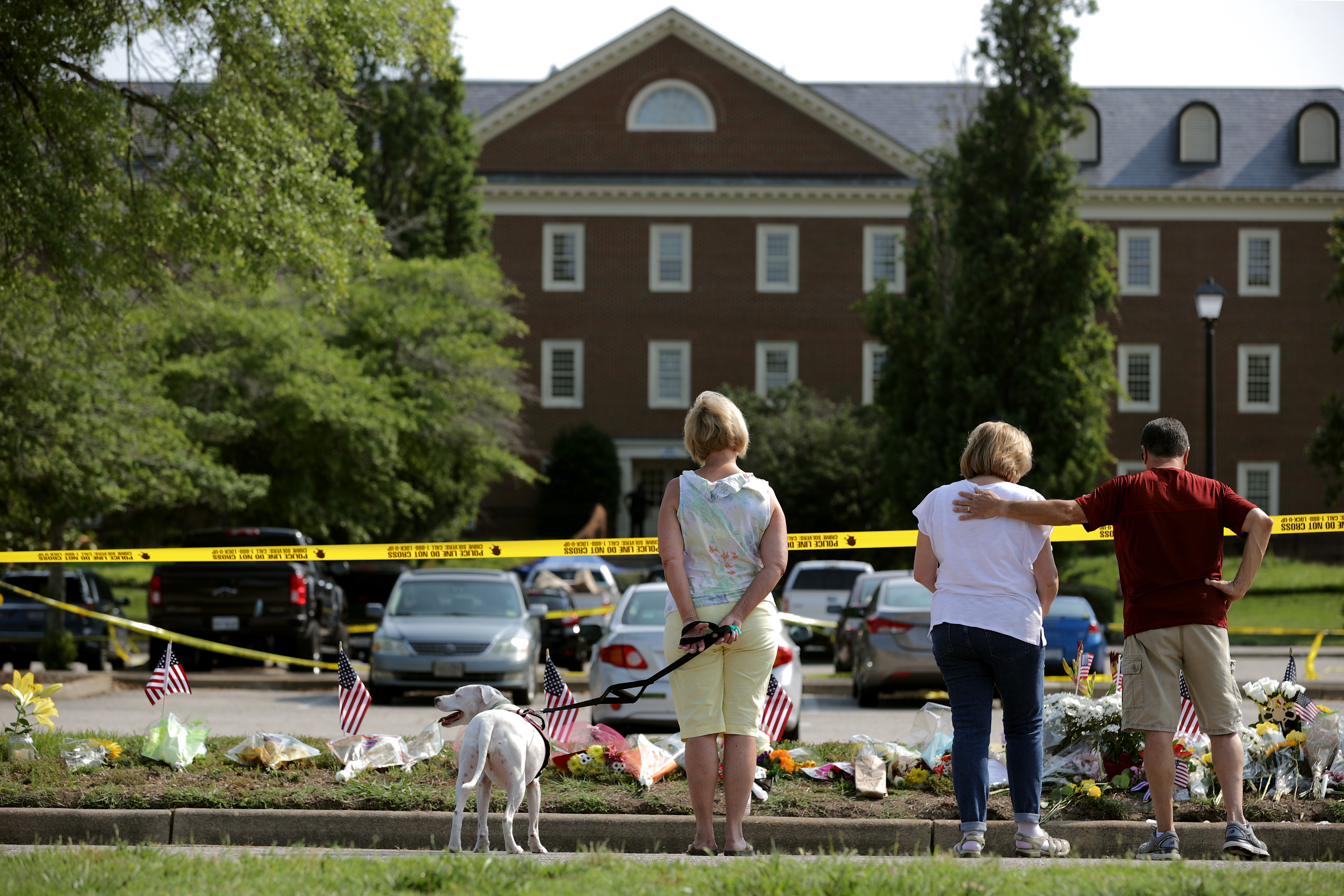 VIRGINIA BEACH, VIRGINIA – JUNE 02: People stop to pay their respects to those killed in a mass shooting at a makeshift memorial outside the City of Virginia Beach Operations Building June 02, 2019 in Virginia Beach, Virginia. Eleven city employees and one private contractor were shot to death Friday in the operations building by engineer DeWayne Craddock who had worked for the city for 15 years. (Chip Somodevilla/Getty Images)

Democrats argue the bills are necessary to stop mass shootings, but Virginia Beach, a city that suffered one of those shootings in the past 12 months, has rejected the legislation. (RELATED: Here Are Some Of The Craziest Bills Democrats Have Introduced Now That They Control Virginia Government)

The shooting came when a disgruntled municipal employee opened fire on his colleagues with a .45 caliber handgun in May 2019, killing 12 and wounding four others. Nevertheless, the majority of people attending the city council vote came out in support of gun rights, according to CBS News.

Similarly, Montgomery County his home to Virginia Tech, the site of one of America’s first and most devastating mass shootings, taking the lives of 33 students and faculty. Nevertheless, the county board voted to reaffirm its commitment to the Second Amendment in the face of Northam’s legislation, though it did not declare itself a sanctuary jurisdiction.

Virginia’s Governor Ralph Northam delivers a speech at the 2019 African Landing Commemorative Ceremony, observing the 400 year anniversary of the arrival of the first enslaved Africans in Virginia, in Hampton, Virginia, U.S., August 24, 2019. REUTERS/Michael A. McCoy

Correction: the Resolution to Reaffirm the Board’s Commitment to Uphold the Second Amendment was approved, 4-3. https://t.co/vjQnh9ZR3L #montvaBOS

Northam, however, argues the his legislation doesn’t violate anyone’s rights under the U.S. or Virginia constitutions. Northam announced the package roughly a month after the Virginia Beach shooting.

“Our eight pieces of gun legislation don’t threaten the Second Amendment … They are all constitutional.” He added, “We have no intention of calling out the National Guard. We’re not going to cut off people’s electricity. We’re not going to go door to door and confiscate people’s weapons. We’re going to pass common sense legislation that will keep guns out of dangerous hands and keep Virginia safer.” (RELATED: Weeks After Blackface, KKK Photo Surfaced, Ralph Northam Still In Office)

Four of the bills passed out of Senate committee Monday. They would require residents to wait 30 days between handgun purchases, allow police to confiscate firearms from people deemed to be a risk to themselves or others, allow localities to set up permanent and temporary gun-free zones, and require background checks for all gun purchases, according to the Washington Post.

The remaining four bills that have yet to advance would ban assault weapons and various weapon accessories such as high-capacity magazines and bump stocks, require residents to report firearms stolen or lost within 24 hours; prevent anyone with a restraining order from owning a firearm, and raise the punishment for allowing minors access to a loaded, unsecured firearm from a class 3 misdemeanor to a class 6 felony, according to ABC13.

There remains some doubt as to the actual effect of cities and counties declaring themselves sanctuary jurisdictions, however. VA Attorney General Mark Herring issued a legal opinion in late December declaring that sanctuary resolutions had “no force of law.”

Nevertheless, vast swaths of Virginia have made such resolutions, and some sheriffs have gone so far as to vow to deputize local residents to protect them from any potential legislation. Republican members of the General Assembly have also issued warnings to their Democratic colleagues.

“I tell my constituents all the time, I don’t have the votes to stop any of this. I can’t stop any of this by myself. Our caucus can’t stop this collectively, but the citizens of Virginia can stop this by standing up for their rights and they’re doing that all over Virginia,” Republican Delegate Todd Gilbert said Monday. “I hope House Democrats and Senate Democrats are listening because they are about to fracture this commonwealth, turning it into two Virginias.”

1
Here Are All The Funding Landmines Congress Stuffed Into The 3rd Coronavirus Stimulus Bill
Politics
2
'We Don't Live In A Police State': Ted Cruz Blasts Democrats For 'Driving A Car Alone' Citation
US
3
'Lost The Credibility': WHO Faces Mounting Backlash For Aiding China's Coronavirus Cover Up
World
4
Trump Announces US Has Tested 1.67 Million People For Coronavirus, The Most By Any Country
Politics
5
Joe Exotic Of 'Tiger King' Held In Quarantine Over COVID-19 Concerns After Being Transferred To Federal Prison
Entertainment