Republican South Carolina Sen. Lindsey Graham said Wednesday he wants to know why no one is asking about former Vice President Joe Biden’s son, Hunter Biden, and how he made his money in Ukraine.

“As to the Bidens, I can promise you no one has looked at whether or not there was a conflict of interest, and no one has taken the time to explain how Hunter Biden got rich in the Ukraine and his father didn’t know anything about it,” Graham said. “As much as I like Joe Biden, if it were Lindsey Graham or Mike Pence or Donald Trump, you would be looking.”

“I don’t think Joe Biden is corrupt, but I don’t think he is beyond being looked at. I love Joe Biden, but I can tell you I am not going to sit on the sidelines and just watch the Trumps be looked at,” Graham continued. “I didn’t ask for this. I will tell you that Joe Biden is one of the finest men I know, but he’s got to explain this. Somebody needs to look at this.”

“Here’s what I would say, how many members of the body, children, are on foreign boards receiving this kind of money,? Graham asked reporters. 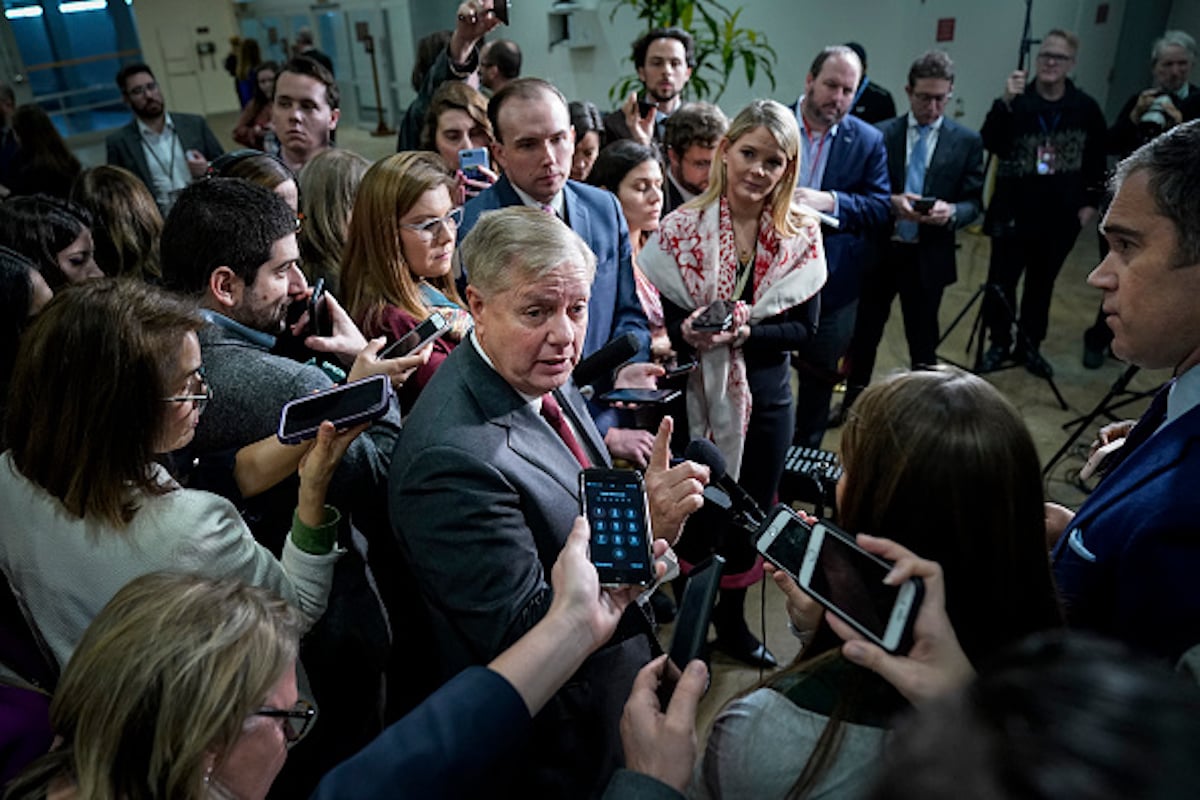 The comments come after Graham and a group of Republican senators held a press conference Wednesday afternoon to criticize Democrats for the way they have been handling the impeachment process against President Donald Trump. (RELATED: Graham Rips Democrats Over Trump Impeachment Process: ‘I Wouldn’t Cooperate’)

“When it comes to replacing (Trump) 9 months plus from the election, you got an uphill battle with me because I really do believe that the best person — group of people to pick a president — are the voters, not a bunch of partisan politicians,” Graham said. “To my Democratic colleagues, you can say what you want about me but I am covering up nothing.”

Senate Majority Leader Mitch McConnell made a change to a resolution Tuesday that will lengthen President Donald Trump’s impeachment trial in the Senate by at least one day. (RELATED: EXCLUSIVE: We Asked Every GOP Senator About Impeachment. Seven Ruled It Out.)

The altered resolution will give both sides 24 hours to argue their case over three trial days instead of two as originally planned. Senators would then be given 16 hours for questioning. The schedule would mean a break from the previously scheduled 12-hour days of argument in the Senate. The impeachment trial could be over before Trump’s scheduled State of the Union address, on Feb. 4.